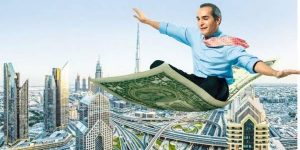 Emirate tops global rankings in the region for expat salaries

Expats in Dubai earn more than any other city in the Mena region and also higher than most of the global cities.

According to the latest HSBC Expat Explorer survey released on Monday, average salary for expats in Dubai is $138,177 (Dh507,110) per annum, ranking the emirate at No.11 among top 30 global cities.

Mumbai tops with an average expat earning of around $217,165 in India’s commercial capital.

Around 72 per cent of expats claimed in the survey that they have more disposable income here in Dubai than they had back home.

It is not just the personal finance where the emirate is rated higher by the expats. In fact, Dubai has also done exceptionally well for leisure facilities, social life, security, cleanliness and – above all – employments levels for foreigner workers.

The survey results showed that 92 per cent of expatriates are employed which is the second highest level among the top 30 global cities.

“It is not at all surprising to see that Dubai continues to be the destination of choice for job prospects. Dubai has the second highest expat employment levels in the world, with 92 per cent of expats in employment. Of those, 83 per cent are currently in full-time employment. This is a clear testament of the great progress the government has made in creating a diversified economic model,” said Marwan Hadi, head of Retail Banking and Wealth Management, HSBC, UAE.

The survey is based on the personal income of an individual’s total income received from all sources including wages, salaries or rent before tax deduction.

Surandar Jesrani, CEO, Morison MJS Tax Consultancy, said higher income in Dubai as compared to other cities is mainly due to low tax rates in the emirate.

“The Western countries have payroll tax and it is as high as 52 per cent in Belgium. But the net salary we enjoy here is higher because of low taxation. Plus, the other reason is Dubai attracts better talent, hence, better pay, too,” Jesrani said, adding that value-added tax (VAT) professionals who recently moved from India and other Asian countries to the UAE and other GCC countries preferred Dubai because of better social life.

Devesh Mamtani, head of Investments and Advisory at Century Financial Brokerage, said being an oasis of stability has helped Dubai attract billions of dollars’ worth of investment, which has helped created a thriving financial center as well trading hub.

He pointed out that most of the jobs offered in Dubai are full time and this helps in enhancing the earnings of employees.

“Salaries are not taxed and this boosts the disposable income of employees in this region, when compared to London or New York, which are taxed heavily. A trader or investment banker in Dubai will be able to save substantially more amount than his counterparts in London or New York. Laws like WPS (Wage Protection System) ensure that salaries are paid on time and labour abuses are minimised,” Mamtani added.

According to HSBC survey, the bustling city of Dubai is rated higher than London, San Francisco, Paris, New York, and Angeles for active social life as 36 per cent of expats enjoy a busier and better social life since they moved to the emirate.

Hadi said expats have selected Dubai as their home away from home because they enjoy the city’s social life, its fantastic food scene, the cleanliness, safety, and the excellent leisure facilities it offers.