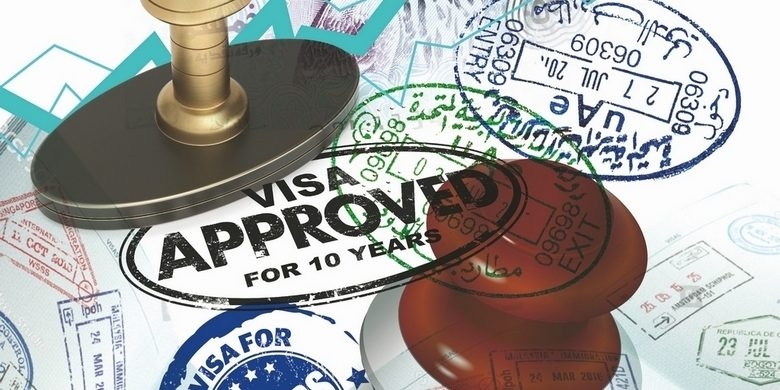 Initiatives give opportunities to entrepreneurs, companies to maximise their potential, in turn further propping up nation

The UAE is led by a vision to build a knowledge-based economy and this is affirmed by a slew of measures it has undertaken to facilitate entrepreneurs in the country as well as foreign investors. The series of visa reforms initiated by the government will enhance the UAE’s attractiveness among expats, encouraging knowledge workers to pursue longer stints in the country. The presence of rich expat talent will persuade foreign companies to enter and operate from the UAE.

Typing centres in Dubai are seeing an unusual rush for investors applying for five- and 10-year visas.

“We have lot of enquiries for five- and 10-year visas, which are being issued from immigration and land departments only. Investors are showing more confidence and they are willing to invest more in the UAE, which will assure surge in the cash flow,” Firose Khan, manager of Arabian Business Centre, said.

The UAE government has opened up visas to welcome foreign investments and boost trade ties as it serves the Mena region as the gateway for the same. The Federal Authority for Identity and Citizenship issued the first Golden Residence Permit in Abu Dhabi, as part of the Investors Permanent Residence System implemented under a UAE Cabinet resolution, which aims to help investors, entrepreneurs and qualified individuals who meet its criteria.

The authority stated that it launched the programme to assist eligible investors numbering 6,800, as well as brief them about the new system and its features. The first batch of 6,800 investors with Dh100 billion worth of investments were to be  granted the Gold Card. The UAE announced that it would grant five- or 10-year residency visas to investors, entrepreneurs, specialists in the medical, scientific, research and technical fields, and ‘outstanding’ students to “facilitate business and create an attractive and encouraging investment environment” in the country. The visa benefits also extend to the wider family (spouse and children). The government also introduced long-term culture visas for the artists in early October 2019.

Henri Hazougi, managing director of Business Setup Consultants, said: “The newly-introduced types of visas have opened up new investment opportunities and supported mainly the startup and micro business owners who are looking for new market and opportunities.”

Dubai and Abu Dhabi have been at the forefront to launch new strategies that will help evolve, the UAE as a most progressive nation. On average, the Department of Economic Development issues 2,000-2,500 new licences in Dubai. However, the launch of the Virtual Company Licence is expected to attract more than 100,000 companies in the long term and it should help strengthen the knowledge economy of Dubai. The new initiatives are likely to attract more private sector investment and will help in diversifying the economy.

“Dubai has launched the Virtual Company Licence, which has helped it take a giant leap forward in business regulation and ease of doing business. The new licence will help entrepreneurs have bank accounts, enable document signing and submission digitally, secure e-residences and will be focused on creative industries, technology and services. The Virtual Company Licence is part of the virtual city programme and will be applicable to only residents of countries that have implemented the Convention on Mutual Administrative Assistance in Tax Matters and share tax information about their citizens and residents,” said Vijay Valecha, a chief investment officer of Century Financial.

GCC governments can generate an incremental of $3.4 billion annually by aligning investments in the leisure and entertainment sector with consumers’ needs, according to a new insight by the Ideation Center, the think tank for Strategy

Preferred destination for trade and investment

The UAE has always stood out as the preferred destination for foreign investments and trade in the Mena region due to its progressive policies. The introduction of new visa rules would further enrich its status, says an expert.

MR Raghu, managing director of Marmore Mena Intelligence, said the new visa regime will be a boost to the non-oil economy, bringing further foreign investments into the country.

“As these investments are expected to go into the private sector, it will increase business competitiveness, create more jobs and help in diversification of government revenues from oil in the long run,” he said.

Expats, if encouraged to stay longer, they are more likely to invest or spend their income locally rather than remitting it back to their home country, thereby increasing consumer spending.

“As consumer spending increases, tax revenues from VAT would also be boosted. Tourism and hospitality, which is one of the key non-oil industries in the country is likely to see higher traction, with new visa regulations being friendlier for tourists. Retail is another sector that is expected to benefit from the higher consumer spending,” added Raghu.

The various measures taken by the UAE government to boost Emiratisation in key economic sectors while embracing the global talent has encouraged businesses to scout and retain top talent.

Krishnan Ramachandran, chief executive officer of Barjeel Geojit, said the UAE has rolled out a series on visa reforms and initiatives to attract and retain the best businesses and talent in the country.

“Businesses, professionals, experts, investors, students and families have been a beneficiaries to the all-inclusive visa concessions extended to UAE residents across the economic and social strata spectrum. These proactive measures has enabled business confidence to improve and is likely to see a quantum jump in investments into the UAE,” he said.

The new measures, along with the recent reforms, allowing 100 per cent foreign ownership in about 122 activities will see sustainable long term capital investments into the UAE.

“The long-term growth strategy will position the UAE, globally as an attractive destination for businesses and services. These initiatives will provide the much needed fillip to the UAE economy and contribute to its overall growth,” he added.

Therefore, it is important for governments to encourage the development of various categories from museums and galleries to live performances in theatres and concert halls as well as theme parks and accessible neighbourhood entertainment.

Tourists, residents and citizens’ visits to these attractions will provide direct revenues to the attractions themselves as well as indirect benefits in increased spend on travel services, accommodation, food and beverage and retail.

Karim Sarkis, senior executive advisor at Strategy& Middle East, said cultural tourism is an established means of attracting visitors to a country by highlighting its offerings.

“Cultural attractions therefore need to be marketed creatively to entice a broader audience and they need to offer edutainment experiences that are memorable. Cultural tourists tend to spend more than the average tourist and on services such as accommodation, F&B, so they generate direct and indirect economic benefit and help create jobs in the cultural attractions and in their supporting services,” he said.