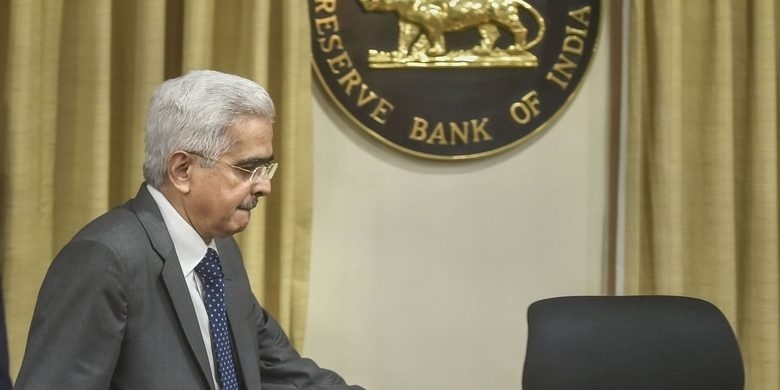 Central bank in fifth straight cut this year, will stick to accommodative stance as needed

The government of Indian Prime Minister Narendra Modi is evidently working hard to bring in reforms that will ease every hurdle in making the country a preferred investment destination.

The slew of measures introduced in the last nine months is a clear indication that it is adopting investor-friendly measures and a further interest rate cut of 25 basis points announced by the Reserve Bank of India (RBI) on Friday only affirms the government’s agenda to make India stronger and more resilient.

The Monetary Policy Committee (MPC) of the RBI slashed the repo rate, the rate at which it lends to banks, by 25bps for the fifth straight time in 2019 to stem the economic slowdown amid an uncertain global scenario and a softening of crude oil prices. The repo rate now stands at 5.15 per cent.

RBI governor Shaktikanta Das, in a statement, said: “The MPC has decided to continue with an ‘accommodative’ stance ‘as long as it is necessary’ to revive growth, while ensuring that inflation remains within the target.”

However, the MPC’s decision to cut its GDP growth rate forecast sharply to 6.1 per cent from 6.9 per cent, taking into account the lower-than-expected growth rate, was as a dampener and impacted the Indian stock market.

Falling for a fourth straight session, the BSE Sensex came off nearly 800 points from the day’s high as the index settled with a loss of 434 points after the RBI slashed its GDP forecast.

Vijay Valecha, chief investment officer of Century Financial, said: “Given the weak economic data, the RBI is likely to continue with the dovish monetary policy for the time being and this could lead to further reduction in NRE fixed deposit rates. The Indian rupee might depreciate further as the policy establishment will try to boost growth by making exports more competitive.”

M.R. Raghu, managing director of Marmore Mena Intelligence, said: “The RBI is clearly focused on the economic growth and is doing everything to support it. Low rates will bring investments and confidence back. Lowering the rate has become a global thing and India is not immune to the trend. But for an emerging market like India there is certainly a limit how low rates can go.”

Growth in emerging markets including India has slowed. The key concern remains as to how much of the rate cut gets transmitted to the end-user in the financial system.

Krishnan Ramachandran, CEO of Barjeel Geojit, said: “The government has come out with a series of stimulus announcements post budget to bring in more liquidity into the markets and this rate cut is yet another step in that direction. We can, in the near term, expect equity markets to consolidate and the broad market across many sectors are likely to witness an uptick in their valuations.”

With around 135bps of rate cut delivered, the rate cut cycle is now coming towards an end. “The final rate cut might come in the next policy meet after the GDP growth numbers are announced. RBI now needs to work with the banks to ensure an effective way of rate transmission for the end borrowers to benefit,” said Srikanth Iyengar, Managing Partner, Five Capital LLP. “With an effective corporate tax rate which is one of the lowest in Asia and lower interest rates now, it’s a very good destination for NRI’s to invest in India.”

Ramesh Nair, CEO and country head for India at JLL, said: “The real estate sector is likely to witness accelerated sales owing to favourable policy reforms and the gradual transmission of rate cuts to end-consumers through lowering of mortgage rates. This move is in sync with the government’s efforts to accelerate economic activity.”

“The consecutive rate cuts have been a succor for the real estate sector thereby making it the most opportune time for buying homes. This has been reflected in the continuous improvement in the residential sales that registered a 14 per cent year-on-year growth in sales during January-September 2019 compared to the corresponding period in the previous year.”

However, much depends on how efficiently banks transmit the benefits to their homebuying borrowers, points out Anuj Puri, chairman of Anarock Property Consultants.

“An efficient transmission will lower the cost of capital not only for consumers but also for developers, making room for price revisions and further discounts. Some banks have agreed to link their lending rates to the Repo rates, but all major lending institutions need to follow suit,” he said.

The rate cut is certainly timely as most purchases for homes happen during the festive season. Surendra Hiranandani, chairman and managing director of House of Hiranandani, said: “With the festive season round the corner, we definitely welcome this move as people make huge purchases during Navaratri and Diwali. The real estate sector has been looking forward to such initiatives to boost sales as it is highly-sensitive to interest rate movements.”

Srinivasan Gopalan, CEO, Ozone Group, said: “It is a welcome step towards bringing liquidity in the sector considering the current market scenario. The rate cut of 25bps was expected and we are optimistic that with lending rates coming down marginally, there will be a speedy consumption. We are yet hopeful for further rate cut by RBI in next bi-monthly policy which is need of the hour.”