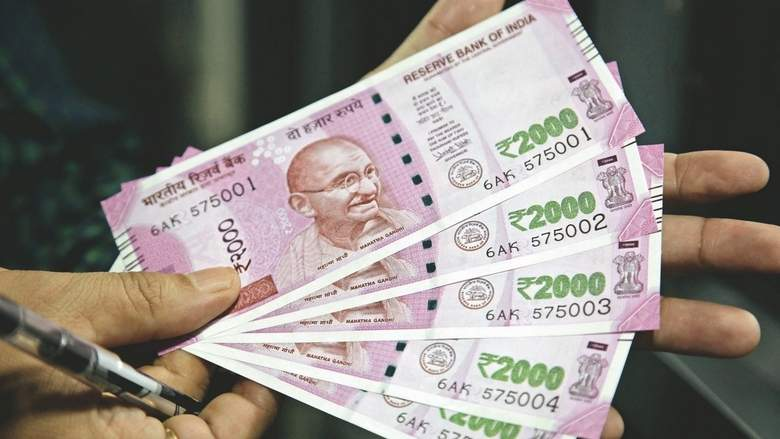 After a roller-coaster ride during the past several months, the Indian rupee is poised to stabilize into the short to medium term on the back of a steady uptick in foreign inflows, de-escalation in border tensions, easing crude prices and brisk buying in domestic equities, forex analysts said.

The rupee turned positive for 2019 on Tuesday against the dollar as foreign investors continued to buy in equities and debt ahead of general elections. The rupee was trading at 69.71 a dollar (18.99 against a UAE dirham), up 0.24 percent from its previous close of 69.89 (19.94 against the dirham). The home currency opened at 69.75 a dollar and touched a high of 69.69.

Currency experts said so far this year, the rupee has gained 0.15 percent. Since the start of the March, foreign investors have bought Indian equities worth $833.26 million and debt worth $586 million respectively.

According to the latest stock market data, year to date, foreign institutional investors have bought Indian equities worth $3.13 billion and sold $1 billion in the debt market.

Vijay Valecha, chief market analyst, Century Financial, said the gaining momentum by the ruling party in upcoming national elections along with improved corporate fundamentals are strengthening the rupee and the rally is likely to continue in the short term.

“The recent rise in border tensions has turned the tide in the favor of the ruling party and improved the ratings of Prime Minister Narendra Modi which is likely to translate into political continuity,” he said.

Valecha said investors hate the uncertainty of a coalition and prefer the continuity of the current regime. Also, Indian equity benchmark Nifty 50 is expected to show an earnings growth of 18-20 percent for FY20 supported by a turnaround in the banking sector and this should attract more foreign fund flows. “This should propel the Indian rupee higher and Dirham-INR is likely to decline to 18.60 in the coming week.

Analysts said investor confidence on domestic assets is steadily rising with the easing of geopolitical tensions and favorable fundamentals as major worries like higher oil prices and emerging market weaknesses are now things of the past. However, some analysts are of the view that the currency could come under pressure after President Donald Trump appeared to open a new front in his trade wars with a plan to end preferential trade treatment for India.

The rupee, the worst-performing currency in 2018 with a decline of 8.46 percent to a lifetime low of 74.48 against the dollar in October, lost 0.62 per cent against the dollar between February 13 and 27 as border tension escalated but gained 0.72 percent for the full month.

However, according to strategists at Morgan Stanley, who’ve told clients to sell the Indian rupee, the currency could fall further against the dollar and British pound over the coming months.

Morgan Stanley analysts argue that the rupee would depreciate due to a range of factors and are targeting a move up to 74.60 in the three-month non-deliverable-forward rate for USD/INR over the coming months.

The Reserve Bank of India cut its interest rate in February, citing improvements in the inflation outlook. Interest rate cuts are almost always bad for a currency because they reduce or worsen the relative-rate differential between one currency and another, currency experts said.

Analysts said traders would now watch consumer price inflation data for February to cement a growing possibility of a rate cut in the April monetary policy. CPI probably quickened to 2.4 percent year on year last month from 2.05 percent in January, according to a Bloomberg survey of economists.