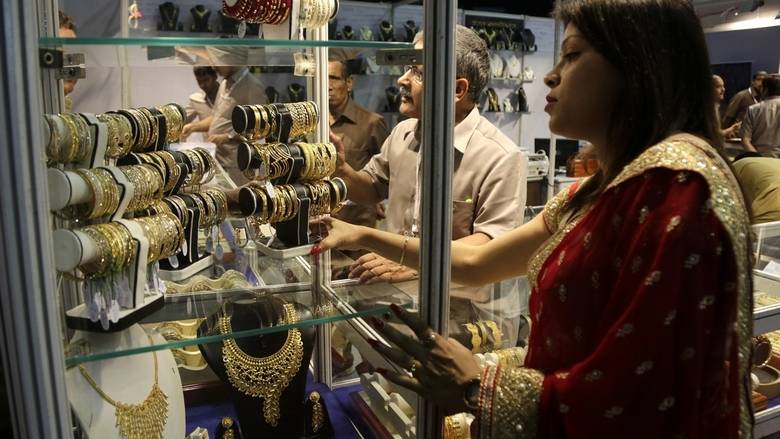 Expatriate investors from Pakistan, Britain, Saudi Arabia, Switzerland, Oman, Jordan, Belgium, Yemen and Canada are among the rest in the top 10 nationalities who constitute the bulk of 62,125 investors in the sector. These include 60,012 businessmen and 2,113 businesswomen, according to the Business Registration and Licensing (BRL) sector in the Department of Economic Development (DED), Dubai, in its new report.

Despite a slump in demand for gold jewellery across the UAE in 2018, Dubai’s gold, jewellery and diamond sales reached Dh274 billion, an increase of about three compared to 2017, according to the Dubai Gold and Jewellery Group.

The UAE’s trade in gold and precious stones has also grown significantly in recent years. The country’s foreign trade in gold sector is estimated at about Dh400 billion annually. The import of gold was valued at Dh142.4 billion, while the value of exports amounted to Dh75.9 billion, and the value of re-exports in 2018 was Dh26 billion, according to the Federal Customs Authority.

“Gold price action will be rangebound in the coming weeks due to different headline hitting the wires. On the down side, 50 day moving average at $1290 will be acting as a support in the short term,” said Vijay Valecha, Chief Market Analyst, Century Financial.

The gold and jewellery sector in Dubai, which has for long maintained an image as the City of Gold, provide residents gold imports from about 30 countries. According to latest data available from Ministry of Economy, the precious metals and diamonds trade accounts for a sizeable share of the UAE’s economy with gold trade valued at $40 billion, jewellery at $29 billion and diamonds at $26 billion.The UAE accounts for about 14 per cent of the world’s gold trade, and Dubai, in particular, is rising through the ranks as a purchase and investment destination, as it accounts for 20 per cent of the world’s sales of precious metals. Following the introduction of VAT in 2018, demand for gold jewellery in the UAE dropped 23 per cent to 36.2 tonnes last year. Over the past six years, the demand has been falling virtually every year from its peak of 64.4 tonnes in 2013, according to a Gold Demand Trends report by the World Gold Council.The BRL report said the number of workers in Dubai’s gold sector reached 13,110. Of the 4,086 companies operating in the sector, 2,498 licences were issued for ‘jewellery and jewels of gold and silver’, category, 1,184 for trade in ‘gold and precious metals’, 392 for ‘goldsmiths and precious jewellery’, seven for “gold foundry and precious metals”, and five for “gold liquidation” activity.The report highlighted the distribution of the companies according to the top sub-regions. The top regions, which accounted for 46.5 per cent of the total number of companies, are Al Dhagaya followed by Al Ras, Ayal Nasir, Burj Khalifa, Warqa Al Bateen, Al Muraqqabat, Port Said, Al Rigga, Trade Centre 1 and Al Barsha 1.