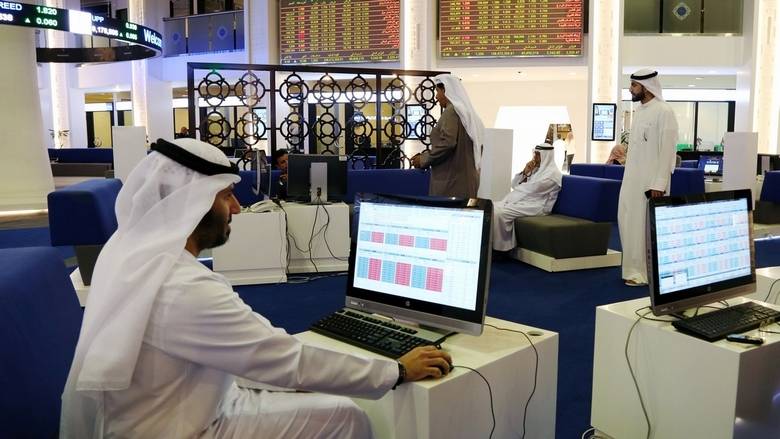 The DFM lost nearly four per cent to close at 2,525; while the Abu Dhabi Securities Exchange nosedived 3.3 per cent to 4,929 on Monday.

Gulf equity markets plunged on Monday, spooked by the sabotaging of cargo ships in the Sea of Oman and growing US-Iran geopolitical tension.

The global stocks markets also opened the week on a negative note after the US-China trade war on tariffs worsened. The Dubai Financial Market lost nearly four per cent to close at 2,525; while the Abu Dhabi Securities Exchange nosedived 3.3 per cent to 4,929 on Monday.

Among other regional bourses, Saudi Arabia’s Tadawul lost 3.55 per cent, while the Bahrain Stock Exchange fell 0.81 per cent and Boursa Kuwait dropped 1.37 per cent.
All the blue-chip stocks on the UAE bourses fell with ports operator DP World losing 7.5 per cent, Emaar falling 5.88 per cent, Union Properties plunging 10 per cent, Damac losing 9.5 per cent and Deyaar ending nine per cent lower. On the Abu Dhabi bourse, top-listed companies such as Abu Dhabi Commercial Bank, Agthia, Dana Gas, Eshraq and Etisalat saw their stocks losing more than four per cent in value on Monday.

Of the 36 stocks traded on Dubai bourse, 33 ended in red while two rose and one remained unchanged. In total, over 231 million shares changed worth more than Dh300 million in 4,599 trades. While Abu Dhabi bourse saw 62.39 million shares trading worth Dh187.94 million in 2,407 trades. Monday’s decline was the steepest drop of Dubai and Abu Dhabi since January 2016.

Issam Kassabieh, senior financial analyst at Menacorp, blamed a mix of geopolitical tension which impacted oil prices, in addition to the recent tanker attack scenario in the Gulf as something to do with the red lights that the market saw on Monday. Four commercial cargo ships were subjected to sabotage near the UAE territorial waters on Sunday. In another incident on Monday, Riyadh said that two of its oil tankers were sabotaged off the coast of the UAE in attacks that caused “significant damage” to the vessels.

“In UAE, we’re seeing a correction in ADX and downside pressure in DFM as the potential for three major players to be excluded from MSCI is becoming inevitable,” Kassabieh added.

Dubai and Saudi bourses had fallen on Sunday also, losing 1.6 per cent and 2.1 per cent, respectively.

Vijay Valecha, chief market analyst, Century Financial, said the two indices are near their two-month low and are on track to give up most of their year-to-date gains. “The increased military tension between the US and Iran seems to be pressuring the overall Gulf equity market sentiment downwards.

Further signs of deadlock in US-China trade talks is net negative for the regional equity indices as China is a major trading partner for most of the GCC countries,” Valecha said.

Technically, Valecha predicted, DFM could test its major support level 2,430 with any further downside breakout, causing it to slip back to its multi-month low levels near 1,800-2,000 zone.

“Abu Dhabi, on other hand, is well supported near 4,800 levels with further second level support near 4,650-4,700 levels. Saudi Tadawul index has strong support near 7,700 range. Overall bias remains neutral to negative,” he predicted.

Globally, stock markets fell on Monday after trade talks between the US and China wrapped up without an agreement, with economists warning that the escalating dispute over trade and technology would likely hurt economic growth.

Wall Street stocks plunged Monday, with losses on Nasdaq exceeding three percent, after China announced it was ramping up tariffs on US goods, escalating the year-long trade dispute.