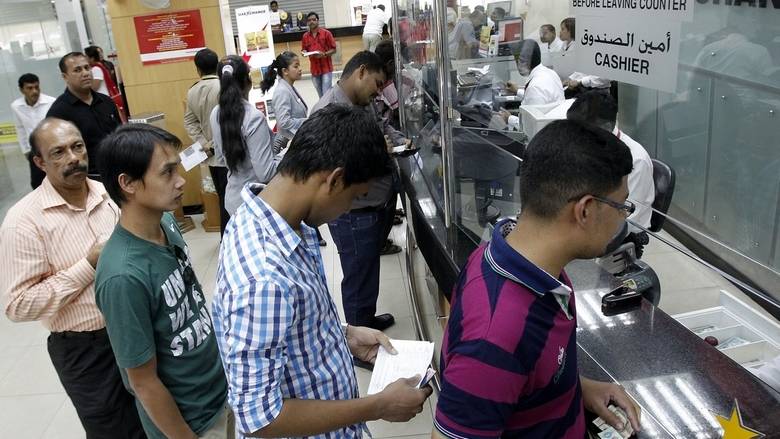 Khaleej Times – Rupee weakens against Dirham: Where UAE NRIs are investing their money

With the rupee weakening against the dirham, analysts believe that more remittances will find their way into different investments.

While non-resident Indians (NRIs) send a large chunk of remittances for family maintenance, a sizeable amount also goes toward different investments such as real estate, equities, bank deposits and other instruments. With the rupee persistently weakening over the last few months, remittances to India are most likely to increase and NRIs will be looking to invest in different opportunities in the South Asian country.

Figures released by the Reserve Bank of India showed that 59.2 per cent of remittances were sent for family maintenance, 20 per cent to be deposited in banks and 8.3 per cent to invest in real estate, equity and other sectors while 12.6 per cent was sent for other purposes. The UAE was the biggest source of remittances into India in 2016-17, accounting for 26.9 per cent of total remittances, with the state of Kerala being the main beneficiary.

In 2017, according to the World Bank, remittance inflows improved in all regions and the top remittance recipients were India with $69 billion, followed by China ($64 billion), the Philippines ($33 billion), Mexico ($31 billion), Nigeria ($22 billion) and Egypt ($20 billion).

In the last one year, the rupee has lost nearly 13.5 per cent in value against the UAE dirham due to India’s growing trade deficit, high oil price and global trade war concerns.

With the rupee weakening against the dirham, analysts believe that more remittances will find their way into different investments as India’s economy grows, the equities market reaches a record high and real estate becomes attractive.

Vijay Valecha, chief market analyst at Century Financial, said as is often the case, one man’s gain is another man’s loss and this is true for the Indian rupee as well.

“The most obvious beneficiary is the NRI who suddenly sees his/her paycheck bulging. Nevertheless, deployment of wealth into Indian assets is an equally challenging task. Investors trying to put their money into Indian equities should consider those companies which have their cost in rupees and revenue in foreign currencies like the US dollar and euro. Information technology as well as export-oriented pharma companies might be the best choices in this regard and investors can expect gains of 12 to 16 per cent in one year,” Valecha said.

He suggested that risk-averse investors would be better off with the Indian government’s 10-year bonds that offer eight per cent return. “They don’t have default risk but to avert currency risk, it would be good for investors to hedge their total position value with Indian rupee contracts that are available in the forex market,” he added.

Rajiv Kumar, senior executive officer, PhillipCapital, said the declining rupee is a good opportunity for NRIs to invest back home.
He said the government is looking at increasing interest rates, hence, the safest way is to put money where there is no tax such as NRE investments.

“Forex reserves have come down, so the government is planning to increase interest rates. That would be the best bet because you won’t be paying any taxes as well,” Kumar added.

Also, according to Kumar, the stock market is performing well and is a good option but he suggested NRIs to invest in mutual funds.

“The SIP portfolio has gone considerably higher and performance has been very good; we did see some selling pressure in mid cap but in terms of returns, it is a good investment option for NRIs to invest their money. I would advise to invest in mutual funds through SIP routes,” he added.

However, he advised NRIs to stay away from investing in real estate because there is no demand-supply equilibrium and prices have been depressed. “Because of oversupply, the prices have not gone up. In fact, prices have declined in big cities,” Kumar said, adding that the Indian real estate market is well-regulated but there is a still a lot that needs to be done.

According to Sawhney, investing in an NRE fixed deposit for a five-year period or more could generate a tax-free return on investment in the range of eight to 11 per cent per annum.

Similarly, top-performing mutual funds can potentially generate a pre-tax return in the range of 10 to 30 per cent and real estate and infrastructure investments could offer 10 to 25 per cent annually over an investment horizon of five years or more, Sawhney added.

“Even if you consider a situation of the Indian rupee depreciating further, say by five per cent per annum from the current levels over the coming years, you will still be able to achieve higher net returns in real money terms rather than holding your funds without investing them, provided you invest wisely,” he added.

Viral Oza, chief marketing officer, Lodha Group, said that with India becoming one of the fastest growing economies in the world today and increasing urbanisation driving real estate growth in tier-1 cities, NRIs are likely to find investing in urban India’s real estate a safe bet for capital appreciation on a long-term basis. On top of this, pro-housing measures by the government have increased transparency and reduced the risks associated with timely delivery.

“In the recent past, India’s top developers are offering international standards in their signature projects in cities like Mumbai. Some of these projects have a high degree of appeal to NRI buyers. Many NRIs consider returning back to India at some point of time in the future, so buying a home in one of these developments is a sound decision,” Oza said.