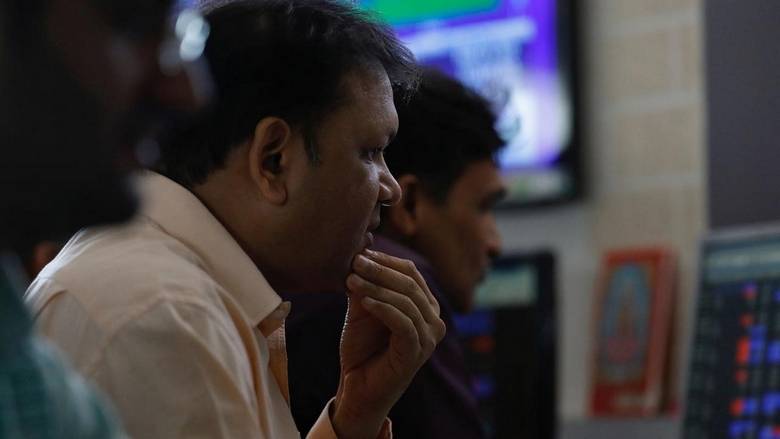 Bharat Petroleum, IndusInd Bank, Indian Oil, HDFC and Axis Bank - ending between 3.15 per cent and 7.93 per cent lower - were the worst among the 37 stocks in the 50-scrip Nifty basket that declined. On the other hand, Dr Reddy's Laboratories, Sun Pharmaceutical Industries, Wipro, Vedanta and Maruti Suzuki India - closing with gains of between 1.21 per cent and 4.60 per cent - were the top Nifty gainers.

HDFC, HDFC Bank and ICICI Bank were the top drags on the Sensex, accounting for a loss of more than 200 points in the index. Volatility set in as investors rushed to settle their positions ahead of the expiration of monthly derivative contracts due by the end of the session, say analysts, reported Indian media.

In the early trading, mixed global market cues had led to rise in trading and Nifty50 and BSE Sensex both were up by 0.55 per cent. "In Nifty50 gain was led by Parma and IT stocks like Wipro was up by 3.35 per cent, TCS is up by 2.60 per cent and Dr Reddy is up by 3.90 per cent. Wipro stock climb consecutively third day after the announcement of collaboration with Google cloud for SAP footprint. Among the sectoral indices IT was up by 1.67 per cent, Pharma was up by 1.95 per cent and Auto was up by 0.60 per cent," said Yogesh Khairajani, global market strategist, Century Financial.

Meanwhile, Indian rupee fell 4 paise to close at 74.84 (provisional) against the US dollar to quote at Dh20.39 on Thursday tracking weak domestic equities and strong US currency. At the interbank forex market, the rupee opened at 74.84 and during the session fluctuated between an intra-day high of 74.80 and a low of 74.88 against the US dollar. The Indian currency finally closed at 74.84 against the greenback, down 4 paise over its previous close 74.80.

Forex traders said rupee was trading on a muted note after the US Federal Reserve reiterated its dovish stance and held interest rates steady. Further, weak domestic equities weighed on investments sentiments. Meanwhile, the dollar index, which gauges the greenback's strength against a basket of six currencies, rose 0.13 per cent to 93.57.

"USDINR is appreciated by 0.13 per cent to 74.85 after appreciating to 74.9475 in previous session against US Dollar. Dollar Index is up by 0.18 per cent to 93.40 and got support against major currencies amid going on negotiation on US stimulus package with no clear development and FED shows concern over economy due to rising Covid-19 cases," added Khairajani.