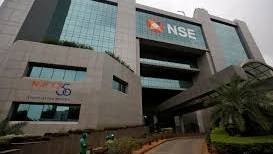 Indian shares snapped on Wednesday after five straight sessions of gains, with investor focus shifting back to surging domestic coronavirus cases as optimism around earnings waned after a handful of subdued numbers.

"Followed by the mixed global cues Indian Market is trading flat. Nifty50 and BSE Sensex both are trading little up by 0.05 per cent. In Nifty50, Hind Unilever is down by 2.35 per cent and Axis Bank is up by 4.70 per cent. Axis Bank posted 18.80 per cent Y/Y decline in standalone profits for June quarter but 19.5per cent growth in Net Interest Income supporting the price," said Devesh Mamtani, Chief Market Strategist.

Hindustan Unilever was the top laggard for the day, slipping 2.1per cent, after the consumer goods giant reported a first-quarter profit that missed expectations.

Large shadow lender Bajaj Finance, which also reported a fall in profit on Tuesday, fell as much as 3 per cent in early trade.

Coronavirus cases in the world's second-most populous nation rose to nearly 1.2 million by Wednesday morning, according to government data, alarming investors as the outbreak hit production in many sectors and squeezed demand.

The Nifty state-owned banking index fell 1.5 per cent and was the top loser among sectors, followed by the Nifty auto index that shed 0.9 per cent.

"Equities continue to rally globally on the back of upbeat risk sentiment. Nifty is up 50 per cent up from recent lows and about 10 per cent away from all time highs. Nifty is likely to see resistance around 11,250," said Abhishek Goenka, Founder and CEO, IFA Global.

Industrial conglomerate Larsen and Toubro was down 1.3 per cent ahead of its quarterly earnings scheduled for release later in the day.

Axis bank rose 7.13 per cent and topped the Nifty gainers, after the lender reported better asset quality for the quarter to June and a fall in bad-loan provisioning on Tuesday.