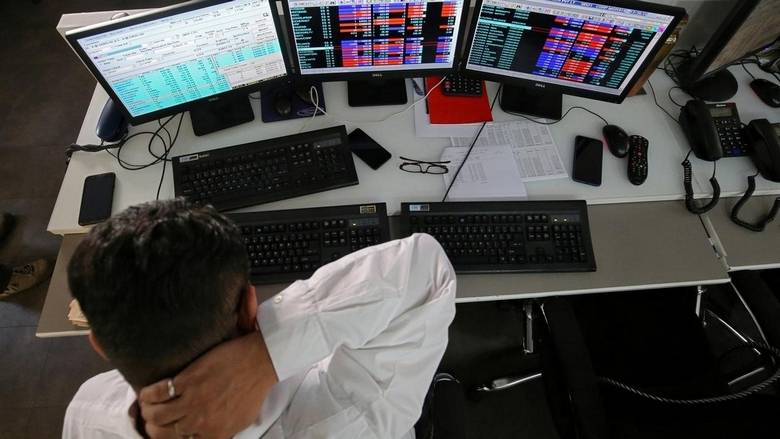 The drop in stocks were led by auto and banking scrips in early trade with heavyweights like Reliance Industries Ltd dropping 7 per cent and Tata Steel by 8 per cent.

Indian shares recorded their best month in 11 years on Thursday, tracking gains in global markets on signs of progress in developing a Covid-19 treatment, while heavyweight Reliance Industries rose ahead of its earnings.

Kush Katakia, founder, BeanStalk Advisory, said: "During the last 2 trading days, the Dow/Nasdaq fell significantly, after some concerns regarding challenges expressed by a few big tech firms. Since Indian markets were closed for May Day on Friday the SGX Nifty is reflecting that the Indian markets may fall by about 500 points at open."

India's largest listed company Reliance Industries declared results post-market Thursday which fell below analyst estimates. This may exacerbate the fall in Indian equities as Reliance has a significant weightage in both Nifty and the Sensex.

Meanwhile, at the Berkshire Hathway AGM, Warren Buffett sounded out alarm bells as he says he does not expect to make any fresh investments in the near future and has amassed the companies cash pile to a record $137 billion. He also said that Berkshire Hathaway has exited all its position in aviation companies. His commentary may have unnerved the global markets as well, added Katakia.

India's main indexes clocked gains of around 14 per cent each for April - the most in a month since May 2009 - after sliding 23 per cent in March as the coronavirus clobbered markets. They are still down around 19 per cent from the beginning of the year.

Srikanth Iyengar, Managing Partner, Five Capital LLP, said: "Bear market rallies are often very deceptive and could suck in the last ounce of cash. We have now reached the retracement levels and might see the market resuming its downward trajectory in the coming week as earnings will continue to disappoint. Financial package expected from the GoI if announced could be a good portfolio rejig point during the coming week. Watch out for that."

The NSE Nifty 50 index closed 3.21 per cent higher at 9,859.9 on Thursday, while the benchmark S&P BSE Sensex ended up 3.05 per cent at 33,717.62, both near seven-week closing highs. The indexes have risen all four sessions in the holiday truncated week. Oil-to-retail conglomerate Reliance Industries Ltd gained 2.7 per cent supported by an over 10 per cent surge in oil prices on signs of a recovery in US fuel demand.

India's largest company has cut pay by up to 50 per cent for some top oil-and-gas division employees, six sources told Reuters on Thursday, as it battles lower fuel consumption and profitability due to the coronavirus epidemic.

On Thursday, Indian rupee ended higher by 57 paise at 75.10 per dollar, amid strong buying seen in the domestic equity market. the local currency had opened 51 paise higher at 75.16 per dollar against the previous close of 75.67.

"The benchmark could wobble a bit today as Friday's losses of 2.5 per cent seen across major US indices was to have a negative effect on Indian market open and overall intraday trajectory. US President Trump has aggressively hinted at making China wholly and solely responsible for the current Covid-19 pandemic outbreak. President Trump has also hinted at possibly increasing China tariffs should things get worse from here. This is likely to act as new risk off factor that could affect global indices," said Bal Krishen, CEO and Chairman, Century Financial