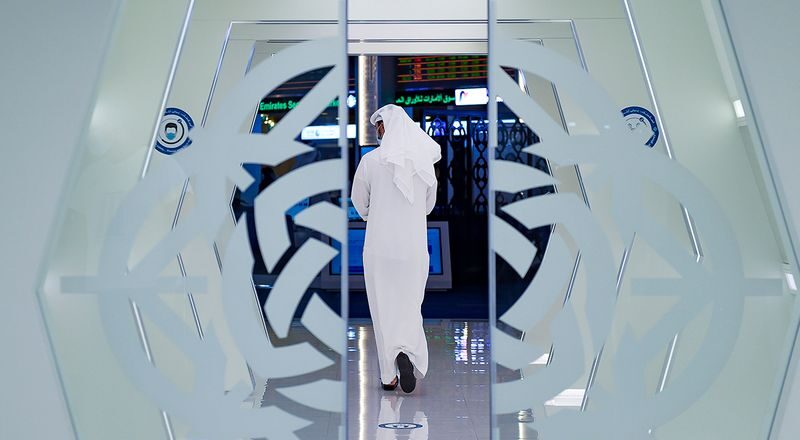 A 2.63 percent gain in Emirates NBD shares helped DFM gain 1.89 percent at the close of the week, while ADX gained 0.62 percent.

As most publicly traded companies in the UAE announce their second/first—half results, it’s interesting to see how they’ve evolved. A quarterly comparison will give us a better idea – an analysis of 110 listed companies for which information is available shows a decline in sales from 91.97 billion Dh in the first quarter to 85.79 billion Dh in the second quarter.

But aggregate-based profit fell 10 percent from 13.20 billion Dh in the first quarter to 11.88 billion Dh. From a macroeconomic point of view, however, UAE listed companies have done a good job, given the seriousness of the situation they have faced.

Banks reported a 15 percent drop in revenue, while profit fell to 6 percent due to aggressive cost-cutting efforts. Many banks closed their branches and reduced the number of employees to protect profit margins.

Total bank revenue fell from 36.99 billion Dh from the first quarter to 31.59 billion Dh, while profit fell from 7.03 billion Dh to 6.61 billion Dh. Springing some surprises

Real estate companies for which information is available show that total sales fell slightly in the second quarter from Dh 14.86 billion to Dh 14.82 billion.

Listed hotel operators fell 69 percent in revenue from 344 million Dh to 108 million Dh. The industry crashed a loss of 58 million Dh in the second quarter from a Dh16 million profit in the first.

The Agri category, which includes companies such as International Holdings, was an outstanding player. Revenues rose 144 percent from 717 million Dh in the first quarter to 1.74 billion Dh. Profits rose by a whopping 592

percent to 672 million Dh from 97 million Dh. In a reflection of these desperate times, life insurance companies and some insurance brokers saw an increase in business.

It’s always a tough call to give a forecast at this point – but UAE companies expect a strong recovery by the fourth quarter.