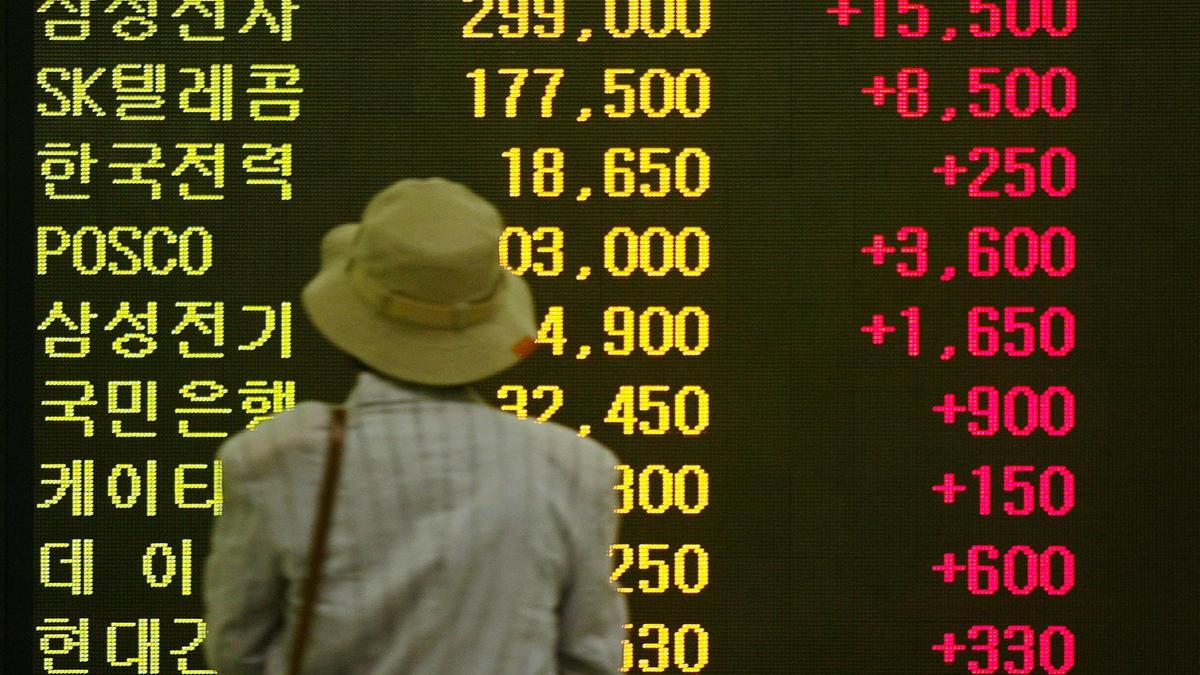 The cheapest stock markets to invest in around the world

Everybody loves a bargain, and investors are no different. However, finding bargains is not so easy at the tail end of a global bull run that has lasted almost a decade.

The trick is knowing how to calculate which country is offering some of the best value. You can work this out by using a number of measurements, such as the price/earnings (P/E) ratio or the price-to-book (P/B) ratio. Most of this information can be found free of charge online.

Steven Downey, chartered financial analyst candidate at Holborn Assets, says that seeking out markets with low valuations, known as value investing, can prove profitable over the longer run. “However, you need to be patient, it can take between five and 10 years for underperforming markets to catch up and prove their worth.”

You also need to approach valuations with caution. “You might look at Russia’s low valuation of just 8.22 times earnings and high dividend yield of 5.1 per cent and think investing in the country looks like a no-brainer, but there is always a reason why something is priced cheaply,” he says. “Russia is an emerging country that defaulted on its debt in 1998 and is currently subject to sanctions.”

He points readers towards the website StarCapital, which measures global stock markets on a range of valuation metrics, and produces a final score. “Right now, it scores China as the best value stock market in the world, followed by the Czech Republic, Russia, South Korea and Italy,” says Mr Downey.

His own valuation metrics suggest that bargains are at a premium right now, but two regions appear tempting. “Asia Pacific and emerging Europe still look undervalued, compared to their historical averages.”

You can invest in these markets cheaply and easily using an exchange traded fund. There are thousands to choose from but those interested in Asia-Pacific might consider Vanguard FTSE Pacific (VPL), iShares MSCI Pacific ex-Japan (EPP) or SPDR S&P Emerging Asia Pacific (GMF), while iShares MSCI Russia (ERUS), iShares MSCI Poland (EPOL) give exposure to emerging Europe.

Russ Mould, investment director at the online trading platform AJ Bell, says emerging markets still look sensibly valued, trading around 1.8 times their P/B or “book” value. “This is in line with their long run average and well below previous peaks of three times or more.”

This is in market contrast to the US, where the Shiller P/E ratio stands at 31.30, a level seen just twice in history, in 1929 just before the Wall Street crash, and at the height of the dot.com boom in 1999, shortly before the tech crash.

He warns that emerging markets have enjoyed a strong run, rising 37 per cent in 2017 according to MSCI, so you have to be selective. “India now looks expensive trading at around 23 times earnings, or more than three times underlying P/B. Prime Minister Narendra Modi’s reforms are positive but the high valuation reflects this.”

Mr Mould says South Korea looks a bigger bargain at around nine times forward earnings, with a P/B of a little above one. “It still has to address issues such as corporate governance but many companies are improving how they interact with shareholders, allocate capital and distribute cash via dividends and buybacks.”

Korea is also in the eye of a geopolitical storm as US president Donald Trump and North Korean president Kim Jong-Un lay the ground for talks. “Political turbulence can create value opportunities, if short-term uncertainty hits share prices but does not cause long-lasting damage to the nation’s economy,” says Mr Mould, adding that short-term political storms are creating value opportunities elsewhere: “Several fund managers have told me that they are looking at Mexico and Brazil, where unpredictable elections could create some volatility and interesting entry points.”

Mr Mould also picks out the UK, which is mired in political uncertainty over Brexit, while sterling weakness makes it cheaper for international investors.

The FTSE 100 recently hit an all-time high yet trades at just 15 times company earnings. “It also yields more than 4.1 per cent, a lofty premium over cash or bonds, while Brexit fears may have been overdone.”

Mr Mould says political instability in Italy could also prove an opportunity, with the stock market trading on 12 times forward earnings, compared to 14 times for Europe overall. “However, Italy’s future is uncertain following recent elections, and Germany may prove a better bet.”

Mr Mould also tips Japan, noting that the Nikkei 225 is one of the few developed benchmarks that still trades well below its all-time high. “At around 23,000 it is still more than 40 per cent off its December 1989 peak of 38,916.”

Some markets are cheap but should still be shunned, notably Turkey, where President Recep Tayyip Erdogan called an early election to solidify his grip on power. “Turkey’s budget and current account deficits, double-digit inflation rates and hefty overseas borrowings make it too hot to handle, even if it trades on just eight times forward earnings,” Mr Mould says.

Vijay Valecha chief market analyst at Century Financial Brokers, has carried out his own analysis and found the Dubai Financial Market looks particularly cheap, trading at a forward P/E of just 7.96 times earnings, yielding 5.44 per cent and with a low P/B ratio of just 1.12.

These low valuations reflect mixed investor sentiment. “Dubai has been hit by the decline in real estate prices, Pakistan by political uncertainty, South Korea by concerns over North Korea, Hong Kong and Shanghai by US trade war talk, and Spain by the Catalan independence referendum,” says Mr Valecha.

Mr Valecha also picks Saudi Arabia’s Tadawul All Share Index, despite its relatively high P/E. “Saudi Arabia’s recent inclusion in the FTSE Russell and MSCI Indices is expected to attract $14 billion from international investors in the next two years. If foreign ownership levels match its regional peers, inflows could top $30bn,” he says. “That is going to create a liquidity-driven rally and you can tap into this by using the iShares MSCI Saudi Arabia ETF.”

Stuart Ritchie, director of financial planning at UAE-based advisers AES International, warns that working out which markets are truly cheap is tricky, with no guarantee they will outperform in future, and most should invest in a widespread of markets instead. “Investors who follow a structured, diversified strategy are more likely to capture the returns wherever they happen to occur in any given year. This also reduces the risk of being too heavily invested in any one country that happens to perform particularly badly.”

That may be sensible advice, but many will still find it hard to ignore the lure of a bargain.

How to measure the markets

Value is a slippery thing. While there are plenty of ways to measure whether a market is cheap or expensive, all must be treated with caution.

If you are looking to invest in undervalued markets, you must remember that they may well be cheap for a reason.

Another problem is that no value measurement on earth will tell you what the stock or market is going to do next.

Still, it pays to be able to read the signs. One method of doing this is to use the price-to-earnings ratio, or P/E ratio, which divides the price of a company stock by its earnings. A result of around 15 times earnings is typically considered fair value. Below that, and you are starting to enter bargain territory.

There are two types of P/E. The trailing P/E is based on earnings over the past 12 months, while the forward P/E is based on forecast company earnings. “The forward P/E gives you a glimpse into the future but since they are based on analyst predictions, they can often be wrong,” says Russ Mould of AJ Bell.

Many prefer Professor Robert Shiller’s cyclically adjusted P/E ratio, or CAPE, which divides the price of a stock or market by the moving average of 10 years of earnings. This is adjusted for inflation and aims to reveal long-term value by smoothing out one-off earnings shifts.

The price-to-book ratio, or P/B ratio, divides share prices by the “book” value of the underlying assets of a company or market. A figure of ‘1’ suggests perfect value. The higher the number climbs above that, the pricer the investment is thought to be.

Cheaper markets are arguably more likely to outperform, but no value measurement gives you an infallible guide to the future.