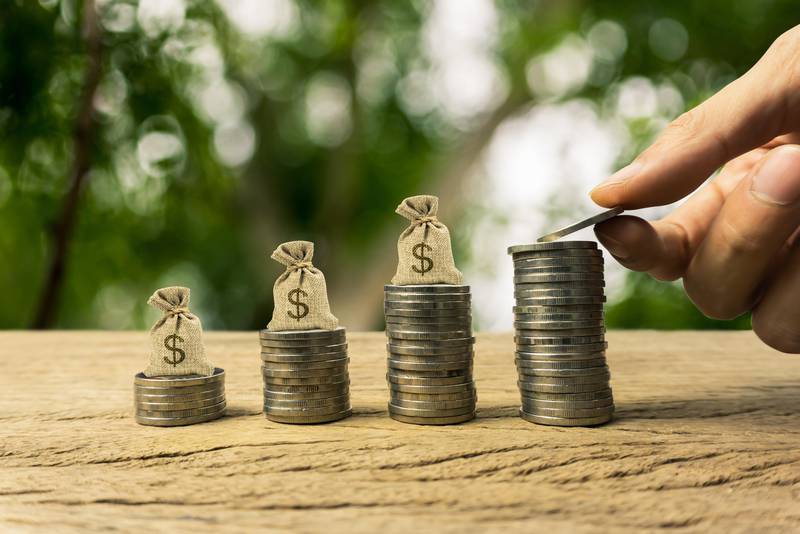 The National - How investors nearing retirement can navigate a bear market

Pretty much the last thing any investor wants is the stock market to crash shortly before they reach retirement.

It means that after a lifetime of hard saving, the value of your pension and investments could plummet, when you need them the most.

Worse, it could force you to start drawing retirement income at a time when its value has been depleted significantly. If you end up withdrawing money at the bottom of the market, you will not benefit when share prices recover.

It is a rotten thing to happen, which means that anybody retiring over the next few years has a lot to worry about right now.

The scale of the damage depends on how you plan to generate income in retirement, Tom Selby, head of retirement policy at investment platform AJ Bell, says.

There are two main options facing retirees — either leave your retirement pot invested and take income as you need it, sometimes called drawdown, or use your savings to buy an annuity that pays you a guaranteed income for life.

Both have their pros and cons. A drawdown lets you benefit from future stock market growth, but with added risk as there is no guarantee your savings will last throughout your retirement.

By contrast, an annuity is guaranteed to pay income for life, no matter how long you live, but you may be disappointed by how much you receive.

Anyone who will use their entire pot to buy an annuity should take investment risk off the table as they approach retirement, Mr Selby says.

“Failure to do this will leave you hostage to short-term market fluctuations. As we have seen in recent months, it can go down, as well as up.

“If you don’t de-risk in this way and your fund drops by, say, 20 per cent in the run-up to buying an annuity, you face the grim choice of delaying retirement or retiring as planned, but on a much lower income,” he says.

Those who opt for drawdown face less of a “cliff-edge” decision, Mr Selby adds.

“Someone in good health in their mid-60s, for example, could have 30 years to live and be perfectly comfortable maintaining their exposure to markets in the face of a crash.”

They can protect themselves by holding enough to fund their retirement income for one or two years, while they wait for the market to recover.

“The last thing you want to do is make big withdrawals in the early years of retirement, at a time when shares are down. This killer combination can be difficult to recover from. Larger withdrawals today will likely mean you need to cut back later, or risk running out of money,” Mr Selby says.

Another option is to carry on working for a bit longer until markets stabilise, says Vijay Valecha, chief investment officer at Century Financial in Dubai.

“Even working part-time could lighten your dependence on your portfolio and give it breathing space to recover. You could even top it up if you earn enough.” Traditional financial advice has suggested that people move into more cautious investments such as cash and bonds as they grow older, but Mr Valecha says don’t overdo it.

While tempting, these lower-risk assets will pay a lower return, which means they will struggle to keep up with inflation over the course of a retirement that could last for a couple of decades.

“Your retirement savings could lose their purchasing power just when you need them the most.”

You should remain diversified by spreading your money between stocks, bonds, cash, property and commodities, Mr Valecha says.

“Look for a healthy mix of large and small-cap stocks, as well as growth and value funds, and funds investing in different regions of the world. So, when some sectors struggle, others may compensate.”

Investors who planned carefully in the run-up to retirement and gradually moved their money out of high-risk assets such as shares will have been shielded from current volatility, Daniel Hough, financial planner at wealth manager Brewin Dolphin, says.

Some pension funds move into bonds and cash automatically, a process sometimes called “lifestyling”, so check whether yours does.

Annuities fell out of favour after the global financial crisis, when returns collapsed as central banks slashed interest rates to about zero.

Rates are now picking up as central banks tighten to curb inflation, but Mr Hough is wary.

“We generally advise against buying annuities unless you have a particular set of circumstances,” he says.

“While they provide a guaranteed income, they can’t be passed on to family unless you build in a spouse’s pension and they are also relatively poor value in terms of the expected income versus what you have to put in. Unless you are a single person with no dependents, we wouldn’t typically suggest them.”

Savers approaching retirement should neither be shocked nor surprised by the stock market crash, given that they happen all the time, Sam Ratnage, a chartered financial planner and wealth manager at Tideway Wealth, says.

“A stock market crash is a part and parcel of investing and will happen multiple times during the average retirement, which can last up to 30 years. Protect yourself by building a diversified portfolio, which allows time for stocks to recover before you need to draw from them. This should ensure that you never sell assets at the wrong time.”

As ever with financial planning, the decision will come down to your personal circumstances and personal attitude to risk.

Choosing between drawdown and an annuity is not an all-or-nothing decision. Instead, you could have both.

“You could leave most of your pension invested, allowing it to grow, but use a chunk to buy an annuity,” he says.

As you grow older, you may no longer want the risk and trouble of managing your own investment funds.

“You could steadily lock more of your money into an annuity, taking advantage of any further rate rises as you get older,” Mr Tully says.

Retirement is a long-term process. By planning ahead, you see your way through a short-term crash without suffering too much damage.