The National - How sustained US dollar weakness will benefit the UAE 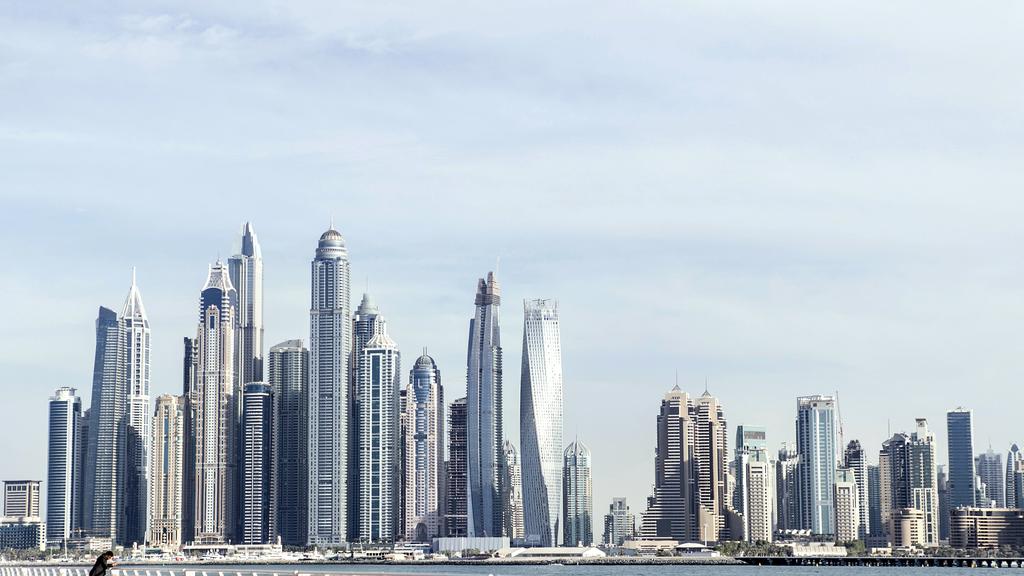 The US dollar’s recent losing streak is positive for the UAE's non-oil sectors, but the effects of Covid-19 will limit the boost to the economy.

The greenback dropped to a two-and-a-half year low this week as fast-tracked plans to roll out a coronavirus vaccine in the US bolstered appetite for risk assets. The dollar’s appeal as a safe haven is expected to weaken on the prospect of a viable vaccine and improving global growth.

The dirham’s peg to the world’s reserve currency means that a weaker dollar will have a knock-on effect on the UAE's property market, remittances and travel and tourism sector.

“A weak US dollar is a boost for the UAE’s non-oil economy, making the economy more competitive, especially in Europe and Asia,” Scott Livermore, chief economist at Oxford Economics, said.

The UAE would need a sustained period of US dollar weakness to reap the full benefit of relatively lower pricing, Mr Livermore added.

“Living in the UAE might become more expensive due to higher import prices," he said. "A weaker US dollar also reduces the purchasing power of the UAE’s oil revenues but given the economy’s financial strength, this is unlikely to constrain government policy.”

The Bloomberg Dollar Spot Index, which tracks the greenback against a basket of six major rivals, recovered from its two-and-a-half year low on Monday and was hovering at the 92.235 level on Tuesday (3pm UAE time).

The dollar has fallen more than 11 per cent from its record high in March, while a dovish US Federal Reserve will also sustain pressure on the greenback after pledging to keep interest rates at near to zero for the next three years.

Weaker currency exchange rates will have a positive impact for international investors looking to buy property in the UAE.

“In the case where the dollar peg to the dirham is lower, investors holding other foreign currencies benefit and may choose to make a purchase in the UAE sooner rather than later,” Will McKintosh, head of residential and investment transactions at JLL Mena, said.

“As such, any foreign investor holding USD, or another USD-pegged currency, may choose to hold off from making a decision until they feel their currency position has got better.”

Although it has been a challenging year due to Covid-19, there has been increased interest in the Dubai market from local and international buyers, Mr McKintosh added.

“We are currently seeing a record level of demand and transactions in the secondary market, driven by both increasing levels of end users and investors,” Lewis Allsopp, chief executive of Dubai-based real estate broker Allsopp & Allsopp, said.

The combination of a weak dollar and increasing property prices in certain areas in Dubai for the first time in more than six years will mean some savvy investors will consider it an opportune time to enter the market, Mr Allsopp said.

Meanwhile, a weak dollar could also weigh on the UAE’s remittance volumes. However, expatriates with regular commitments in other currencies will still have to service them.

“There may be a 2 to 5 per cent drop in remittance volumes from the UAE as it will become expensive to remit,” Rajiv Raipancholia, chief executive of Orient Exchange, said.

“The dollar is expected to weaken against major currencies. The remitting power of consumers will reduce as it would cost them more in dirhams to remit the same amount, for example, in Indian rupees or Philippine pesos.”

Another effect will be the UAE becoming a less expensive holiday destination for aspiring travellers, which will buoy the local hotel industry.

“On a macro level, a weak dollar will boost export competitiveness of the UAE’s non-oil economy, which accounts for almost 70 per cent of its gross domestic product. A weak dollar is also a positive for crude oil, which is the biggest revenue of the UAE federal government,” Mr Valecha said.