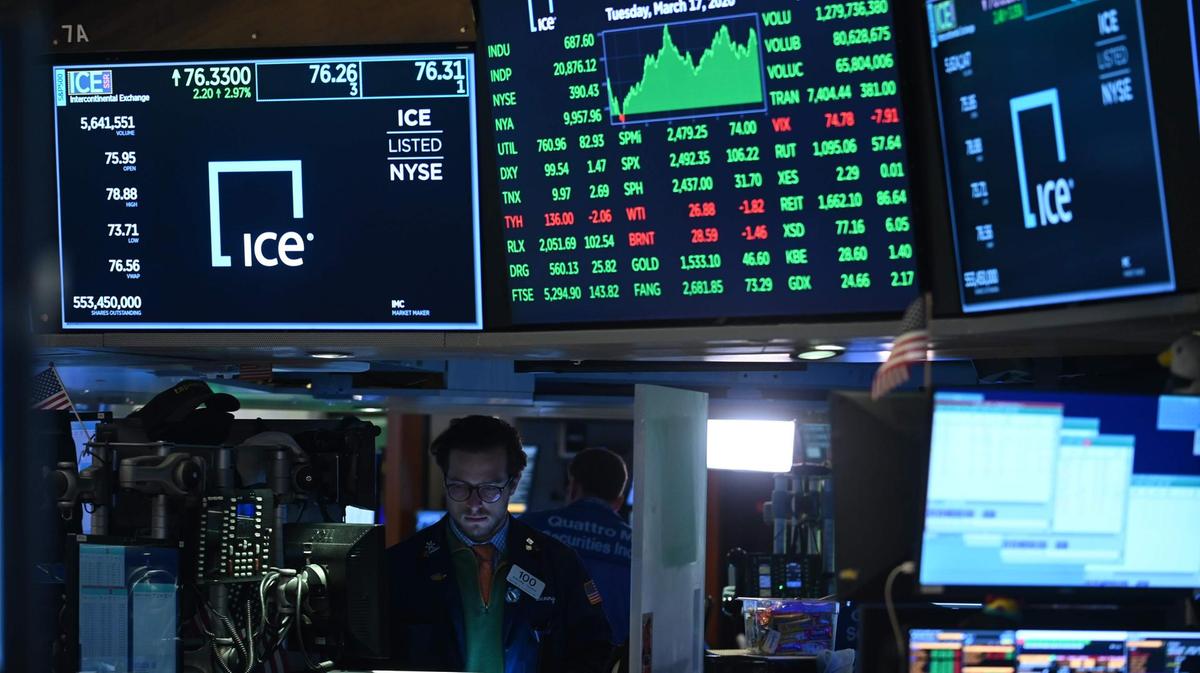 The National - Oil rebounds but benchmarks remain below $30

Oil rebounded 18 per cent in early trading in New York after plunging as much as 24 per cent, the steepest decline since 2008, as global commodities and stocks continued to absorb the prospects of a global recession amid the spread of the coronavirus pandemic.

Oil has fallen more than 60 per cent from recent highs of over $65 in January as the markets took a hit from slowing demand and the spread of the coronavirus pandemic, which has disrupted global trade and wiped at least $17 trillion (Dh62.44tn) from stock markets worldwide. Prices have also fallen as the Opec+ agreement unwinds, triggering an expected spike in supply just as demand is turning negative.

Global stocks tumbled this week with the Dow Jones Industrial Average falling 13 per cent on Monday – the steepest one-day drop in 30 years. The index closed down 6.3 per cent on Wednesday to 19,898, erasing all of the gains made since Donald Trump became President in 2016. Markets in Asia continued to trade lower on Thursday morning, with Japan's Nikkei falling 1.07 per cent, the Shanghai Composite shedding about 1 per cent and Hong Kong's Hang Seng dropping 2.1 per cent.

"The tipping point may not be far away now. It could either be a breakthrough in the fight against coronavirus or a supply-side response kicking in," she said.

Ms Hari, who does not see Opec+ regrouping until after the coronavirus pandemic peaks globally, expects oil majors to announce production cuts.

"The marginal-cost barrel has already been priced out of the market with crude futures in the $20s and physical barrels selling at steep discounts," she added.

Oil demand is set to contract in 2020 – its first full-year decline in more than a decade according to the International Energy Agency. The Paris-headquartered agency expects a decline in demand of around 90,000 barrels per day this year.

Despite this, oil producers are increasing supply pressuring prices lower. Saudi Arabia is expected to bring 12.3 million bpd to the markets in April following the collapse of the Opec+ deal.

The UAE is also expected to bring 4 million bpd to the markets as the members of the former alliance focus on market share rather than cutting back global inventory levels.

With infection rates from the coronavirus above 200,000 and deaths around 9,000 worldwide, countries have begun closing borders and enforcing strict measures on the movement of their citizens to contain the spread.

Many airlines have grounded their fleet, with demand for crude from public and private transportation equally affected as countries enforce work-from-home policies as part of quarantine measures.

As a result of the slowdown in the aviation industry, there could be a loss of 4 to 5 million bpd from jet fuel demand alone, according to estimates by JBC Energy.

The fall in both widely-traded commodity crude benchmarks from the impact of a slowing economy and abundance of supply has "affected the entire crude complex with simultaneous collapse seen in jet fuel, gasoline and other derivative cracks", said Vijay Valecha chief investment officer at Dubai-based Century Financial.

"A ray of hope still lies for the markets with Opec producer Iraq calling on Opec and Opec+ to schedule an emergency meeting," he cautioned.