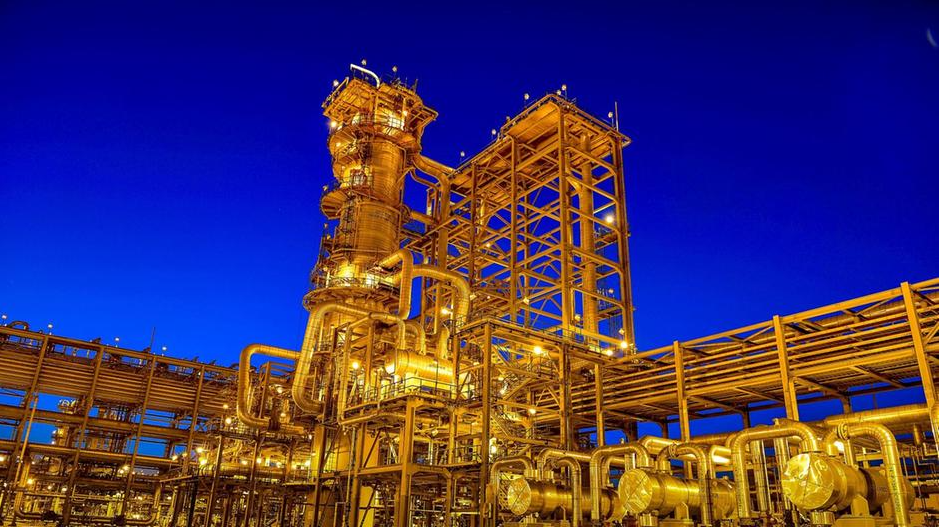 Saudi Arabia is in talks to sell a 1 per cent stake in Saudi Aramco, the world's biggest exporting oil company, to a leading global energy company, the kingdom's crown prince said.

The potential new stake sale in the oil giant to international investors may happen within the next one or two years, Saudi Crown Prince Mohammed bin Salman said in an interview broadcast on state TV on Tuesday. The stake sale could be worth about $18.9 billion, based on the company's current market capitalisation of 7.11 trillion riyals ($1.89tn).

"I don't want to make promises before deals are finalised, but there is a discussion now about an acquisition of 1 per cent by one of the leading energy companies globally and this will be a very important deal in cementing Aramco's sales in ... a major country," he said.

Privatisation is a key pillar of Saudi Arabia’s Vision 2030 economic diversification agenda. In 2019, Aramco listed its shares on the Saudi Stock Exchange, Tadawul, in the world's largest public offering, raising an initial $25.6bn but later selling more shares, boosting the total to $29.4bn. A total of 1.5 per cent of the company, or about 3 billion shares, were offered to retail and institutional investors at the time. This rose to 1.725 per cent following the subsequent sale.

Some of the government’s shares in Aramco could be transferred to the Public Investment Fund, Saudi Arabia's sovereign wealth fund, also known as PIF.

"There are also discussions with other companies to buy different stakes. Part of Aramco's shares could be moved to the PIF and a part to be listed in annual listing on the Saudi market," the crown prince said, without providing a timeline.

The global energy company that could potentially buy a one per cent stake in Aramco will mostly likely be from Asia, where the Saudi Arabian oil giant's largest customers are based, Vijay Valecha , chief investment officer at Century Financial, said.

"There is a high probability that it will be a Chinese company as the country accounts for 30 per cent of Saudi Arabian oil exports," Mr Valecha said.

"The intention might be to lock in supplies," Mr Valecha said. "Saudi Arabia, on the other hand, is trying to raise funds for its Vision 2030 plans."

Aramco could also offer international investors stakes in its non-core assets in pipelines, gas fields and other upstream properties but is unlikely to offer stakes in its most significant oil fields, Mr Valecha said.

Prince Mohammed bin Salman was speaking in an interview marking the fifth anniversary of the kingdom introducing its Vision 2030 reform programme that seeks to diversify the economy and reduce its reliance on oil revenue.

Aramco's initial public offering was a major element of the kingdom's push to attract more foreign investment. Proceeds from the sale were transferred to the PIF to help fund non-oil projects, cultivate domestic industries and diversify the economy.

Saudi Arabia’s economy, the Arab world's largest, is expected to grow 2.9 per cent this year, up from the 2.6 per cent forecast in January, according to the International Monetary Fund.

In the wide-ranging 90-minute interview, the crown prince also said that unemployment in the kingdom had dropped to 11 per cent in the first quarter of this year, with the target of reaching an unemployment rate of 7 per cent in 2030, as the economy follows a "V-shaped" recovery from the Covid-19 pandemic. Unemployment among Saudi citizens fell to 12.6 per cent at the end of 2020, according to government data.

Saudi Arabia has no plans to introduce an income tax, he said.

The kingdom's move to raise the VAT to 15 per cent last year, up from five per cent previously, “will be temporary and may continue for one year to a maximum of five years, with VAT target at 5 per cent to 10 per cent only to regain our balance after the pandemic”, he added.