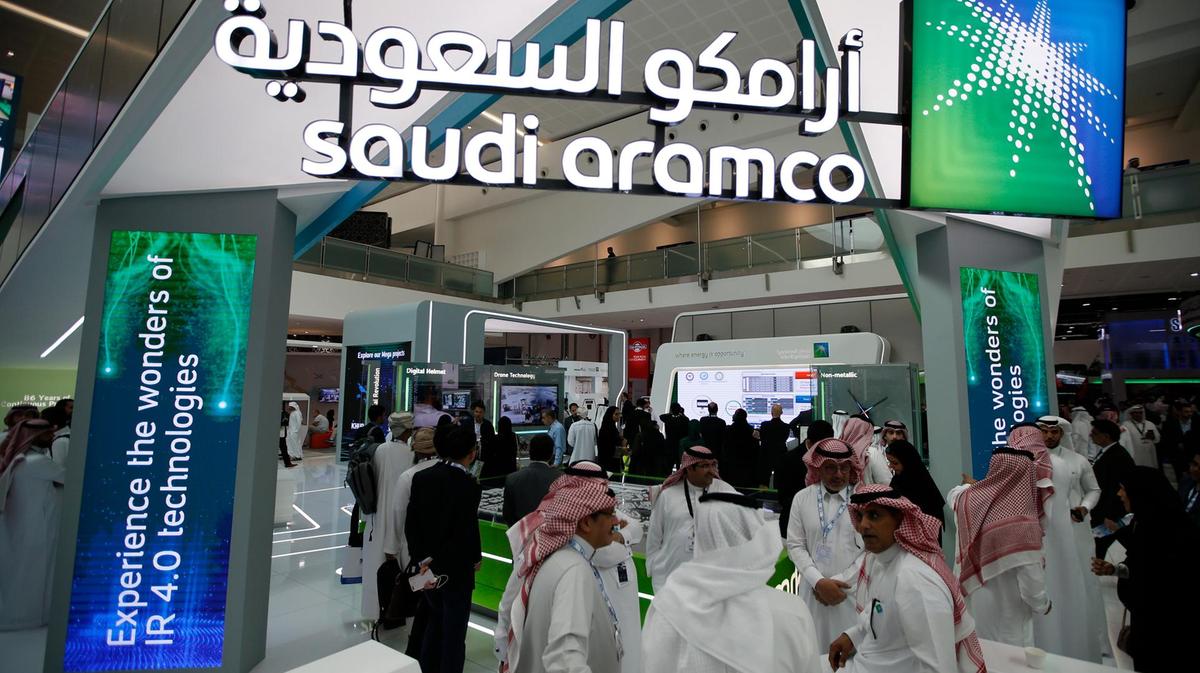 The National - Saudi Aramco to pay $18.75bn in dividends even as Q2 net profit slides

Saudi Aramco will pay $18.75 billion (Dh68.81bn) in second quarter dividends even as net profit for the three months to the end of June slid 73.4 per cent, due to lower oil prices and declining refining and chemicals margins, amid the Covid-19 pandemic, the company said.

The payout on August 31, 2020 compares with a dividend of $13.4bn paid for the second quarter last year.

“Strong headwinds from reduced demand and lower oil prices are reflected in our second quarter results," Aramco chief executive Amin Nasser said. "Yet we delivered solid earnings because of our low production costs, unique scale, agile workforce, and unrivalled financial and operational strength. This helped us deliver on our plan to maintain a second quarter dividend.”

Net profit for the second quarter dropped to 24.62bn Saudi riyals (Dh24bn) from the year-earlier period, as the Covid-19 pandemic tipped the global economy into its deepest recession since the Great Depression, the company said in a regulatory filing on Sunday to the Tadawul exchange where its shares trade.

Analysts had expected a net profit of 31.3bn riyals in the second quarter, according to the mean estimate from three analysts, provided by Refinitiv. Net income for the first half of 2020 fell to 87.10bn riyals, compared to 175.87bn in the first six months of last year.

Aramco’s share price rose 0.3 per cent to 33.05 riyals following the results, giving the company a market capitalisation of 119.79bn riyals.

Saudi Aramco is expected to maintain "sustainable" payments to its investors as revenue picks up in the forthcoming quarters, said Vijay Valecha, chief investment officer at Century Financial in Dubai.

"Revenues are expected to gradually recover in the coming quarters, so it will alleviate the stress on dividends in the near term," he said.

Aramco's total sales dropped 57 per cent to 123.23bn riyals for the second quarter of the year.

The company, which produces and sells oil on behalf of the kingdom, reported a 70.3 per cent year-on-year decline in free cash flow for the second quarter to $6.1bn.

Capital expenditure for the second quarter stood at $6.2bn and $13.6bn for the first half.

The company said spending for 2020 is expected to be at “the lower end” of the $25bn and $30bn range, as its optimises capital and efficiency.

Mr Valecha estimates it won't be "until the first half of 2021," for Aramco to recover its profitability.

"The worst of oil market seems to be behind us with Asian crude demand almost reaching pre-corona virus levels," he said. "Nevertheless, oil inventories remain elevated and there is a good possibility that prices will remain depressed for the remainder of the year."

Saudi Aramco is looking to diversify its portfolio at a time of increased uncertainty in the energy industry, which is seeing large-scale transition. The state oil company is looking at strategic asset acquisitions, particularly a $15bn stake in Indian refiner Reliance.

Aramco’s total production reached 12.7 million barrels per day of oil equivalent in the second quarter, as it increased production in April following the collapse of Opec+ talks. Saudi Arabia has since reduced output in line with an historic pact to cut 9.7m bpd of output. The alliance is now tapering the cuts and drawing back 7.7m bpd of production from the markets.

The company continues to expand its gas business to meet local and international demand, with its Fadhili Gas Plant reaching full output capacity of 2.5 billion cubic feet per day in the second quarter.

Saudi Aramco is also continuing to drive its downstream strategy. The company plans to increase its global refining capacity to 8 million-to-10 million barrels per day by 2030 from 4.9 million. Around 2m bpd to 3m bpd of the output will be converted into petrochemical products.

Last week, Sabic, the region’s biggest petrochemicals firm, reported its third consecutive quarterly loss on the back of lower selling prices for its products and impairment provisions on certain assets. Saudi Aramco completed acquisition of a 70 per cent interest in Sabic in June.

The state-backed company acquired the stake worth $69.1bn from the Public Investment Fund, the kingdom's sovereign wealth fund. Sabic registered a net loss of 2.22bn Saudi riyals for the second quarter of 2020, compared with a profit of 2bn riyals for the same period last year.