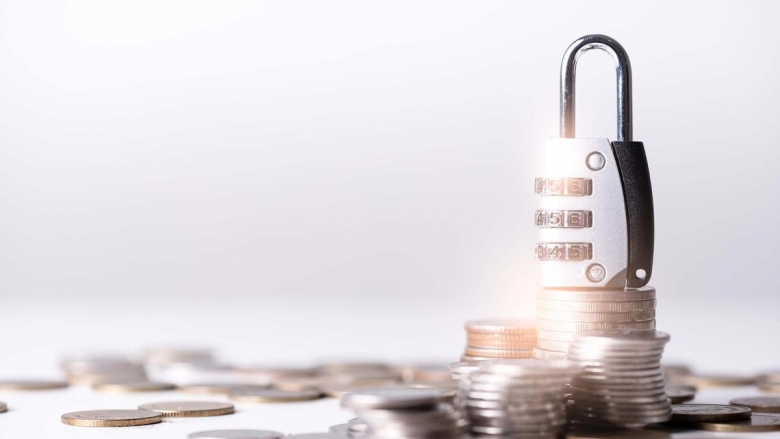 With the threat of a global recession looming, building an emergency fund and diversifying investments are key

We live in uncertain times and right now, that uncertainty seems to be on the rise. After a decade of growth, the threat of recession is looming.

This makes now a good time to take a good look at your finances to see how well you are prepared for an economic slowdown. Here are six things you must do now:

Live within your means

This is not the time to go throwing money around. Instead, it is a time to build your savings, says Arun Leslie John, chief market analyst at Century Financial. “Aim to save 20 per cent of your family income,” he says. “Stick to a budget, postpone vacations if necessary, and educate your children about money management.”

Examine all your outgoings to see if you can cut back. “If you have an expensive apartment in the city centre, see how much you could save by moving further out, although remember to allow for increased transport costs,” Mr Leslie John adds.Economic ups and downs are inevitable. You can’t prevent an economic downturn, but you can be prepared to deal with it.

Shoring up your defences against a potential financial disaster is key, even in the good times, says Ambareen Musa, founder of Dubai-based price comparison site Souqalmal.com. “Economic ups and downs are inevitable. You can’t prevent an economic downturn, but you can be prepared to deal with it,” she says.

For many, the biggest fear in a recession is losing their job. “Everybody should ask themselves this question – can you cope with a temporary loss of income? This is where the emergency fund comes in.”

Ms Musa says you should build enough savings to cover all of your basic living expenses for at least six months. “Think of it as a financial back-up plan to see you through unexpected financial hardship.”

Stash your emergency fund in an easy access savings or deposit account, so can get your hands on it in a hurry, Ms Musa adds. “And if you have to tap into it for any reason, replenish it soon after.”

Pay down your debts

Losing your job is an even bigger worry if you have mortgage, loan or credit cards debts, particularly in the UAE where default is not really an option.

Ms Musa says: “Imagine losing your job and having to worry about debt repayments on top of putting food on the table.”

Tackling your debts now, especially costly ones such as high-interest credit card debt, can prevent them from getting out of control later.

Act before any recession or slowdown, as options such as debt relief or consolidation may get harder to access afterwards. “If you need to negotiate a restructured repayment plan with your lenders, it’s best not to delay,” Ms Musa says.

Getting your debts under control will also protect your credit score and make it easier to borrow money in hard times. “Lenders get pickier when defaults go up, so your chances of success are much higher if you have a good credit score,” Ms Musa adds.

This may now be the longest bull stock market in history but it will not last forever so make sure your retirement portfolio is properly diversified.

Such a portfolio should include a spread of different asset classes, such as shares, bonds, cash, property and gold, with exposure to different countries, sectors, commodities and currencies, to reduce your exposure to any single asset or sector.

Stuart Ritchie, director of wealth advice at financial advisory group AES International, says it should also reflect personal factors such as your age, investment goals, attitude to risk and how long until you retire.

You may have to rebalance from time to time, for example, the runaway success of the US stock market means that many may be overexposed to the country.

Mr Ritchie says too many expats pursue complex investment strategies or exotic investments such as cryptocurrencies, and rack up unnecessary fees by constantly buying and selling. “True diversification involves building a balanced portfolio and largely leaving it alone, while rebalancing or reviewing it periodically. ”

Low-cost exchange traded funds (ETFs) can give you exposure to almost every global asset class, market or commodity.

Mark Chahwan, co-founder and chief executive of Sarwa, the first robo-adviser regulated by the Dubai Financial Services Authority, says don’t panic if share prices fall. “Periods of volatility are inevitable. If your goals haven’t changed, stick to your plan.”

Mr Leslie John says diversification comes down to an old, old saying: “Don’t put all your eggs in one basket.”

Stay healthy and get insured

Resist the temptation to save money by going without valuable cover such as life insurance and critical illness cover, says Demos Kyprianou, a board member of SimplyFI, a non-profit community of personal finance and investing enthusiasts. “If you have dependents who would struggle financially if you were to die, then you need to take out life insurance.”

You can protect family members from the financial impact of serious illnesses such as a cancer, heart disease or stroke with critical illness cover, or term life insurance, which both pay a cash lump sum should the worst happen.

Insurance is even more important in a recession, Mr Kyprianou says. “Death and illness can strike at any time, but it would be worse if, say, your spouse also lost their job or had to take a pay cut.”

But shop around, he warns, and speak to a trustworthy adviser and read the terms and conditions before signing anything.

As well as taking out insurance, you need to look after yourself. “Exercise, eating a healthy diet and getting regular check-ups will boost your quality of life and reduce your insurance premiums, as you will be less likely to claim.”

Mr Kyprianou adds: “Shop around, speak to a trustworthy adviser, and read the terms and conditions before signing anything.”

Reduce the risk profile of your portfolio

He suggests increasing your exposure to safer investments such as government bonds, in particular US Treasuries. “Beware higher yielding bonds which promise a better interest rate but may not survive a recession.”

Gold has been a store of value since time immemorial, and people still flock to the precious metal in times of uncertainty. “Gold cannot be printed like a currency and generally acts as a hedge against systemic risk,” says Mr Leslie John.

He also tips the Japanese yen, another safe haven: “What gives the yen stability is the country’s huge current account surplus, which helps protect it from volatile foreign exchange flows.”

Large global companies with stable earnings tend to perform better in a recession than medium-sized and smaller companies, he adds. He favours stocks known as dividend aristocrats, which have typically raised dividends for 25 consecutive years. “They can be counted on to pay dividends even in times of recession, giving you income during adverse economic circumstances.”

Dividend aristocrats have outperformed the US S&P 500 over the long term, says Mr Leslie John, with top names including US conglomerates The Coca Cola Company, phone and internet service AT&T and healthcare business Abbott Laboratories.

You can invest in these through a low-cost ETF such as the SPDR S&P US Dividend Aristocrats UCITS ETF (USDV).

Alternatively, Mr Leslie John says there is a type of ETF that rises when markets fall, known as an inverse ETF. “This is akin to shorting the market, but are only ever a short-term strategy for knowledgeable investors, as over the longer term markets tend to grow,” he adds.