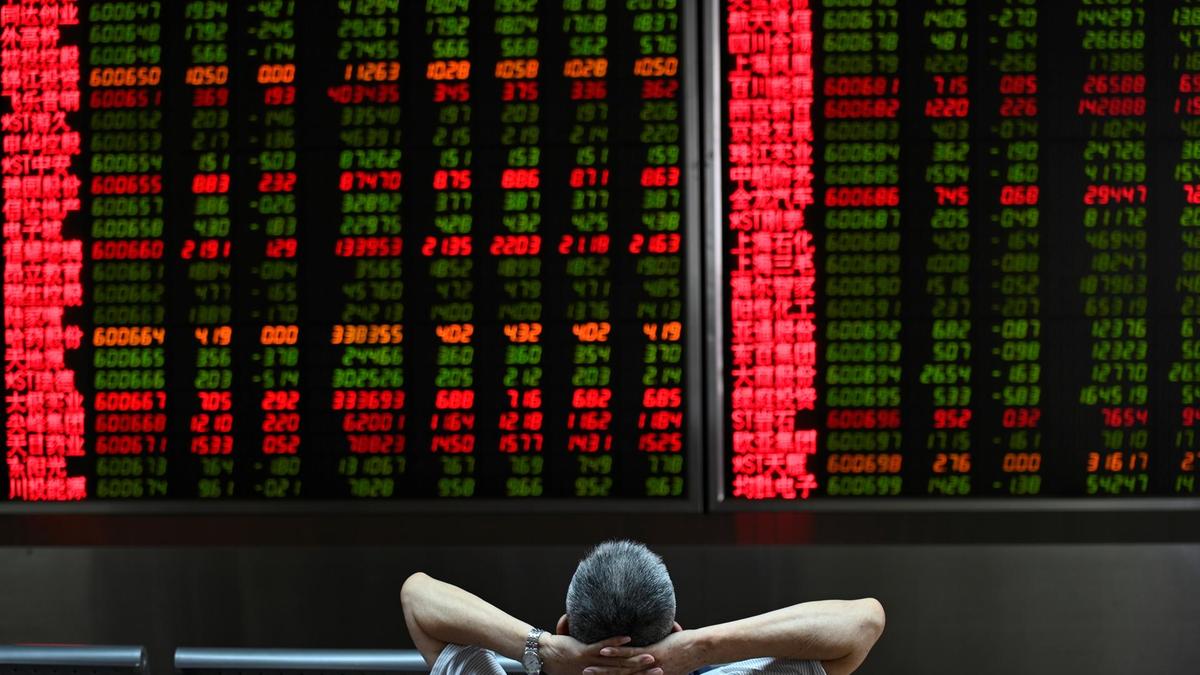 New Year, new optimism? As everybody’s least favourite year has come to an end, investors are hoping that vaccines will see off Covid-19 and allow the global economy to return to some kind of normality.

If that happens, last year’s losers could be this year’s big winners, and vice versa. It may be a close run thing, though, as mutant Covid-19 strains threaten.

Experienced investors know that the moment of uncertainty is often the best time to invest, provided you are willing to accept the risks.

The first offers opportunities in fast-growing emerging Asia, the second bets that western Europe will finally start to play catch up, while the third allows you to benefit from the charge into green energy.

Emerging markets had a terrific 2020, as Asia shrugged off the pandemic much sooner than the rest of the world.

Benchmark exchange-traded fund the iShares Core MSCI Emerging Markets ETF grew 17.88 per cent over the year to Januariven how many assume that 2020 was a disaster for stock markets.

Vijay Valecha, chief investment officer at Century Financial in Dubai, says investors have been piling into Asia and emerging markets, which have recovered well from the pandemic yet remain undervalued. “Asia offers investors a combination of cyclicality, commodity exposure, China exposure and pockets of deep value.”

Investors looking for a high-risk, high-return recovery play might be tempted by Turkey. The MSCI Turkey index fell 28.69 per cent in the year to November 30, but Mr Valecha says after years of economic and political problems, it could be due for a rally.

The outlook for the Turkish lira and the country’s stock markets improved dramatically with the appointment of new central bank chief Naci Agbal in early November, he says. “Mr Agbal has quickly delivered, by taking a more orthodox approach to monetary policy, increasing interest rates to protect the lira and curb the country’s double digit inflation. This has boosted investor optimism and should help Turkish assets end years of underperformance.”

He suggests investing in the iShares MSCI Turkey ETF.

Europe has trailed the US stock markets for years and 2020 was no different, as the pandemic and Brexit uncertainty hit the continent hard.

The iShares Core MSCI Europe ETF returned a respectable 6.45 per cent, but the iShares MSCI USA ETF returned more than three times as much at 20.59 per cent.

At least Europe beat the UK, with the iShares MSCI United Kingdom ETF falling a dismal 10.97 per cent.

Peter Garnry, head of equity strategy at Saxo Bank, says Europe could prove an attractive place to invest once Covid-19 and Brexit problems ease, as it has one of the cheapest stock markets in the world.

The downside is that its equities are cheap for a reason. “Europe lacks a big publicly listed technology sector, and the economic engine is impaired relative to other parts of the world,” Mr Garnry says.

What it does have is the European Green Deal Investment Plan, which aims to drive the transition to a climate-neutral economy by 2050, by investing at least €1 trillion ($1.2tn) from the European Union budget and other public and private sources over the next decade.

Mr Garnry says investors will be hoping that “the green transformation and related stimulus will revert the ugly trends for Europe in 2021”.

Maurice Gravier, chief investment officer at Emirates NBD, says European company earnings have grown at a slower pace than in the US, but the continent’s medium-term prospects look brighter. “The global economy is recovering and Europe's luxury, automotive and industrial equipment champions should benefit from increased Asian demand.”

Europe’s big appeal to investors is that it is home to some top global companies, such as luxury company LVMH Moët Hennessy-Louis Vuitton, which owns a huge range of brands including Christian Dior, Givenchy, Guerlain, Bulgari, Hublot and TAG Heuer, car manufacturers such as Volkswagen, Daimler, BMW and Renault, financial services firms such as ING, AXA, Allianz and BNP Paribas, and pharmaceutical stocks such as Novo Nordisk, Bayer and Sanofi.

Alternatively, you could buy a single country ETF, such as iShares MSCI Germany ETF, as Romain Boscher, global chief investment officer of equities at Fidelity International, suggests the country could outperform. “Germany is a cyclical, export-led economy that is benefiting from the faster recovery in Asia, especially in China.”

There is a downside for UAE-based investors earning dollar-pegged dirhams, as the euro has grown 8.97 per cent against the US dollar in the past 12 months, which means that your money does not travel as far right now.

Low-carbon energy source hydrogen is red hot right now, with the Swissquote Bank’s managed index up 122 per cent since inception in February 2020, Mr Kirbaj says. “The global hydrogen market could be valued up to $2.5tn by 2050, supplying 18 per cent of the global energy demand, according to the Hydrogen Council.”

The battery industry should also continue to grow strongly as electric car usage accelerates, he says. “Shares in Tesla and Chinese start-up car manufacturer NIO have increased more than 600 per cent and 1,100 per cent, respectively, in the last year, but there are opportunities across the whole supply chain.”

The electric car and mobility industry is not just about batteries. “It also requires investment in charging infrastructure, software, powertrain components and artificial intelligence, all of which offer opportunities for strong returns,” Mr Kirbaj says.

The danger with playing a hot new technology-focused trend like this one is that while some start-ups will thrive, many will go under and take your money with them.

Rather than buying individual stocks, it may be safer to spread your risk with an alternative energy ETF targeting this theme.

This level of outperformance will be hard to maintain and there will be bumps along the way, but there is no question that the future is green.