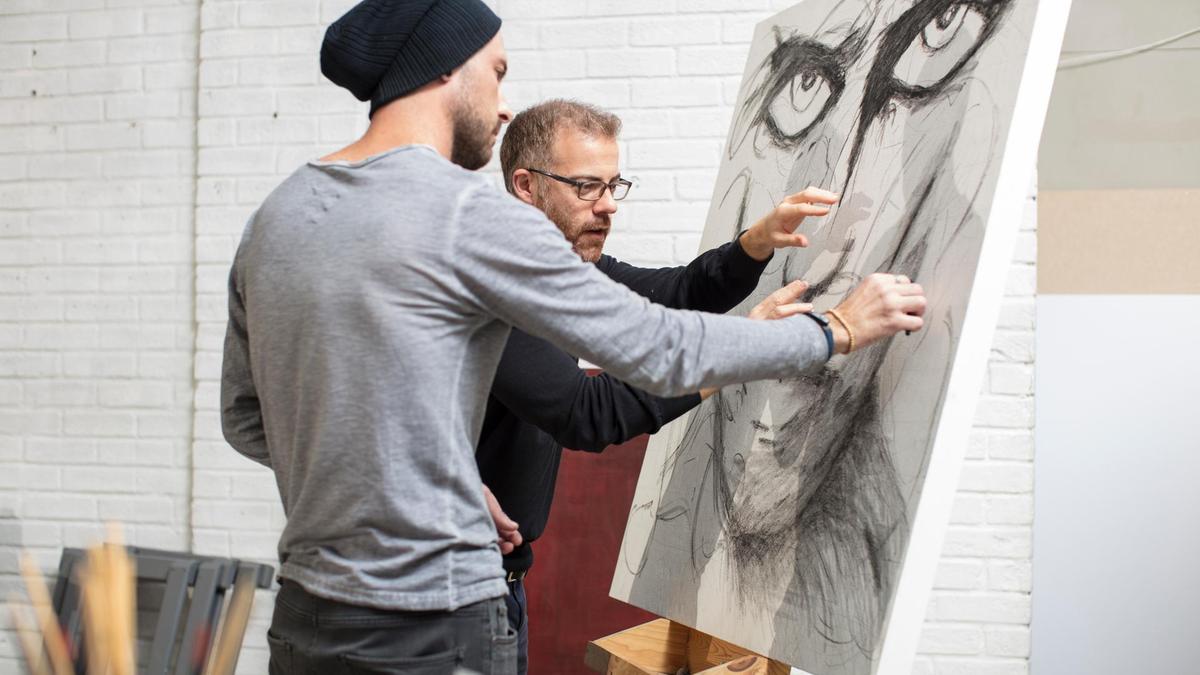 The National - Why investors are turning to art during the pandemic

Art is proving to be a viable investment alternative to traditional asset classes such as stocks, bonds, property and gold, according to market experts.

Although antiques, sculptures, paintings and artefacts have been around for a long time, they became more mainstream investments during the Covid-19 pandemic, which triggered wild price swings in traditional asset classes.

“A lot of people have moved to art in the wake of Covid-19,” says Devesh Mamtani, chief market strategist at Century Financial in Dubai.

“The gratification of looking at art on a daily basis was more valuable than owning assets that you have no access to.”

Online art and antique sales hit a record high of $12.4bn last year, doubling in value from the previous year and accounting for a record 25 per cent of the market’s value, the report says.

“Online sales driven by technology adoption, private sales that take place outside our auctions, and the emergence of younger collectors have all been key factors in the strength of the regional and global art markets.”

Just last week, British contemporary artist Sacha Jafri sold the world’s largest painting measuring 1,800 square metres at an auction in Dubai for $62 million. The Journey of Humanity is the most expensive artwork ever sold in the UAE.

Millennial high-net-worth collectors were the biggest spenders on art last year, with 30 per cent spending more than $1m compared with 17 per cent of Baby Boomers, according to the UBS and Art Basel report.

However, investing in art carries high risk because it needs specialist knowledge to understand what it signifies and identify its future value, says Mr Mamtani.

In contrast, people can invest in other asset classes such as stocks and bonds through a systematic investment plan, mutual fund or exchange-traded fund. He says that investors also need to watch out for fake art.

“Although a lot of people are investing in art through non-fungible tokens, the best way is to go to auctions held by famous names such as Christie’s and Sotheby’s,” he says.

When consigning art for a Christie’s sale, the key factors to consider are authenticity, rarity, longevity, previous selling prices of the artist and the condition of the artwork in question, according to Ms Louca-Kirkland.

“The market reacts very positively to pieces that have not been seen for a long time and which have the right pedigree, meaning a strong exhibition history and previous possession by international recognised collectors,” she says.

There has been active engagement in the art market despite the Covid-19 pandemic, a recent survey of 2,569 high-net-worth collectors by Arts Economics and UBS Investor Watch found.

About 66 per cent of those surveyed said the pandemic had increased their interest in collecting art.

However, art is a very illiquid market, and the asset class can take longer than the property sector to offer good returns, says Mr Mamtani.

“The value of art grows over time. Typically, it takes seven to eight years to get a return on art, although some items with cheaper valuations fetch returns quicker. But art investments can provide a compound annual growth rate of more than 20 per cent,” he says.

Art is also useful for portfolio diversification and is a good store of value over time, says Mr Mamtani.

Although the typical transaction size for an art investment runs into tens of thousands of US dollars, there are cheaper collectibles in the market now that cost a few thousand dollars and will appreciate in 10 to 15 years, says Mr Mamtani.

There is currently no fractional ownership available in the art investment world, he says.

Ten art collectors spent the most on a painting globally, shelling out an average of $1.7m a painting, according to research compiled on behalf of the World’s Chief Art Collectors campaign.

Half of the world’s major art collectors are American, with the other half coming from around the world, including Europe (predominantly Britain, Russia and Italy), the Middle East (especially Qatar) and Asia (China and Japan), the research found.

The poll also revealed that four in 10 collectors work in asset management.

While many people have art collections, they often do not use an insurance company to cover their possessions, says Rupert Searle, general manager of financial advisory firm Globaleye.

“Finding the right insurance that fits the client’s needs is crucial. There are very few insurance providers that provide cover for art investment at a really good level in the market or even have a specific product that fits purpose,” he says.

With Covid-19 triggering a change in people’s perceptions, they are looking to art as a potential long-term investment a lot more these days, especially because of the exposure in the media and online, says Mr Searle.

“Art is an asset that can be handed down to children or the family if an unfortunate event occurs and, therefore, it is being looked at with even great impetus than before. While investment in property, vehicles or business was more commonplace earlier, art investment is much more prevalent now,” he says.

Non-fungible tokens are becoming more popular in the investment world. An NFT is a digital certificate of authenticity that confirms that an item is real and unique by recording the details on a blockchain digital ledger.

A digital artwork by the artist Beeple sold for $69.4m during an online auction by Christie’s earlier this month, with an NFT used to guarantee its authenticity.

Twitter founder Jack Dorsey sold a digital version of his first tweet for more than $2.9m. The tweet from March 2006 says, “just setting up my twttr”.

Meanwhile, Lebanese contemporary artist Kristel Bechara is the first to launch an NFT art series from the UAE and the Middle East and also accept payment via cryptocurrency for online and offline sales.

The series, called Beauty in Diversity & DeFi, will only be available for purchase via crypto-collectible tokens at an NFT marketplace.

The digital artwork depicts Satoshi Nakamoto, the presumed pseudonym of the person or people who developed Bitcoin.

“NFTs will affect the art world at large and will be the gold standard for verification of authenticity and establishment of provenance,” says Ms Bechara.

The artist will also be releasing a series of limited-edition paintings that can be bought with a redeemable NFT on OpenSea, the world’s largest digital marketplace for crypto-collectibles and NFTs.

“It is not just physical art that is now being bought, but also digital art,” says Mr Searle.

The more digitised the world becomes, the more physical artworks will become valuable because of their rarity, he says.