The National - Why is Bitcoin rising again – and should investors just ignore it? 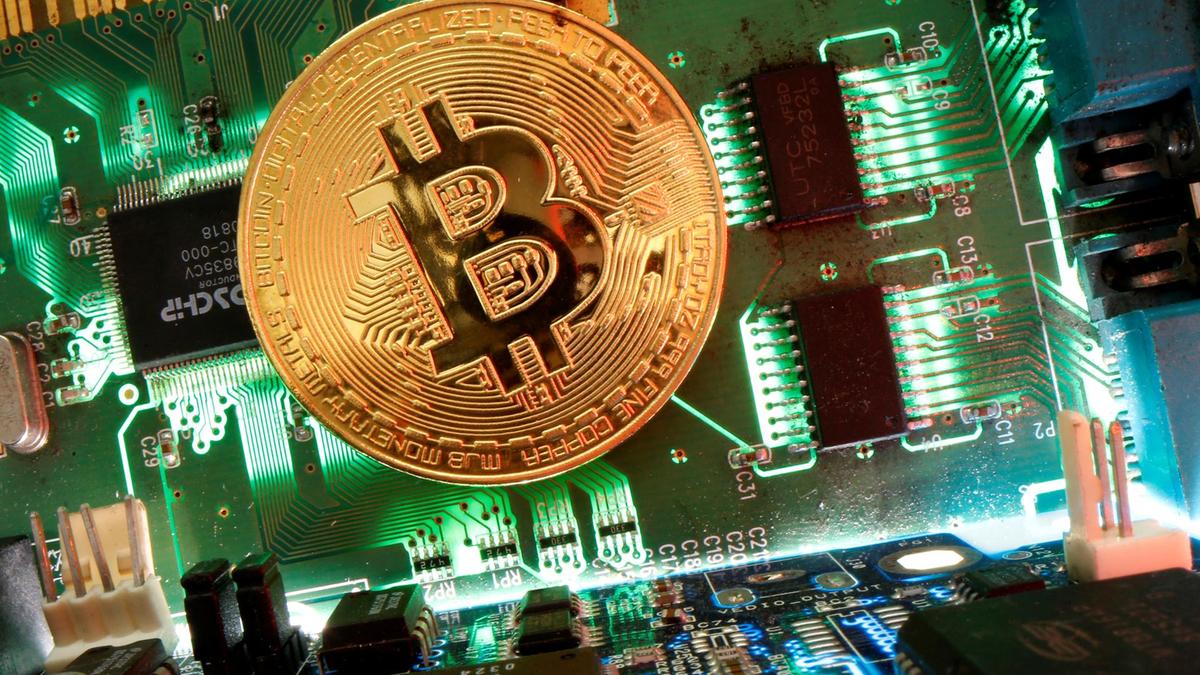 The cryptocurrency remains popular with investors but rival alt-coins are eating away at its market share.

Just when you thought it was safe to ignore Bitcoin, it has made yet another grab for everybody’s attention by shooting past the $10,000 (Dh36,725) mark.

That's the trigger point at which the best-known cryptocurrency starts hitting the headlines again, but it hasn't stopped there. At the time of writing, the price is within touching distance of $12,000.

Sceptics may be forgiven for thinking so what – that's what Bitcoin does. It goes up, it goes down. Usually at tremendous speed.

The price is still way below its all-time high of $20,000, which it briefly touched in December 2017, before crashing.

This extreme volatility makes fools of speculative investors who get excited and buy at the top, only to watch it race back down to the bottom.

Will that happen again – or is this time really different?

When the Covid-19 pandemic struck and stock markets crashed in March, many thought Bitcoin's moment had come, and it would finally assert itself as a safe haven for panicking investors.

Instead, it surprised many by falling below $5,000. That drop is now thought to be down to investors selling their crypto holdings to raise cash, as stock and bond market liquidity dried up.

The price started to recover after the US Federal Reserve and other central bankers launched their stimulus programmes, flooding markets with trillions of dollars.

Evan Darr, portfolio manager at Invesco Private Capital, says Bitcoin is now reasserting its safe-haven status, alongside gold. “Both are being bought by investors as a hedge against further deterioration of the global economy.”

Mr Darr notes that alt-coin Ethereum has done even better, rising an astonishing 233 per cent year-to-date, although this is for a different reason. “This has been driven largely by accelerating developer activity in blockchain organisations.”

While cryptos are likely to remain volatile in the short term, he believes Ethereum’s success suggests that the long-term outlook is positive. “Greater mainstream adoption and rapid growth in decentralised finance should provide long-term support."

They have seen Bitcoin going up and jumped on the bandwagon. "Then when bad news comes along, they jump off."

Mr Thomas says these movements are impossible to predict, in either direction. "It's all down to human psychology.”

While some pundits talk of Bitcoin flying past $100,000 or beyond, he says future value is impossible to predict, so ignore anyone who pretends to know. “Just enjoy the party,” Mr Thomas says.

It could prove quite a ride but if you lose money, there is nobody to blame but yourself. Crypto investors are forever kicking themselves for buying too late, or selling too early. As Mr Thomas says: “Avoiding regret is a forlorn hope.”

Dr Francesc Rodriguez Tous, lecturer in banking at City’s Business School in Dubai and London, says it is wrong to view Bitcoin as a safe haven because it isn’t. “If you had bought Bitcoin in February, by mid-March you would have lost half your money.”

If you have held onto your virtual coins, you would be nicely ahead today, though. “Given its volatility, I would only recommend it as a small part of your investment portfolio.”

Talal Tabbaa, co-founder of Jibrel Network, which offers stable coins linked to the Ethereum blockchain, says the rush to inject trillions of dollars' worth of stimulus into the global market should ultimately boost cryptos. “As governments print money out of thin air, hard assets like Bitcoin and gold with limited supply will appreciate in value.”

In contrast to “fiat” currencies such as the US dollar, there is a ceiling on the total number of Bitcoins, set by algorithms to never exceed 21 million. "By contrast, the supply of US dollars has risen by a quarter in a year,” Mr Tabbaa says.

Low interest rates will also help boost its appeal. “Like gold, Bitcoin does not offer a yield, but that is less of a problem when interest rates are close to zero anyway.”

Right now, Bitcoin has a total market cap of $117 billion. Mr Tabbaa says that is just 1.3 per cent of gold's $9 trillion market cap. "If that rose to 5 per cent, which is feasible, it would mean the price tripling.”

Mr Tabbaa says investors should have some exposure to Bitcoin, as part of a broader portfolio. “Everyone should have at least 1 to 2 per cent of their wealth in Bitcoin.”

Arun Leslie John, chief market analyst at Century Financial, says investors are torn over the sustainability of the crypto rally.

“More conservative investors attribute the recent spike to a weaker dollar, which has made Bitcoin more attractive to those buying in other currencies, or investors seeking protection against the return of inflation.”

On the other side of the argument, crypto enthusiasts believe the asset class is establishing itself, with strong growth in transaction volumes on decentralised finance, or DeFi, apps. “The total value locked in DeFi protocols has increased from $500 million to $3.75 billion over the last year, and many platforms are struggling to cope with rising user demand.”

Bitcoin remains dominant, making up roughly two thirds of total crypto capitalisation, but rival alt-coins are eating away at its market share. “Investors are increasingly looking beyond Bitcoin to smaller nascent cryptos like Chainlink. From a low of $1.46, this rallied to $20.09, up more than 13 times over just five months.”

Mr Leslie John warned against jumping onto the Chainlink bandwagon, as this kind of breakneck growth typically proves unsustainable. “Rapid moves like this one can be attributed to the basic crypto driver, fear of missing out, known in the industry as FOMO.”

Which crypto ultimately wins will depend on how many practical benefits they offer. “Top cryptos like Ethereum and Ripple XRP can facilitate transaction payment flows. Along with Bitcoin, these three could evolve into a better transaction medium, leading to take up by major central banks.”

Central banks have announced plans to launch their own digital currencies, and Mr Arun Leslie John says this will create further enthusiasm for top cryptos.

They will remain volatile and Mr Leslie John recommends taking a balanced approach to reduce risk. “Drip feed surplus money into top cryptos like Bitcoin, Ethereum and Ripple XRP rather than investing a large sum at one go.”

Tread carefully around lesser-known alt-coins. “These carry a significant high risk as most are susceptible to pump and dump and Ponzi schemes.”

Paul Webb, chief executive officer of ADSS London, says hard assets are in demand right now as a refuge from devalued paper currencies. “This applies to everything from gold, which has risen above $2,000 an ounce for this year, to more obscure items such as a cardigan worn by Kurt Cobain selling for $334,000 and arguably Bitcoin, too.”

This year’s crypto price increases have avoided the hysteria seen in 2017, strengthening the long-term case. “Investors who have slowly accumulated Bitcoin are seeing their faith start to pay off.”

Mr Webb says fears of a regulatory clampdown have receded amid talk of US banks offering custody services for digital currencies and China setting up state-backed projects. “This gives investors added assurance that cryptos are here to stay in one form or another.”

To protect yourself, never invest money you cannot afford to lose or will need in the near future, and brace yourself for potential losses. Today, Bitcoin is up. Tomorrow, it could be anywhere.

Remember, you are not just putting your money on the line, but also your emotions. This can be a roller coaster ride.