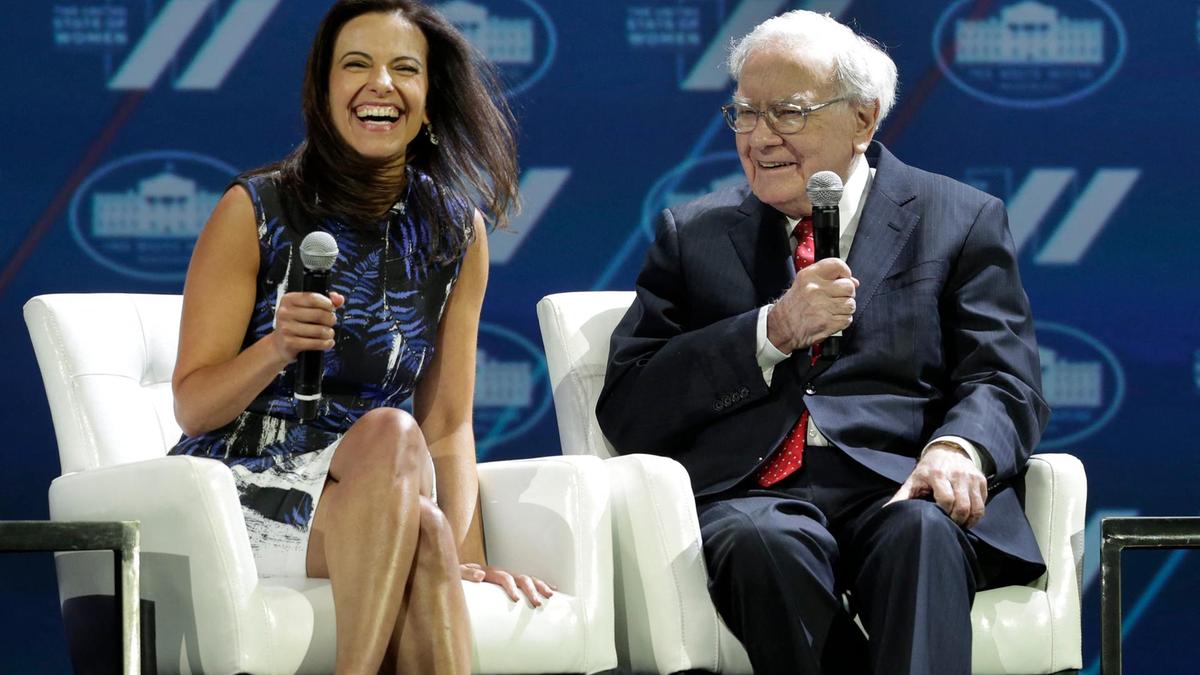 What does legendary billionaire investor Warren Buffett have in common with women?

Both Mr Buffett and women invest better than the average man, according to LouAnn Lofton's 2012 book Warren Buffett Invests Like A Girl – And Why You Should, Too.

The Berkshire Hathaway chairman and chief executive believes in long-term value investing and the power of compounding growth, investing in only what he understands and says excessive portfolio diversification can be dangerous. The "Oracle of Omaha" advises investors to stay the course and focus on fundamentals, as well as putting money into passive index funds. It is these traits that women also display when investing, according to financial experts.

“Female investors are often more risk-averse than men. They are more comfortable with – and like the idea of – investing for long-term success rather than seeking out high-risk, short-term strategies,” Carol Glynn, founder of Conscious Finance Coaching, says.

Male investors also “seek ways to invest now and earn large gains quickly so they can cash in and use the money to reinvest into something else to multiply it as quickly as possible”, Ms Glynn adds.

Men trade on average 13 times a year whereas women trade nine times, according to a study by Warwick Business School. Echoing these findings, a study conducted by financial services company Fidelity International found that on average, men are 35 per cent more likely to make trades than women.

“The female attitude to trade and save to achieve financial independence is less proactive than how alpha males may choose to invest, although routing to a passive strategy does appear to bag higher returns in the long run,” Arun John, chief market analyst at Century Financial, says.

Shina Mahajan, a 37-year-old Indian expat in Dubai, endorses this strategy. She has been investing in stocks and bonds through index investing and real estate for three years.

Ms Mahajan, who has been in the UAE since 2016, read online resources, articles and a few books to educate herself about investing. She also connected with SimplyFi, a non-profit community of UAE investment enthusiasts, to improve her understanding on how to build a low-cost portfolio and choose diversified funds.

With this information, she has also set up an emergency fund, term insurance and drafted a will.

“My investment style is to pick global index funds with stocks and bonds in an allocated ratio and make regular contributions, regardless of market conditions for the long term. They should require minimal monitoring,” she tells The National.

“Passive index investing is the most simple, low-cost and stress-free way to invest.”

Ms Mahajan researches before investing as it helps her to understand the risks and growth associated with an asset class. She will begin drawing down on her portfolio in 12 years to pay for her children's education, but will rebalance the asset ratio when needed.

However, mainstream financial markets, systems and products are not set up to cater to women and their long-term investment strategy, according to Jessica Robinson, the author of Financial Feminism: A Woman’s Guide to Investing for a Sustainable Future.

“Take, for example, the current obsession with cryptocurrencies. My concern is that the panic and flurry is often fuelled by the priority given to short-term financial gain,” Ms Robinson says.

“This does not sit well for many female investors who want to feel connected to building a world based on their values – a world that is fairer, more equitable and more sustainable.”

Women’s wealth in the Middle East is set to grow at a 9 per cent compound annual growth rate through to 2023 and wealth managers must shift their culture to become more inclusive, according to a report by global consultancy Boston Consulting Group.

Women across the world are highly motivated to think about impact in their investment decisions – invariably those impacts have some kind of environmental and societal dimension, adds Ms Robinson, who also launched Moxie Future, an education, insights and community platform that aims to empower women as sustainable investors and “financial feminists”.

The investment industry needs a huge wake-up call because many women feel underserved and disengaged by the sector, she says.

“Women often report feeling patronised or talked down to by financial advisers, the mainstream media belittles women’s relationship with money and investment products and services are designed, by default, through a male lens,” Ms Robinson adds.

In 2018, a linguistic study by the UK-based Starling Bank analysed the difference between how media outlets speak to their readers about money.

It found that women are often dubbed as “excessive spenders” and encouraged to save. They were advised to “limit, restrict and take better control of shopping splurges”. In contrast, men are “dared” to invest, to “spend” to achieve “power” and it is implied that financial success will make him “more of a man”.

The gender investing gap deserves as much attention as the gender pay gap, Ms Robinson says.

“Many women are saving less for retirement and parking more in cash. The reality is if you don’t start investing, you may well be missing out on potential financial returns."

Ms Glynn agrees, saying women often tend to stick to an asset class they are comfortable with, believe in or understand such as equities, bonds or property. They are also more likely to seek the help of an adviser to tell them what to invest in, while men are more likely to talk to each other, research and speak to an adviser only to confirm their understanding, she adds.

However, she says some of her female clients have diversified portfolios, are interested in new investment opportunities, do their own research and invest when they feel it is right for them and fits their investment strategy.

“It really depends on the individual, their investing confidence levels and often what they were exposed to regarding investments while growing up,” Ms Glynn says.

“Women are in the game for the longer term and tend to avoid ‘lottery-style’ speculation. Men are more likely to buy lower-priced shares, which helps explain the modern meme stock phenomenon, which women choose not to entertain due to its short-lived bull run,” Mr John says.

In a 2009 study, investment platform Vanguard looked at the 2008 global financial crash and found that men were more likely to panic and sell at the bottom, whereas women, who tend to be calmer, patient and have a longer-term outlook, did not.

Meanwhile, female investors are also more sceptical of newer asset types, experts say. They will invest in assets such as cryptocurrencies “but on a much lower scale and a smaller percentage of their portfolio than men do”, Ms Glynn says.

Only 15 per cent of global Bitcoin traders are women, according to February 2021 data from investment platform eToro. The situation is similar with Ethereum, which saw the percentage of female investors rise slightly to 12 per cent from 11 per cent at the beginning of 2020, eToro added.

“Men tend to be more adventurous and less risk-averse when it comes to investing and often want to invest in different types of asset classes, while women are less aggressive,” Ms Glynn says.

Women often follow strategies their parents believed in and instilled in them. The motivation is usually to invest to increase wealth on a long-term basis with as little involvement as possible, she adds.

“This is why investing in exchange-traded funds and bonds tends to be a popular option. When investing in investment properties, women tend to want to invest in a location where they have family close by to help manage it.”