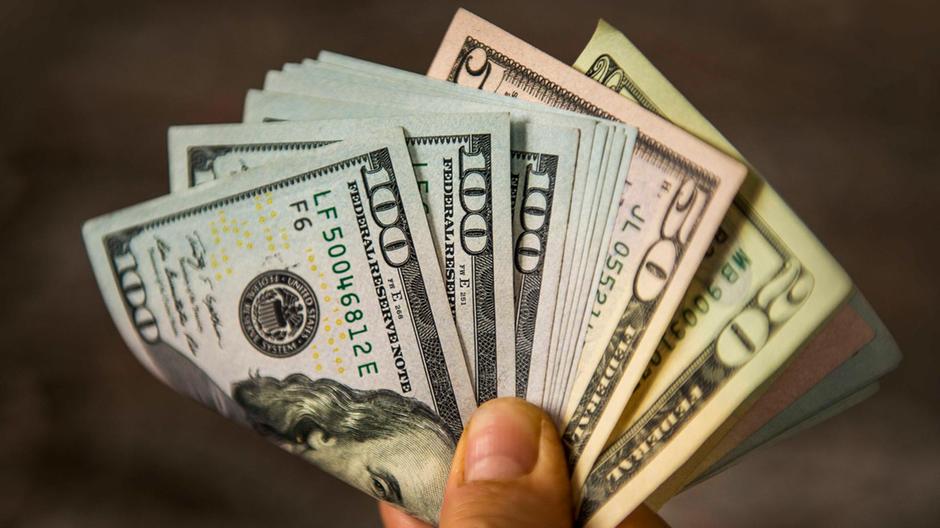 The Natonal - What does the weaker US dollar mean for you?

For years, UAE expats and residents have benefited from the strong US dollar, which has made their money travel much further overseas.

The greenback has been a currency superpower for the past decade, giving UAE incomes global superpower status, too.

The dirham’s peg to the world’s reserve currency works beautifully when the dollar is strong. Foreign holidays, property purchases and money transfers are all cheaper (the US being the obvious exception).

It isn’t so attractive when the dollar falls, as it has lately. Suddenly, UAE earners are finding themselves on the wrong side of the dollar trade, and some will be hurting as a result.

So, why is the greenback off colour and is there anything you can do about it?

When the world went into the coronavirus-induced lockdown and stock markets crashed in March, terrified investors initially rushed into traditional safe-haven US government bonds, or Treasuries.

This surge in demand saw the dollar spike dramatically on March 20, but it has been falling pretty much ever since.

Gaurav Kashyap, head of futures at Equity Global Markets in Dubai, pins the blame on the US Federal Reserve, which launched unlimited quantitative easing on March 23 to boost global liquidity and prevent a market collapse.

The Fed pumped more than $3 trillion (Dh11tn) into the economy, almost doubling its balance sheet to more than $7tn. This saved the stock market, but at a cost. Mr Kashyap says: “This sudden, massive abundance of US dollars in the market sent the greenback crashing to its lowest level for two years.”

Arun Leslie John, chief market analyst at Century Financial, says the Fed’s new monetary policy framework implies interest rates will not rise for a long period. “This could lead to a scenario where US inflation is higher than interest rates, giving investors negative real yields, and that is bearish for the dollar.”

Mr Kashyap suspects the dollar has now hit its bottom. “The Fed has played its strongest hand. Now, the other global central banks have to follow suit, including the European Central Bank.”

By contrast, John Hardy, head of FX strategy at Saxo Bank, thinks it could fall further. “The dollar trades only slightly lower than before the pandemic, and may actually be overvalued. Continued stimulus and negative real interest rates may further erode its value.”

What happens next partly depends on the US presidential election on November 3.

Mr Hardy says the US dollar is likely to keep a “holding pattern” until polling day, but could start to “appreciate modestly” if we get a clear result.

he big worry is that there is no clear result, with Donald Trump dropping hints that he will dispute any defeat. Political chaos and social unrest would spell further misery for the dollar dependent.

A clear sweep for Joe Biden might avert that, but Mr Hardy said even then, the greenback may not be an automatic winner.

The Democratic Party candidate has pledged to spend about $3.5tn on clean energy, infrastructure, education and other initiatives, and another dollar splurge could further weaken the greenback.

With uncertainty piled on uncertainty, it is impossible to guess where the dollar will go next, and you shouldn’t even try.

What should you do then?

If you have regular commitments in another currency, then you still have to service them.

Today’s volatility underlines the benefits of setting up a regular monthly overseas transfer, using a low-cost international currency service, which typically lets you lock into a fixed rate for one or two years.

The problem is that it makes sense to do this when the dollar is strong, and holds less appeal today, when it is weak.

Those who can afford to hold off on transferring currency will be tempted to do so in the hope of securing a better rate later.

Mr Leslie John warns that this may backfire as the long-term trend for the dollar seems to be low, so you could be waiting a long time. “In any case, remitters should not try to time the market due to the highly volatile nature of the FX world.”

A mix-and-match approach may work best. Lock into a long-term monthly contract for some of your remittances and send lump sums when the dollar movements are working in your favour again.

Demos Kyprianou, a board member of SimplyFI, a non-profit community of personal finance and investing enthusiasts in Dubai, says there is only so much you can do to offset adverse currency movements.

“Nobody can predict the future, so be careful before trying to second guess where the dollar will move next. The market is always smarter and faster than you are.”

Resist the temptation to start trading currencies in an attempt to offset any losses. “You can quickly get your fingers burned,” Mr Kyprianou adds.

Currency swings will also affect your investment portfolio. Standard financial advice is to leave your long-term wealth invested in the currency of the country where you plan to spend your retirement.

So, if you plan to retire in the US, most of your money should be held in US dollar-denominated funds.

While these assets may have fallen in value relative to other currencies, their spending power in the US will be undiminished.

If you plan to retire in Europe, the UK, India, Thailand, Australia or wherever, today’s dollar weakness means you get less bang for your buck when buying shares, bonds and other assets denominated in the local currency.

If that worries you, one option might be to invest in US assets for a while, although first check what exposure you already have. You could even take advantage of the recent tech stock sell-off, which has seen green car maker Tesla fall more than 20 per cent in a matter of days.

Mr Kyprianou says if your portfolio is invested in a balanced range of global stocks and bonds, then sit back and relax. “You will have exposure to multiple currencies, and should not worry overly if one of them falls.”

Currencies only move relative to each other, so others will have compensated for dollar weakness by rising in value.

Some investors have been tempted by “hedged” exchange-traded funds (ETFs), which use forward exchange contracts to hedge against exchange rate fluctuations, but Mr Kyprianou urges caution. “They do not necessarily reduce your volatility and normally charge higher fees.”

Gerald Moser, chief market strategist at Barclays Private Bank, says it started hedging against potential US dollar weakness in February by shifting clients’ money into a basket of selected G10 currencies. It also increased client exposure to gold, one of this year’s best performing asset classes.

The precious metal recently hit an all-time high of just over $2,000 an ounce, and although it has retreated slightly, Mr Moser says it should continue to shine as investors seek protection against negative real rates and persistent uncertainty. “Asset managers increasingly view gold as an alternative to bonds.”

Mr Kashyap says “smart money should move into gold” right now. “It should act as a hedge against inflation, as well as economic and political uncertainty.”

With further central bank easing anticipated, the precious metal should hold strong, and $1,860 would be a good long-term entry point, he adds.

UAE assets such as real estate could also be in demand, as the weaker dollar/dirham makes them cheaper for investors buying in foreign currencies, he adds. So, it could be a good time to sell, if you can find an overseas buyer.

The US dollar is down, but it will recover. One day, dirham earners will get their superpower status back. When that day comes, use it wisely.