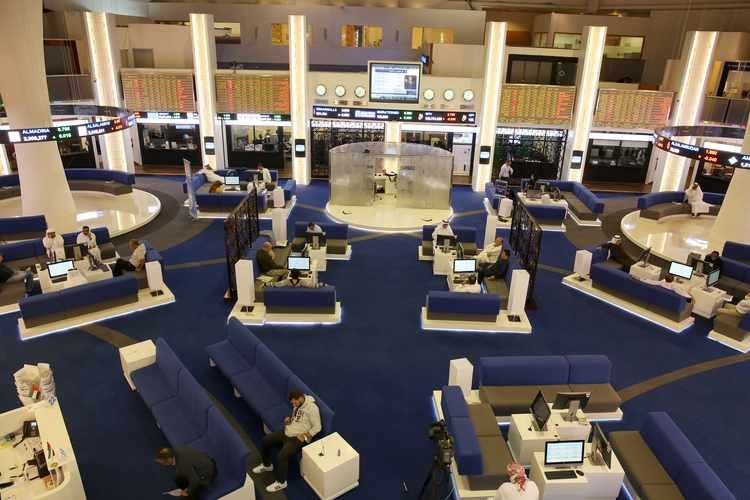 The Dubai Financial Market (DFM) has a healthy level of initial public offerings (IPOs) in its pipeline and expects its new real estate investment trust (REIT) platform to have promising growth prospects, its chief operating officer has told Zawya.

“We have a healthy pipeline from the backlog of the past years and new potential issuers as well,” Hassan Al Serkal, COO and head of the operations division of DFM told Zawya during an interview at the company’s headquarters in Dubai. He added that the company is also looking to create a platform that will allow free zone companies to tap capital markets.

“Currently, we are at different stages of discussions with potential issuers including three companies from different sectors such as industrial and healthcare that are looking to list on our main market, and two companies that are considering a listing on the planned platform free zone companies,” he added.

“We hope to see a revival in the IPO sector over the coming period considering the dozens of companies that are ready to go public any minute based on our continuous communication with them,” Al Serkal said.

He added that the decision and the timing of any listings would be taken by each company.

In September 2018, DFM published a new set of rules on the listing and trading of real estate investment trusts (REITs), paving the way for the launch of a new REIT platform. The launch date was not specified, but the statement said at the time that it would be launched “during the next few months”.

“The DFM’s REITs platform is all set and we are ready to go live any minute once a potential issuer secures all the regulatory approvals,” Al Serkal told Zawya.

“There is one potential company which is awaiting only the approval of our regulator,” he added, noting that once the company gains the necessary approvals it can list immediately.

Both ENBD REIT and its competitor, Emirates REIT, have seen their share values slip considerably below their portfolio’s net asset values (NAVs).

Earlier this year, ENBD REIT began a buyback programme that allows it to purchase up to 4.4 million company shares as part of a plan to boost its discounted price.

However, Equitativa’s CEO told Zawya in an interview in April that the company is not considering buybacks of Emirates REIT’s stock despite its decline in value. Its Net Asset Value per share at the end of April stood at $1.70, but its shares closed on Sunday at a 58% discount to this, at $0.714 per share.

Al Serkal said that it would be impulsive to speculate on the performance of REITs as they are driven by many factors, just like any other listed security.

He noted, though, that DFM is looking to create an active REIT platform – “especially that we have successfully created a framework that reinforces the development of the REITs sector on the market, including the listing and trading rules as well as the possibility of appointing liquidity providers and market makers”.

“We believe that the REITs platform has promising growth prospects, considering the impressive presence and growing global reputation of Dubai’s real estate sector,” he said.

Al Serkal said that the drop in traded value is in line with other exchanges worldwide, as “74% of the global exchanges registered a decline in their traded value during the first five months of this year compared to the same period of 2018”.

Valecha attributed the drop in volumes this year to a plunge in real estate shares last year,

which caused a decline in investors’ confidence, despite the fact that the sector has only recorded a marginal decline in 2019.

“The confidence of investors will improve only when the sector stabilises – and there are already indications that Dubai shares are consolidating,” he added.

Valecha said that there has been a “sequential improvement in traded volumes” in the second quarter of 2019, with volumes rising by 23.72% when compared with the first quarter.

“For sure, more real estate supply is expected in the remainder of the year but this seems to be discounted by the investors,” Valecha said.

“With (the) US Federal Reserve going for an ‘insurance cut’, European Central Bank poised to increase monetary stimulus and China planning to add fiscal stimulus, the global environment is benign and DFM is likely to rise by 3-5% by the end of 2019 from the current level,” he said.

The last IPO to take place on the Dubai Financial Market was the listing of Emaar Development’s shares in late 2017. And although Al Serkal has expressed confidence in DFM’s prospective pipeline, two UAE firms that have sought public market listings so far this year –

payments firms Network International and Finablr – both chose to list in on the London Stock Exchange (LSE), eyeing the much larger potential investor pool.

However, Al Serkal argued that firms which choose listings outside the UAE don’t always make the right choice.

“In most cases, companies that went abroad faced the dilemma of being a very small fish in a huge tank,” he said.

“The learnt lessons of the past show that companies from the Middle East mostly did not find the desired levels of liquidity and trading from international listing compared to a listing on their national exchanges,” he said.

“Hence, we have seen many companies cancelling their international listings afterwards due to unfeasibility in terms of achieving the main objectives,” he added.

Damac Properties had previously listed its global depository receipts (GDRs) on the LSE in 2013, before delisting and moving all of its share trading to the Dubai Financial Market in 2015.

DP World had a dual listing on the London market and on Nasdaq Dubai for many years, but its shareholders eventually delisted from the LSE at the end of 2014.

Al Serkal said that over the past few years, DFM has introduced a number of initiatives in a bid to boost the market’s liquidity.

“We have launched many services such as the margin trading, the allocation account, the margin finance transfer and the repo (service),” Al Serkal said.

The exchange had also introduced other mechanisms and services,  such as liquidity provision, market making, regulated short selling (RSS), trading of rights issues and securities lending and borrowing.

Al Serkal said that DFM is also looking to introduce derivatives and is in discussions with a potential issuer to list an exchange-traded fund.

“We are also organising international investors’ roadshows annually in London and New York since 2007, for instance, next month we will be in New York with a delegation representing nine companies listed on DFM and Nasdaq Dubai,” he added. The exchange has also recently an eIPO platform in a bid to make IPO filings easier as part of its ‘Smart Bourse’ strategy.

“As for the new initiatives, we are carrying on with the implementation of DFM Strategy 2021 in order to further diversify the product offering, including the listing of the first REIT,” Al Serkal said.