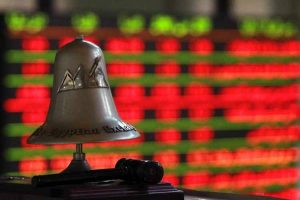 Advisors are predicting an improvement in what has been a “steady” period for new stockmarket listings, following accountancy firm EY’s publication of new data on Tuesday indicating a year-on-year increase in the number and size of initial public offerings (IPOs) in the MENA region.

EY’s latest MENA IPO Eye report for the second quarter of 2018 showed that $881.5 million was raised via IPOs through nine separate listings on public stockmarkets.

Gregory Hughes, IPO leader for EY in the MENA region, said that he believed the pipeline of potential new IPOs coming to the market remained “reasonably strong”.

“I would expect a number of local listings in Egypt, in Saudi, in Oman perhaps, the UAE and to a lesser extent Qatar and Kuwait,” he told Zawya in a telephone interview on Tuesday, before adding that the main stumbling block in forecasting related to the timing of IPOs.

“It’s very difficult to predict exactly when the window will open and when the regulator – in each of these jurisdictions – will have capacity to deal with multiple listings at one time.

“There’s also lots of other influences out there, like the general state of the markets both here and… around the world. Any kind of external shocks will put people’s plans off. The windows are pretty small in terms of successfully getting an IPO away,” Hughes added.

Saudi Arabia was the most active market in the second quarter of 2018, EY’s report said, with three IPOs. All of these were listings of new real estate investment trusts (REITs), with the largest being a $237.5 milion listing of the Mefic REIT fund. This brought the total number of REITs listed on the Saudi market in the first six months of 2018 to eight, and the total amount raised to over $1.1 billion.

Kerim Kotan, managing director at Istanbul-based Pragma Corporate Finance, said that the IPO market in the Gulf during the first six months of 2018 had been “primarily led by REITs and by KSA”.

“So there are not many new (operational company) market entrants,” he told Zawya via email on Tuesday.

Kotan said the Gulf’s equity markets were generally dependent on oil prices and political stability – both of which have faced challenges in recent years.

Mahitab Ashmawi, a vice-president at Al Masah Capital’s asset management arm, told Zawya in a phone interview on Tuesday that the IPO market has been “relatively stable” for the past 18 months, and argued that the outlook for the remaining four months of this year was promising, citing two announcements by firms on Monday that they would float stakes on the Egyptian Exchange – Sarwa Capital and Cairo For Investment & Real Estate Development (CIRA).

“This is only yesterday, and this is only the private companies and not the government IPO programme that is supposed to start any time before the end of the year,” Ashmawi said.

“From talking to people in the market, they are saying that lots of IPOs are going to come. This is in addition to the government IPOs as well,” she added.

“For now, the Saudi market and the Egyptian market are the most active when it comes to IPOs,” Ashwani added.

“Strong economic growth on the back of bullish oil prices should ensure that Middle East stock markets remain well supported (and) would encourage more IPOs going forward. GCC countries are preparing to witness a record boom in IPOs this year,” he said in an emailed response to questions from Zawya. “Taking the lead this time are Saudi Arabia and UAE, which have more than 30 companies in the IPO pipeline. The main IPOs which are highly anticipated are of Abu Dhabi Ports, Senaat and Emirates Global (Aluminium).”

Hughes said that there were many reasons why firms seek to float on foreign exchanges – junior markets like AIM often have less restrictive listing rules (although he said that the Nomu parallel market in Saudi Arabia and the newly-segmented market in Kuwait potentially provided local alternatives), listing on the same market as sector peers can benchmark performance and listing on markets with greater pools of sector investors can provide more liquidity for share trading.

“I think liquidity is key. If you look at the local exchanges there tends to be a whole raft of much larger, well-known companies listed but the depth of the market is much less than what you would see in London or New York, for example,” Hughes said.