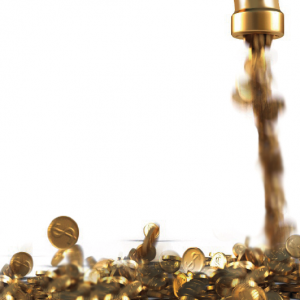 The dollar made its biggest daily gain in a month on Friday and posted a weekly increase for the fifth time in six weeks as progress on U.S. tax reforms raised prospects of a fiscal lift to the economy, bolstering investor appetite for risk. The dollar hit a three-month high against the Japanese yen to 113.56 yen, and a five-month high against the Swiss franc, touching 0.9858 franc. Traders seek the yen and Swiss franc in times of uncertainty and fear, and sell the currencies when they favor riskier assets. Senate approval of a budget blueprint on Thursday for the 2018 fiscal year cleared a critical hurdle for Republicans to pursue a tax-cut package without Democratic support. Investors also have viewed as bullish for the dollar remarks this week from Chair Janet Yellen and other officials of the Federal Reserve that suggest the central bank is moving forward with another rate hike this year. The dollar’s strength dragged the euro down 0.6 percent to $1.1763 ahead of a ECB meeting next week in which policymakers are seen cutting bond purchases but voting for an extension in stimulus. Enhanced risk appetite also helped boost the euro. The New Zealand dollar sank to a five-month low on concerns the new Labor coalition will take a harder stance on immigration and foreign investment than the outgoing center-right government.

U.S. stocks hit record closing highs on Friday and the S&P 500 posted a sixth week of gains after the U.S. Senate passed a budget resolution, lifting hopes that President Donald Trump’s tax-cut plan may move forward. Shares of General Electric reversed an early drop of 6.3 percent to end 1.1 percent higher, and the S&P industrials index also finished up 1.1 percent. The Senate’s approval late Thursday of a 2018 budget blueprint could pave the way for Republicans to pursue a tax-cut package without Democratic support. Stocks rallied following the November election of Trump, partly on his promises to cut taxes and reduce regulations. The S&P index of financials which are expected to benefit from the administration’s proposed policies, rose 1.2 percent and its components were among the day’s best performers. The small-cap Russell 2000 index gained 0.5 percent. Small-cap companies are likely to get a boost from tax reform. The Dow Jones Industrial Average rose 165.59 points or 0.71 percent to end at 23,328.63 the S&P 500 gained 13.11 points or 0.51 percent to 2,575.21 and the Nasdaq Composite added 23.99 points or 0.36 percent to 6,629.05. Also on the earnings front, PayPal’s stock rose 5.5 percent after upbeat earnings. The pace of third-quarter reports should pick up next week, with results from Caterpillar and other big names.

Oil prices were flat on Friday in see-saw trade, under pressure from weak U.S. demand but drawing support from a sharp decline in Iraqi crude exports due to tensions in the Kurdistan region. U.S. light crude was 10 cents higher at $51.39. Brent crude was up 24 cents at $57.47 a barrel. Oil exports from Iraq’s Kurdistan via the Turkish port of Ceyhan were flowing at average rates of 216,000 bpd, down from the usual flows of around 600,000 bpd, a shipping source said. Russia’s biggest oil company, Rosneft, has agreed to take control of Iraqi Kurdistan’s main oil pipeline in a $1.8 billion investment. U.S. commercial stocks of crude oil have dropped 15 percent from their March records, to 456.5 million barrels, below levels seen last year. Part of this drawdown has been due to rising exports as a result of the steep discount of U.S. crude to Brent, which makes it attractive for American producers to export their oil. Crude oil for immediate use now carries a premium over forward futures, making it profitable to sell oil produced now rather than storing it for sale later. Shipping data in Thomson Reuters Eikon shows that overseas U.S. crude oil shipments have soared from virtually zero before the government loosened export restrictions in late 2015 to around 2.6 million bpd in October.

Gold prices fell on Friday after the U.S. Senate approved a budget blueprint that paves the way for tax cuts, causing stocks, the dollar and bond yields to rise. The Republican-controlled Senate voted by 51-to-49 late on Thursday for the measure, clearing a hurdle for tax cuts that would add up to $1.5 trillion to the federal deficit over the next decade. Investors betting on faster economic growth as a result bought riskier assets while bond holders reduced their positions on worries that inflation and federal borrowing could rise. Higher bond yields increase pressure on bullion because gold does not offer a yield, while a stronger dollar makes it more expensive for holders of other currencies. Spot gold was down 0.77 percent at $1,279.44 an ounce, down about 1.9 percent on the week. U.S. gold futures for December delivery settled down $9.50, or 0.7 percent, at $1,280.50 per ounce, 1.8 percent lower on the week. The net long position of money managers in Comex gold has fallen from a peak in early September but is still elevated. In other precious metals, silver was down 1 percent at $17.02 an ounce, taking its fall this week to around 2 percent. Platinum was down 0.3 percent at $918.50 an ounce and palladium was up 1.5 percent at $972.80 per ounce. Both metals were down on the week.

Established in 1989, Century Financial Brokers L.L.C.is the region’s leading financial brokerage firm and a well reputed online trading service provider in the United Arab Emirates. Since inception, Century continues to have a strong commitment and dedication towards providing superior and personalized customer experience, and empowering its customers through education, training and support, in line with the values and beliefs of its founder, Mr. Sulaiman Baqer Mohebi, a dynamic and visionary business leader.

Century operates on the world’s leading platform which also provides a wide-range of financial instruments, covering 6 asset classes, across 100 markets worldwide with products ranging from Currencies, Commodities, Indices, Metals, Energies, and Inter-Bank Money Markets for both local and expatriate investors, to meet their diverse trading and investment needs.