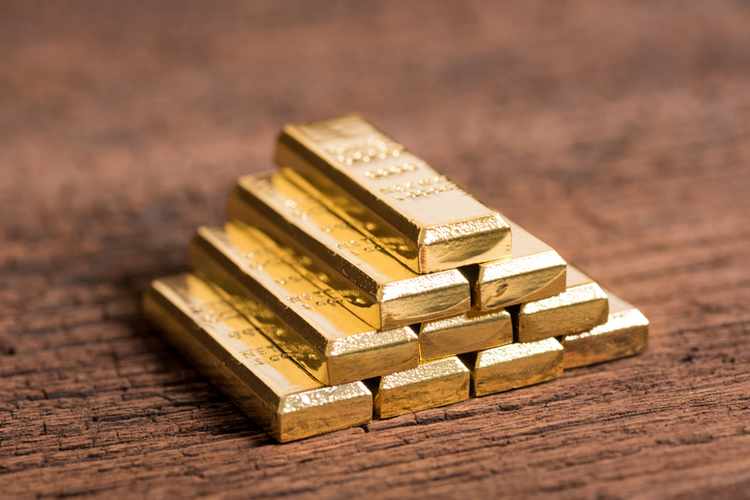 Gold prices climbed on Tuesday as concerns over the recent outbreak of corona virus in China and its spread across other counties has led to a sell-off in equities bringing investors, seeking a safe haven asset, back to the metal.

Spot gold is currently up 0.16 percent at $1,579.12 per ounce after rising to $1586.43, its highest level since January 8, when it surged in the wake of geopolitical tensions between the US and Iran.

“Gold is positioned to appreciate further this week with market uncertainty opening the gates towards $1,600. A solid daily close above $1,580 should encourage a move towards $1,589 and $1,600, respectively,” Lukman Otunuga, research analyst at FXTM said in a note.

The coronavirus outbreak has so far claimed more than 100 in China where there are 4,515 confirmed cases. The virus has now spread to more than 10 countries, with cases identified in the US and France.

For context, the last time the world witnessed the deadly contagious SARS virus, gold rallied by almost 27 percent over the next 12 months from March 2003 to march 2004, said Vijay Valecha, the Chief Investment Officer at Dubai-based Century Financial, in a note last week.

The global economic cost of the 2003 epidemic was widely estimated at $40 billion.

However, this time around analysts are not clear on whether the impact of the corona virus on gold prices will be positive or negative. The virus outbreak could curb immediate demand in China, the world's largest gold-consuming nation. In addition, the contagion could also lead to weaker economic growth in China in coming months, also dampening demand.

On the other hand, gold is mostly seen as a safe haven and could attract interest from risk-averse investors.

“Chinese New Year celebrations have just started and the potential absence of the physical buying from Chinese sources is real and significant,” Gerhard Schubert, founder of Schubert Commodities Consultancy in Dubai, told Zawya.

“However, the influence of the virus outbreak on the current level of gold prices is, in my opinion, negligent at this point in time. It could become a significant factor if developments get a lot worse but the market has not taken major new long positions because of the corona virus as yet.

According to Gaurav Kashyap, Head of Futures at Dubai-based EGM Futures, the virus has only an indirect effect on gold prices.

“While I don’t see a strong correlation between the coronavirus and gold, the virus has weighed down equity markets, which is propelling gold prices in the interim. This trend should continue in the upcoming months. Equity markets are a tricky play here; while many have been calling for a larger scale correction, we have not seen this as yet. Instead, we have seen sell offs occur on Iranian developments, and the outbreak of the coronavirus,” he told Zawya.

Most Asian markets, which opened after the Chinese New Year holiday, extended a global sell off and fell in trading on Tuesday, as concerns over the economic impact of China's coronavirus spooked global markets.