Gulf News – Where Indian expats in UAE should park their cash to get rich: Fixed deposits or bonds 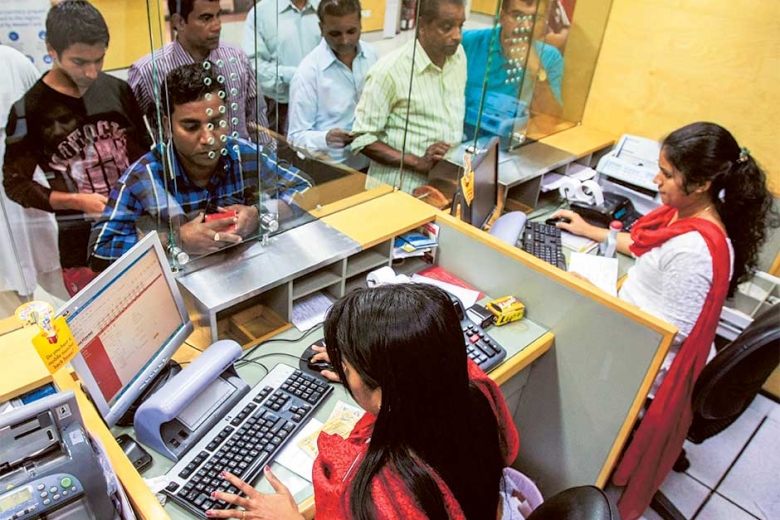 UAE expatriates are always on the lookout for financial schemes that help them grow their savings faster. Among the non-resident Indians (NRIs), one of the most popular options is to send their money back to their home country.

The repatriated funds aren’t solely used for day-to-day expenses of expatriates’ dependents – they are placed in various investment options available in India.

Some of these funds are used to purchase a home, while other NRIs opt to park their remittances in mutual funds, bonds and rupee or dollar fixed deposits. Bonds, as well as US/rupee fixed deposits in India, more popularly known as Foreign Currency Non-Repatriable (FCNR), appear to be the most in demand of them all.

And, as the Indian rupee continues to take a downward slide against the US dollar, more and more NRIs are looking at sending money home to benefit from the strengthening UAE dirham.

“There is an increased remittance flow from the UAE and the rest of the Middle East. Many in the UAE are even considering taking personal loans in the UAE to pay off a mortgage taken in India. Interest rates on personal loans in the UAE are low compared to interest paid on mortgages in India. With the rupee falling, it is even more beneficial for NRIs in the Middle East as they are gaining in currency exchange,” Srinivasan Arun, chief financial officer (CFO) of Emirates Post Group

But why are fixed deposits and bonds particularly in demand right now?

Fixed deposits, particularly those in US dollars, are trending among those with lesser appetite for risk. They fetch an annual return of around 3.5 per cent, a lot more than what anyone can get from the standard savings account.

“It is a safe and secure deal end of the day. Those with a cash surplus are also tending to park their extra dough in such investments,” Arun said.

Also offering equally attractive, if not better, yields are bonds, but unlike fixed deposits, they tend to carry more risks.

Bonds are issued by governments and corporations when they want to raise money.

So, effectively, when you buy a bond, you’re giving the issuer a loan and you are essentially the lender. At the end of a certain period, the value of the bond is repaid and investors also receive a pre-determined interest rate (also known as the coupon) – usually paid annually.

In other words, the investor gets his face value back, as well as some extra money, or the interest, if the company fares well and if the bond purchaser buys it at a low price.

This option, however, has a level of risk involved, so picking the right bond at the right price is crucial. But when you do it right, the reward is higher and some bonds can fetch an annual interest of five to seven per cent interest.

Not all bonds pose a high risk, however. For example, a treasury bond (T-bond) is a common choice among investors with low-risk tolerances or a focus on generating income.

According to Devesh Mamtani, head of investments and advisory for financial markets at Century Financial, any bond carries market and credit risks.

“To some extent, credit risk can be mitigated by buying good quality sovereigns. However, market risks cannot be avoided and, depending on interest rate fluctuations, economic or geopolitical scenario bonds will rise or fall resulting in capital gain or loss.”

“For example, the number of US interest rate hikes expected in 2019 is almost nil when compared to three hikes predicted some months back. These types of changes can result in capital fluctuations.”

How to maximise bond returns

As for returns, the investor can stretch the bond interest rate with leverage. Leverage refers to an investment strategy of using borrowed money — specifically, the use of various financial instruments or borrowed capital — to increase the potential return of an investment.

When one refers to a company, property or investments that are ‘highly leveraged’ it means that the item has more debt than equity. So, there is a lot of risk here if the company you’re buying the bond from performs poorly. The bond purchaser is even at risk of losing his capital investment. However, the return can be as high as seven to eight per cent annually with a good amount of leverage, but analysts are not recommending this in the current market scenario.

“In 2009, we had the global recession and fixed deposit interest rates went high during this period. The government wanted to attract liquidity and they increased the interest rates. They wanted to bring in that liquidity. Currently, because of the US turmoil, we are looking at a rate of 3.5 per cent interest,” said Arun.

Pros and cons of fixed deposits

Fixed deposits also have advantages and disadvantages, and savers can reap high returns or less, depending on market conditions and the currency of choice.

Investors taking this route can choose to park their money in different currencies, and if you choose the rupee option, the returns can be high, say, seven to eight per cent.

However, a fixed deposit in rupee can lose a lot of value if the Asian currency nosedives against the greenback. Conversely, a US dollar-pegged account can yield substantial rewards if the greenback strengthens.

“Leveraged FCNR products linked to the Indian rupee have lost a lot of money for non-resident Indians as the rupee depreciated almost 13 per centage in the last one year,” said Mamtani.

But there’s one thing to be confident about and that is Indian banks are looking strong and are unlikely to go bust, as there are strong regulations governing these banks.

“Indian banks are regulated by the government. A local Indian bank may face crisis but it is unlikely to go bust. For example, Yes Bank is facing a crisis. ICICI also faced a crisis end of 2008, but the Indian government pumped money into these banks and revived them. Indian banks are also internally insured so parking your money in fixed deposits with them is a good option.”

So, if you want to invest in rupees back home, local fixed deposits yield a good return. However, if you intend to use the money elsewhere or take it back to Dubai at some point, fixed deposits can be the best bet.

“The FNCR fixed deposit product works well for clients and banks, as long as the underlying rupee remains strong against the dollar. But, as the currency depreciates, the total value of investment also declines directly, impacting the share of investor’s equity,” said Mamtani.

Other options for bonds

PSU bonds, which are sold on private placement basis, are generally considered to be less risky while private bonds have a wide spectrum of risks associated with them, depending upon the credit rating of the issuing company.

Non-convertible debentures are secured debt and are issued by corporations with the backing of their assets.

Perpetual bonds work like lifetime irredeemable fixed deposits. Investors will receive a fixed interest on these bonds every year, but don’t have an option to redeem their principal. Perpetual bonds are issued by banks under tier-one capital.

As an NRI, you can consider all of the above options in your investment plan. Just like government securities, you need to have the requisite money in your NRI account and your bank will execute the purchase or sell instruction on your behalf.

Investors are also advised not to put their eggs in one basket. They can opt for both fixed deposit and bonds, with more allocation towards the high-yielding options.

“Given the carried characteristics of these products, it is clear that investors who prefer liquidity should allocate a major part of their portfolio for bonds, while others should go for more of fixed deposits, said Mamtani.

Fixed deposits should ideally be held for a minimum period of two years to maximize returns, and if it has a rupee component, “investors should hedge their currency exposure.”

“In general, investors are advised to go for 70 per cent to 30 per cent allocation in favour of bonds of high quality sovereigns, as they have lower volatility and will be more secure since we are near the end of the global business cycle,” said Mamtani.