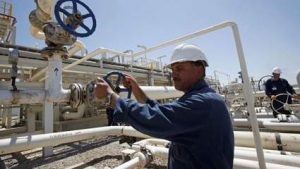 UAE is ready to help alleviate any supply shortage in crude.

The UAE on Tuesday said it will increase production by 0.2 million barrels per day to 3.5mbpd by the end of 2018 to help meet any oil shortage and will also adhere to the conformity level.

“Opec will, from July 1, strive to adhere to the overall conformity levels for the remaining duration of the Declaration of Cooperation,” said Suhail bin Mohammed Faraj Faris Al Mazrouei, Minister of Energy and Industry, on Tuesday.

Abu Dhabi National Oil Company (Adnoc) on Tuesday said it has the capacity to increase production by several hundred thousand barrels per day, if required to meet any potential supply shortage. The company said it can pump as much as 3.3 million barrels per day and will boost output to 3.5 million barrels a day by the end of 2018. The joint Opec and non-Opec producers’ committees will monitor overall compliance, Mazrouei said.

“Opec and non-Opec countries participating in the Declaration of Cooperation remain unwavering in their commitment to contribute to market stability, in the interests of producers, consumers and the global economy,” Mazrouei said in a statement.

“It is a positive move for the local economy. The UAE wants to have stability in the oil market and like other Opec countries doesn’t want to have a shortage of global supply due to some countries seeing lower production in H2 2018, such as Iran,” Malik said.

Earlier, she said in a note that the UAE and other Gulf states will benefit from the one million barrel hike announcement by Opec as they have the capacity to hike the output.

Malik noted that the UAE has started increasing investments in hydrocarbon sector to meet future demands.

“We have already seen a move towards UAE increasing investment in hydrocarbon sector. The UAE can increase production at a point when oil price remaining high so they will increase their market share and it is positive for economic outlook and also the fiscal positon will see a surplus this year due to higher oil revenues,” she said.

Earlier, Saudi Arabia had also pledged to add barrels amid calls by US President Donald Trump for more oil from the Opec members.

Oil prices have gained over three per cent since Opec and allies announced on June 22 to raise output to meet production caps set in 2016. Brent crude was trading at 78.05 a barrel at 4pm UAE time on Tuesday.

Michael Armstrong, regional director for the Middle East, Africa and south Asia (Measa), FCA and Institute of Chartered Accountants in England and Wales (ICAEW), said due to surge in oil price, the UAE economy will bounce back in 2018 with growth accelerate from 1.5 per cent last year to 2.6 per cent this year.

“Given the extension of the Opec agreement to end of 2018, we expect oil sector growth to be limited this year, especially given the UAE’s increasing compliance with the production cuts, which averaged 124 per cent in the first three months of 2018,” ICAEW said.

Vijay Valecha, chief market analyst at Century Financial Brokers, said the UAE’s crude oil production peaked in October 2016 at 3.13 million bpd and has declined since then in line with the Opec production cuts.

“With Trump not backing off on Iran sanctions, lot of geopolitical risk is there on crude oil and 1mpbd of Iranian crude oil production could be lost to the market. This is on the top of 1.5 mbpd of Venezuelan production lost during the last two years and another disruption expected from Libya due to rising conflicts. About 450,000bpd of exports has been lost due to Libyan conflict.

“At the same time, demand has risen sharply in China and India with their import rising by a combined 962,000 bpd. If supply doesn’t rise, we expect Brent prices to touch $85 by year end as markets will be in a deficit,” Valecha said.