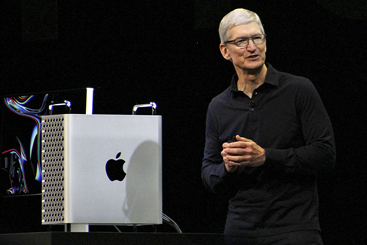 Bitcoin climbed to a week high of $40,782.08 midweek, but has since slipped again and by Sunday evening (BST) was trading at $35,915.24 according to Coindesk, up 3.50% over the week. Looking at the wider sector on our performance scanner, the Blockchain theme made a small 0.66% gain last week, towards the bottom of the weekly table but ahead of the S&P 500’s slender 0.08% rise.

However, the council’s founding members only represent around 10% of bitcoin’s global computing power (or hashrate); in contrast, China accounts for more than 75%, as of April 2020, according to research from a group of universities, reports bbc.co.uk. And an estimated 40% of China's bitcoin mines are powered by coal.

Data scientist and founder of the Digiconomist website, Alex de Vries, said: "Even if we had disclosure, that doesn't change the natural incentive of these miners to search out the cheapest and most constant sources of power – which typically comes down to fossil fuels." He added: "Kentucky even came up with a tax break for bitcoin miners to come and use their obsolete coalfields. So, I'm not seeing this trend towards more renewables."

Argo CEO, Peter Wall, paints a more optimistic outlook, saying US bitcoin miners are increasingly opting to use renewable power: "It's early days, it's embryonic. There will be lots of discussions moving forward about the best way to promote sustainable bitcoin mining and to do it not just in North America."

Is Apple moving into alternative payments?

Apple posted a job listing last week revealing that it’s looking to hire an experienced professional in the crypto industry to lead its “alternative payments” partnership programme. The tech giant said the successful applicant would be Apple’s chief negotiator for the Apple Wallets, Payments and Commerce team, reports Coindesk.

Apple has never accepted crypto payments, which means app developers are unable to accept bitcoin, ethereum or any other cryptos. However, Epic Games, developer of the popular game Fortnite, has an ongoing lawsuit alleging that Apple’s rules violate antitrust laws and stifle payments innovation, reports Coindesk. Epic argues the App Store is a monopoly and charges exorbitant fees on games, including Fortnite. The trial is due to finish this week. Apple is yet to issue any public statements about its plans in the crypto space.

GameStop’s share price gained 26.24% to $222.00 last week, after the video game retailer revealed it’s turning to non-fungible tokens (NFTs), after launching an ‘nft.gamestop.com’ website last week, which shows the words: “Power to the players. Power to the creators. Power to the collectors.” GameStop says it’s seeking to recruit engineers, designers and gamers for a new division called NFTeam, according to Coindesk.

NFTs have been soaring in popularity this year, with auction house Christie’s selling an NFT artwork by artist Mike Winkelmann, known as Beeple, for a record-breaking $69m, and billionaires either creating or selling these unique digital collectibles. Last week, the viral YouTube video clip, Charlie Bit My Finger – watched over 880m times – sold as an NFT for $760,999.

Launched back in 1984, GameStop is probably now best known for being the subject of a “short squeeze” trading frenzy instigated by social trading sites like Reddit forum WallStreetBets in January, which saw the Gamestop share price skyrocket 2,463% in less than four weeks, peaking at $483 on 27 January. Ryan Cohen, who takes over as chairman on 9 June, will aim to rejuvenate the retailer for the modern era, on the back of its new tech-focused following – and it seems the launch of NFTs is one area of particular focus.