What does the flourishing cannabis sector mean for the Amplify Seymour Cannabis ETF? 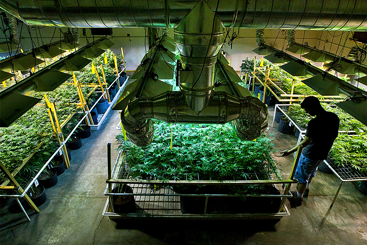 The big prize for legalisation could be in the US however, after the election of US president Joe Biden raised hopes of an end to federal cannabis prohibition. At present, the drug is legal in some form in 47 US states and fully legal in 17.

However, the Amplify Seymour Cannabis ETF’s price fell to $22.81 on 13 May. This could have been down to investors coming that the realisation that legislation may be more of a drawn-out affair than first anticipated back in January, when Biden was inaugurated.

A recent recovery in the Amplify Seymour Cannabis ETF’s share price to $26.04 at the close on 28 May has been driven by US Senate majority leader Chuck Schumer’s promise of upcoming legislation and the House of Representatives passing the SAFE Banking Act providing safe harbour for banks that service the cannabis industry.

The actively managed Amplify Seymour Cannabis ETF [CNBS] invests in what it describes as the “fast-developing global cannabis industry”.

It covers sectors including medical cannabis use, agricultural technology and cannabis-infused products, such as chocolate.

This compares with the 11.02% year-to-date return of the AdvisorShares Pure Cannabis ETF [YOLO]. The Amplify Seymour Cannabis ETF has 33 holdings with asset manager Silver Spike [SSPK] having the biggest weighting of 7.32%, Tilray [TLRY] with 7% and Canopy Growth [CGC] at 6.16%. Other holdings include Green Thumb Industries with 5.18%.

Shares in Tilray have increased from $9 on 4 January to $16.67 at the close on 28 May boosted by its merger with cannabis group Aphria in early May. It has also gained following a 27% climb in 2020 annual revenues to $210.5m driven by international medical and Canadian recreational sales.

Furthermore, Amplify is also bullish. “Amid the evolving public perception of cannabis — from largely recreational to medicinal, to both — is the creation of new markets spurred by increased demand globally. Political momentum and public pressure to legalise cannabis for medical and recreational purposes have also gained traction,” it said noted in a statement.

The Amplify Seymour Cannabis ETF was also bolstered in April when it announced that it had the ability to access cannabis Multi-State Operators via total return swaps.

“We are excited to now have access to the full plant-touching US cannabis investable universe in the CNBS portfolio at a time when we believe the US market is poised for significant growth,” says Tim Seymour, portfolio manager for the fund.

Despite the bullishness, Jacob Kilby has a neutral rating on the sector. Aside from legislation hopes he believes cannabis ETFs have been lifted by the COVID-19 economy of “monetary and fiscal tailwinds”. The prospect of rising inflation could reverse that, he warns.

“Most [cannabis] firms are over leveraged fledgling ventures with big promises and negligible earnings,” he wrote in Seeking Alpha. “[They] make for a risky future bet, particularly if macro-economic headwinds start becoming present.”

Green Thumb, however, believes there is only one way the smoke is blowing. “Cannabis is the next great American growth story. There is a tidal wave of demand coming,” Kovler told Forbes.