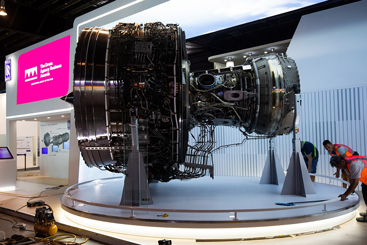 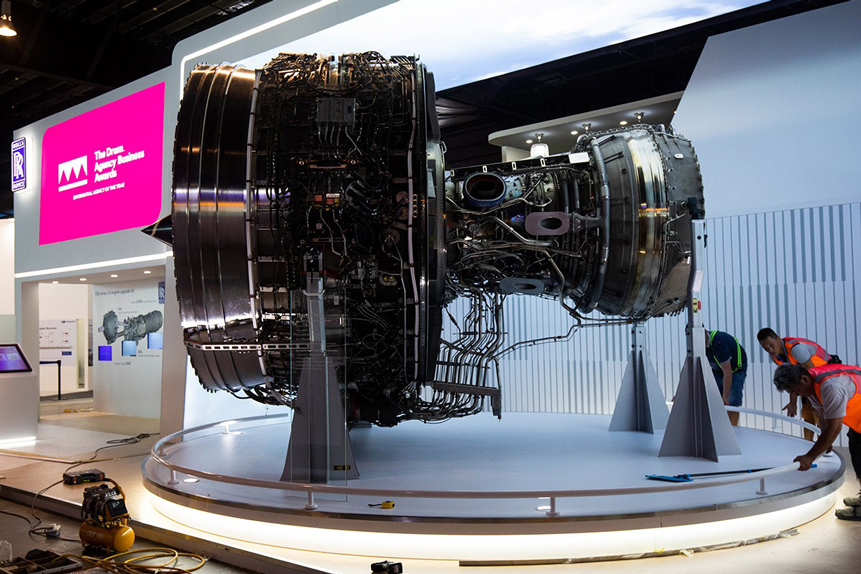 Rolls-Royce Holdings’ [RR] share price has lost all power this year, plummeting 78.09% for the year-to-date (through 28 September’s close).

After reaching a high of 711p in early February, Rolls-Royce’s share price fell to a low of 245p at the start of April as global COVID-19 pandemic-induced lockdowns grounded planes and passengers.

Rolls-Royce’s share price did eventually recover, climbing to 398p on 8 June amid the easing of lockdowns. The initial boost from airlines returning to the skies faltered, however, as carriers began to scale back flight capacity again.

The company has indicated plans to raise capital, but are they enough to see Rolls-Royce’s share price take to the skies again? 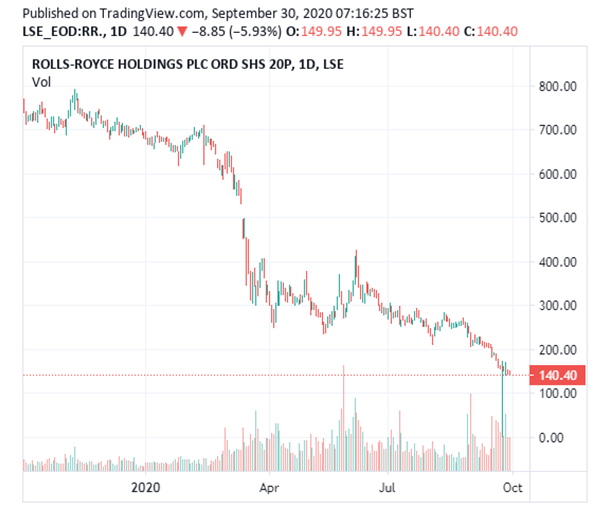 On 9 July, the company’s first half trading report revealed that it had suffered a £1.1bn cash inflow hit. The news sent Rolls-Royce’s share price down 4.5% to 353p on 10 July.

Rolls-Royce’s share price slumped even lower to 250p after its first half results showed a £5.4bn loss and a revenue slide to £5.8bn on 27 August. It has fallen further since as fears of another lockdown soar and investors fret over recovery options.

Rolls-Royce is cutting 9,000 jobs, mainly from its civil aerospace arm, to save £1.3bn by 2022, but the firm is also looking at options to strengthen its balance sheet. This could mean selling its ITP Aero division in an effort to bring in proceeds of over £2bn in 18 months.

On 16 September, Rolls-Royce announced that it was continuing to review a range of funding options, which could include debt and equity, but that no final decisions have been taken.

In response to media speculation the company released another statement a few days later that said it was in talks with sovereign wealth funds to raise £2.5bn. The group said it was evaluating the merits of raising equity of up to that amount through a variety of structures including a rights issue. It is also considering new debt issuance.

Rolls-Royce then repeated that no final decisions had been reached, despite reports speculating it could raise capital as early as October.

According to Sophie Lund-Yates, equity analyst at Hargreaves Lansdown, despite Rolls-Royce’s “substantial liquidity” the sheer scale of its cash flow exodus, coupled with the forecast of lower revenue for seven years, means that the company must act.

Although the prospect of an equity raise has unsurprisingly irked shareholders worried about diluting Rolls-Royce’s share price value, “we believe it's the right thing to do for the long-term health of the business”.

Russ Mould, AJ Bell’s investment director, suggested that Rolls-Royce is playing an “odd game” of keeping the market guessing. “It would be better off making some hard decisions now with regards to issuing new shares, particularly while investors still seem happy to back companies needing more cash during the pandemic,” he said.

According to MarketScreener, the consensus among analysts is to Hold with an average target price of 280.83p.

Helal Miah, investment research analyst at The Share Centre, is one of those favouring Hold. Miah told clients that the risk of holding Rolls-Royce shares is “higher than it’s ever been,” adding that Rolls-Royce’s share price could drop to “a financial-crisis era low” of 200p, according to Barron’s.

Berenberg recently slashed its price target from 890p to 270p but moved its rating from Hold to Buy. It said that a turnaround had not been priced into the shares. “This is unjustified and fails to reflect any improvement potential in a business that is at rock-bottom,” analysts at the firm said according to ShareCast. It predicts materially higher cash flows from 2022.

Rolls-Royce’s share price will continue to suffer in the short-term — particularly if there is a second lockdown. Over the long-term, however, Lund-Yates believes that its “scale and very high barriers to entry should hold it in good stead”, adding that Hargreaves Lansdown expects the company can make it through the disruption.