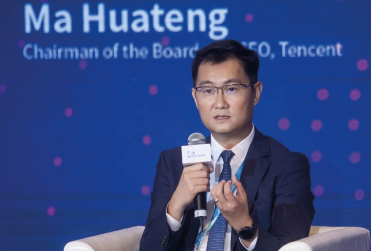 Tencent’s [0700.HK] share price has powered back to life recently, up 4.9% over the past five days (as of 18 May’s close). Shareholders will be hoping upcoming Q1 earnings can help sustain this upward trend.

There’s much to like about Tencent. The pandemic saw a surge in demand for its online games and digital content services, while it has consistently posted strong earnings results.

However, Beijing’s increased scrutiny on China’s tech companies has weighed on Tencent’s share price this year, with the company particularly vulnerable due to its dominance in the country’s online payment space. Tencent operates an effective duopoly with rival Jack Ma’s Ant Group and the Chinese authorities are keen to gain oversight of the sector as they look to rein in non-bank financial service providers.

For investors, the question is whether these concerns are now priced into the stock, and whether Tencent’s share price can continue its upward trend. How the stock performs following first-quarter earnings should provide some clues.

When is Tencent reporting?

What to watch out for in Tencent’s Q1 results?

A good indication of what to expect in Q1 can be found in Tencent’s previous earning results.

One area to watch in Q1 will be online advertising. At the height of the pandemic, marketers cut ad spend but, as the global economic recovery continues, spending in this area is increasing. In the fourth quarter, Tencent reported a 22% increase in revenue from online advertising, coming in at RMB24.7bn.

Smartphone gaming surged during the pandemic as people stuck at home looked for something to do. Tencent was a major beneficiary of this, with smartphone gaming revenue coming in at RMB36.7bn for the fourth quarter. Top titles included Peacekeeper Elite, Honour of Kings and PUBG Mobile. Social network revenue similarly benefitted, surging 27% to RMB27.9bn.

Tencent is looking at posting earnings of HK$0.54 a share, up from HK$0.42 a share seen in the same period last year, according to data from Factset. It’s worth noting that, in the third quarter, Tencent smashed forecasts, delivering earnings of HK$0.92 and significantly beating the expected HK$0.52.

Will China tech leaders keep their heads down?

When it comes to China tech, increased scrutiny from Beijing is the big thing on investors’ minds. Alibaba [BABA] posted its first loss since 2012 this earnings season, as it swallowed a $2.8bn fine from regulators over antitrust issues. Following the earnings announcement, CitiGroup and CICC slashed their respective targets on Alibaba’s share price, while the stock fell 6% in Hong Kong. That comes despite Alibaba saying revenue is likely to rise 30% for the 12 months to March 2022.

Tencent could be facing a similar fate, with Reuters reporting that the company faces a $1.5bn fine from China’s State Administration of Market Regulation (SAMR). The watchdog is investigating anti-competitive practices in Tencent’s music-streaming business. Should that fine hit, it wouldn’t be the end of the world commercially, but it could put a dampener on Tencent’s share price.

“The attitude from the regulator is that, unlike Alibaba, you are not the biggest target here, but it would be impossible not to penalize Tencent now that the campaign is in action,” Reuters cited a source as saying.

Search giant Baidu [BIDU] and Tencent were also fined $77,000 each after failing to get state approval for acquisitions. While that’s relatively insignificant compared to billion-dollar fines, it is a signal that Beijing is looking to bring its tech companies into line.

For now, executives at Alibaba, Tencent and Baidu may be looking to keep their heads down.

“During the past fiscal year, we have gone through all kinds of challenges, including the Covid-19 pandemic, fierce competition as well as an anti-monopoly investigation and penalty decision by Chinese regulators. We believe the best way to overcome these challenges is to look forward and invest for the long term,” said CEO Daniel Zhang on an investor call.