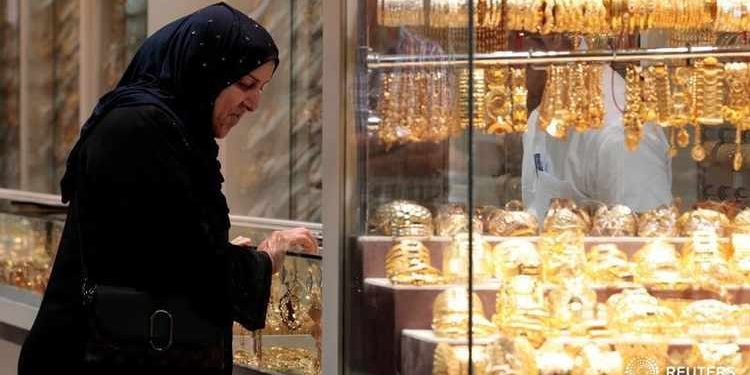 High gold prices have prompted budget-conscious consumers in the UAE to hold back jewellery purchases, but retailers are confident that sales will pick up in the next few weeks once the Indian wedding and festival season gets into full swing.

Over-the-counter transactions at Dubai’s gold souk have been quite slow in the past few months, compared to the same period last year, with sales dipping by 10 percent, traders told Zawya.

The decline in sales was prominent in late June or July when the precious metal rallied strongly. Gold prices have risen exponentially in a short period, jumping from under $1,300 an ounce early this year to $1,500 an ounce in August.

“Gold price has seen an exponential increase in the last two-three months due to the overall political uncertainties, trade wars and other factors across the world. Increased central bank buying of ETFs (exchange-traded funds) has pushed up the demand for gold. Retail has seen a dip as consumers usually wait to understand the scenario or for a price correction,” a spokesperson for Dubai Gold and Jewellery Group (DGJG) told Zawya.

Karim Merchant, the group CEO and managing director of Pure Gold Jewellers, said it is normal for buyers to hold the purse strings whenever prices go up.

He said sales this month are also understandably subdued because most consumers are currently more focused on “back-to-school” expenses.

There are still persistent buyers out there, particularly those who are making early plans for Diwali and Dhanteras and taking advantage of pre-festival discounts, Merchant said.

“When gold prices fluctuate, consumers tend to postpone their purchases hoping for the prices to stabilize. As prices become stable, they will resume purchasing as gold has traditional and sentimental value,” he added.

September might have also been a slow month for jewellery sales because some consumers, particularly those from India observe Shradh, which is considered an inauspicious time for buying jewellery, according to Vijay Valecha, chief investment officer of Century Financial.

“During Shradh, Hindus pay homage to their ancestors and generally refrain from buying precious metals. The season is expected to end by last week of September,” he explained.

A jewellery sales executive in Gold Souk Deira said that around the same time last year 15 customers used to visit his shop and these days he would consider himself lucky if he gets eight or nine people walking in.

“Out of that number, only about four will end up buying. The sales are a little down compared to a year ago and I would say the decline is around 10 percent,” he added.

Punit Pandit, a sales executive at Al Kananah Jewellery in Gold Souk, said there was less customer traffic in July when the precious metal rallied strongly. “For 15 days, we saw a little less customer flow that month,” he said.

But he pointed out that business is still good and consumer spending is picking up slowly.

Besides, the shop enjoys high foot traffic from tourists who are not so keen on price fluctuations, and consumers would normally return to the shop every time there is a brief decline.

“We have some customers who come to check out our jewellery and they are not thinking about the price, but how much discount they can get from us,” he said.

“Next month the sales will go up, as Indians celebrate Diwali and Dhanteras,” he added. The festivals are celebrated every year and are considered an auspicious time to buy gold.

Today’s gold price may still be higher compared to the previous months, but a spokesperson for DGJG pointed out that the bullion is now on a declining trend and this has encouraged consumers to return to the shops.

“Retail jewellery buying does happen every during high price as gold is still considered to be a safe haven for investors. In the last couple of weeks, the gold price is on a steady decline trend. It has boosted the retail markets,” the spokesperson said.

“We do hope to have an impressive sale season for Diwali and Dhanteras if the gold price continues to decline or remains stable.”

“We could see gold demand picking up by October. Current trends don’t suggest that higher gold prices have impacted purchases. In the coming months, it will be driven by the Indian wedding season, Diwali and the Chinese New Year,” Valecha said.