AMD’s share price: What to expect in Q3 earnings 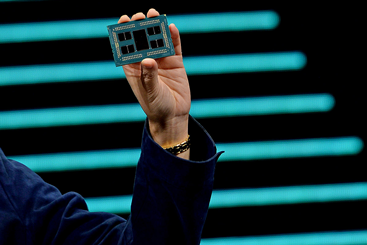 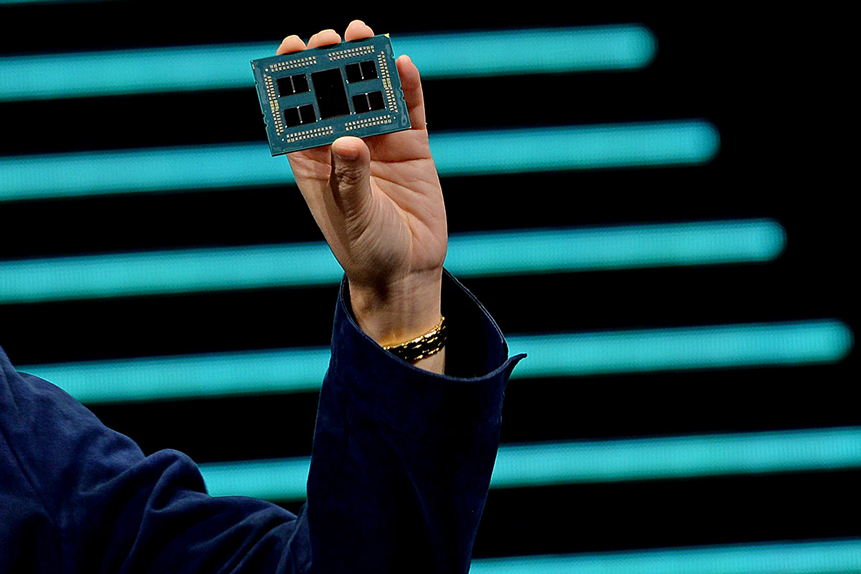 AMD’s [AMD] share price got a turbo charge when it last announced earnings in July. The stock had been trading relatively flat for the first half of the year, but the chipmaker’s decision to raise full year guidance saw a break out in AMD’s share price. AMD has good reason to be bullish thanks to increased demand and the upper hand on rival Intel.

This ferocious pace is expected to continue in Q3, but have investors missed most of AMD’s share price gains, or is there still profit to be had? 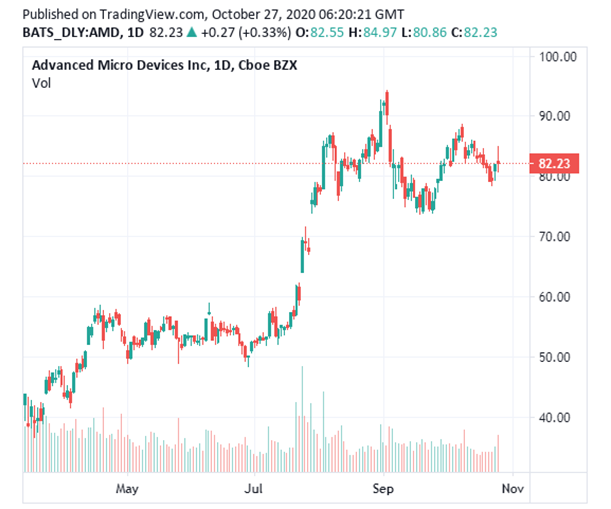 While earnings may have missed Wall Street expectations, AMD's decision to increase full year guidance caught investor attention, with the chipmaker saying it expects 32% revenue growth in 2020, up from the 25% it forecast in April.

AMD’s share price had a bruising September, falling over 10%, but for Todd Gordon, founder of TradingAnalysis.com, this represents a buying opportunity. Gordon is bullish on AMD, citing increased demand for AMD’s chips and its upper hand on rival Intel. Back in July, AMD’s share price gained 17% when Intel announced it was delaying its 7-nanometer transistors until at least 2022. Luckily for AMD’s share price, it already manufacturers these transistors.

“AMD is expected to report earnings on Oct 27. Right now they have a trailing [price-earnings ratio] of about 160 which is quite expensive. But, keep this in mind, they’re expected to increase their earnings per share by about 72% from last year to this year, and they’re still expected to grow another 51% next year. The company is only trading 45 times forward earnings with a 50% increase in earnings per share so I continue to be bullish here,” said Gordon.

Deal for Xilinx on the cards?

Speculation has been rife that AMD is poised to buy Xilinx for over $30bn. However, not everyone is convinced a deal is going to happen.

“We do not believe the deal will happen, as Xilinx management is against getting taken out, given its dominant and improving position in the high-margin PLD [programmable logic device] market,” Citigroup analyst Christopher Danely wrote.

The only way that Danely could see a deal happening is if AMD made an offer that was impossible to ignore. Danely puts this offer 45% higher than Xilinx’s share price before talks surfaced, representing an offer of $154 a share. Any update on AMD’s acquisition strategy will be worth paying attention to in upcoming earnings, but investors shouldn’t hold their breath on the Xilinx deal.

Investment website Zacks recently upgraded AMD to a Buy, in a ratings change that reflects improved earnings expectations on the stock. According to Zacks, the consensus estimate on AMD’s share price has increased 9.9% in the past 3 months.

Among the analysts tracking the stock on Yahoo Finance, AMD’s share price has an average $80.79 target. Hitting this would represent a 1.43% upside on the current share price (as of 23 October’s close).