Are sparks flying, or engines stalling for Rivian stock? 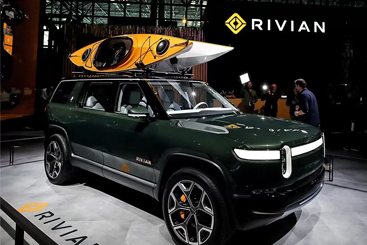 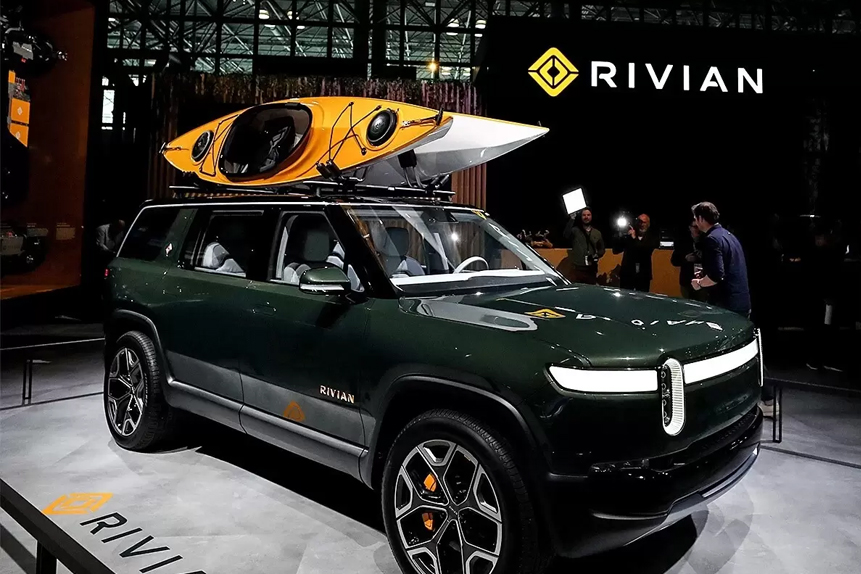 Last Friday, car manufacturing giant Ford [F], which has a 12% stake in Rivian [RIVN], said that the two companies had decided to pull the plug on plans to co-develop an electric vehicle. The freshly listed electric vehicle maker Rivian’s share price has been slammed into reverse as a result of the actions of another blue-chip investor.

Following the news, Rivian’s stock plunged 7% between the market close on 19 November and that on 23 November.

Ford boss Jim Farley told Automotive News that the complexity of combining the two group’s "electric architecture" had hindered the project. However, he added that Ford wanted to continue investing in Rivian, following a $500m funding injection in 2019, because he “loves their future as a company”.

Rivian said the decision was mutual, stressing that “Ford remains an investor and ally”.

Yet more share busting news came from Amazon [AMZN], which has around a 20% stake in Rivian, and an order for 100,000 of its electric vans. It was reported that a recent Amazon test on one of those vans showed that the electric battery drained 40% faster than usual if the vehicle’s heating or cooling system was in use.

The share price was initially driven higher by investors excited for a potential domestic challenger to Elon Musk’s Tesla [TSLA], with backing from giants like Amazon and Ford.

Its market value has risen above that of established car manufacturers such as General Motors [GM] and Ford, which have market caps of $93bn and $81.8bn, respectively.

Even with its share price dropping Rivian still has a superior market value of around $106bn. The company expects to post revenues ranging from zero to $1m and a loss of $1.28bn when it announces third quarter results.

In its IPO prospectus, it said that as of October 31, 2021, it had produced 180 R1Ts — its electric pick-up truck — and delivered 156. “Nearly all of these vehicles were delivered to Rivian employees,” it added.

However, it added that it has a backlog of 55,400 pre-orders for its R1T and R1S -SUV- electric vehicles. Its Illinois factory has the capacity to produce up to 150,000 vehicles per year.

How are investors betting on Rivian?

Concerns over whether Rivian is a stock with real potential to take on Tesla – whose share price surged on 22 November to $1,156.87 after it said its Model S Plaid could be launched in the crucial Chinese market as early as March next year – or conk out in the challenge has been discussed on the r/WallStreetBets subreddit.

“Crazy valuations but great backings too for these companies now its matter of execution and ramp up productions. For Rivian, Arrival [ARVL], Lucid [LCID], all of them,” said one user, under the name Horseless Horseman.

Others are less sure. “Maybe produce a product? No ones seen them and they're the 2nd most valuable maker? Where's the justification in the value?” asked one person.

The professionals are equally as split with Duncan Davidson, general partner with venture capital firm Bullpen Capital, telling CNBC that “Rivian is the Mini-Me of Tesla”.

“They follow the same playbook. They are going to do as well as Tesla in their segment,” he said.

Investment research firm New Constructs, however, believes that Rivian is overvalued. A valuation of $52bn, as initially expected, would imply Rivian’s production to be 2.5 times Tesla’s current size by 2030, said a New Constructs note reported by Fortune. “These manufacturing milestones are highly improbable given Rivian’s lack of manufacturing infrastructure and experience, as well as the intense competition it faces in the EV market.”

It is true there is intense competition from Tesla to Lucid and Nio [NIO], but the environment following President Biden’s new infrastructure bill and commitment to EV charging spending is perhaps leaves enough room for all. Rivian is small, but so was Tesla once upon a time.