ARK fund watch: Is EV at the forefront of disruptive innovation? 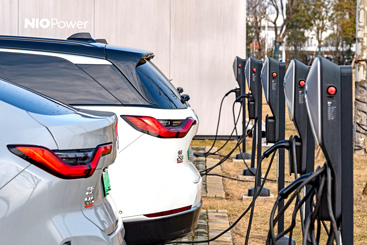 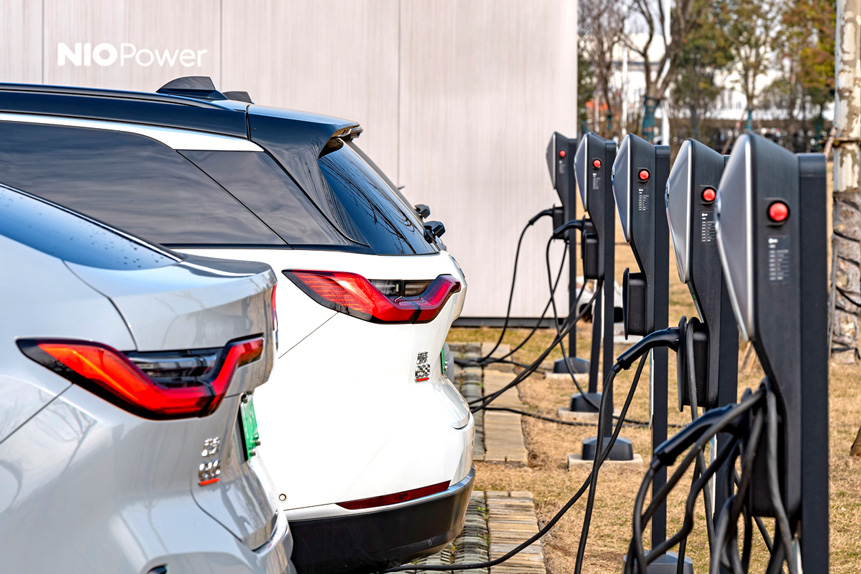 ARK defines disruptive innovation as “the introduction of a technologically enabled new product or service that has the potential to change an industry landscape by creating simplicity and accessibility, while driving down costs”, and the report focuses on areas such as automation, orbital aerospace and electric vehicles (EVs).

Looking at the EV space, Opto’s global thematic ETF screener shows that the Electric & Autonomous Vehicles theme has stayed fairly flat over the last month, gaining just 2.80% (as of 5 February’s close). The EV-focused theme has gained 4.61% in the last week to 5 February, which again puts its performance around the middle of the table across the 29 themes tracked by the screener. 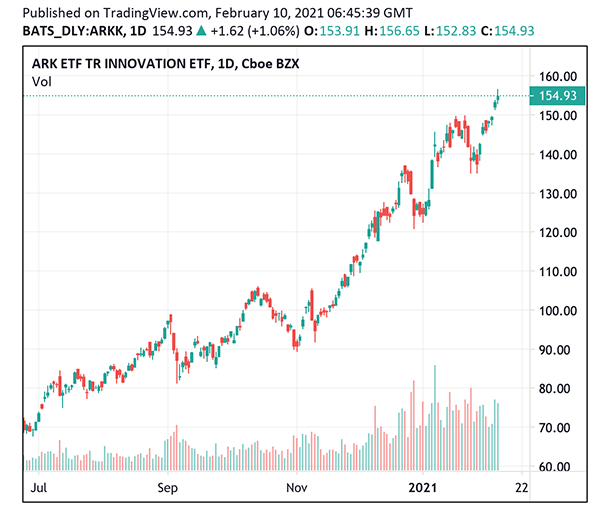 Underpinning that faith is a belief that EV sales “should increase roughly 20-fold – from 2.2m in 2020 to 40m units in 2025”. Reinforcing ARK’s positive forecast for a rapid increase in EV sales is the fast-improving cost base in the sector, and ARK’s Big Ideas 2021 report highlights this as a key factor: “[E]lectric vehicles are approaching sticker price parity with gas-powered cars. Leaders in the EV market are developing innovative battery designs to enable longer range vehicles at lower costs.”

Tesla [TSLA] has comfortably the largest weighting in the three of ARK’s five ETFs that cover the EV industry, as of 5 February’s close. Tesla has a 10.45% weighting in the ARK Autonomous Technology & Robotics ETF [ARKQ], 9.45% in the ARK Innovation ETF [ARKK], and 9.23% in the ARK Next Generation Internet ETF [ARKW].

ARK’s investment in Elon Musk’s EV firm has certainly paid off, with Tesla’s share price accelerating by 452.26% over the last 12 months (to 5 February’s close).

Can traditional carmakers make the transition to EVs?

ARK’s report identifies the biggest risk to the growth of the EV sector as “whether traditional automakers can transition successfully to electric autonomous vehicles.”

So, how are the traditional carmakers responding to the EV drive? Recent signals certainly offer encouragement.

One route the traditional manufacturers can take is to join forces with a technology-focused partner, which should ultimately speed up the path to market. Just last Friday, CMC Markets’ chief market analyst, Michael Hewson, reported that Japanese and South Korean automakers’ share prices surged higher on reports that Apple is seeking a partner to develop an electric car. Mazda [MAZDA], Nissan [7201.T], Mitsubishi [8058.T] and Kia [000270.KS] all made strong gains on the news.

Kia “has approached potential partners about a plan to assemble Apple’s long-awaited electric car in Georgia”, according to The Wall Street Journal. The report added that Kia’s parent company, Hyundai [005380.KS], has talked to Apple about investing more than $3bn and would see Kia begin building cars under the tech company’s brand as soon as 2024.

Further underlining the move to clean energy, US carmaker Ford [F] also announced on Friday that it would be ramping up its electric vehicle investment, as it looks to respond to General Motors’ [GM] announcement last week that it would sell only zero-emission vehicles by 2035, suggested Hewson. Ford said it would boost its EV investment to $22bn through to 2025.

With traditional auto manufacturers increasingly focused on the move to electric vehicles, ARK’s biggest downside fear for the sector ought to be overcome, in what looks like an industry with plenty of growth potential to realise over the coming years.