Asos share price tanks close to 80% YTD ahead of earnings 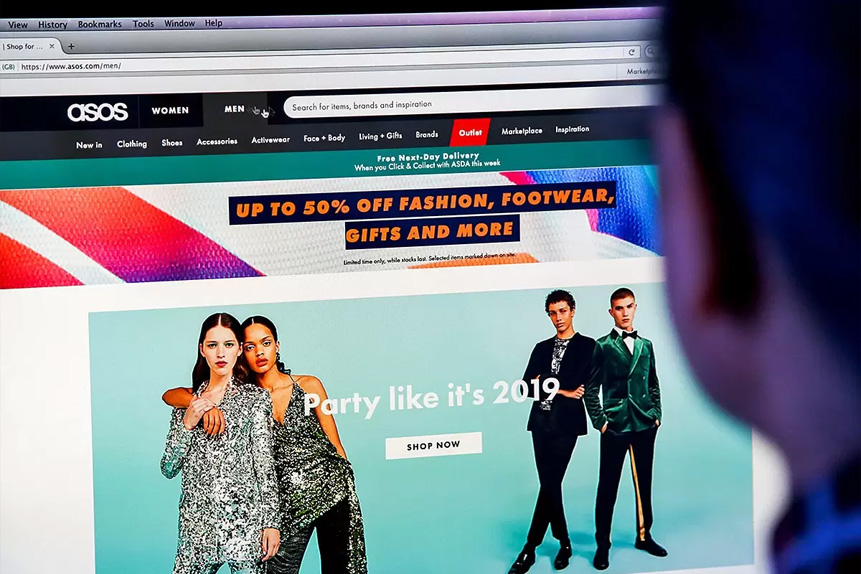 Fashion has been hit hard by the cost of living crisis as shoppers scale back spending. As a result, the Asos share price has plummeted in 2022, with its full-year results forecast to scrape the bottom of its last earnings guidance. Can its new CEO help the stock pick up again?

Higher rates of returned clothing have hammered Asos’s net profits this year, as the cost of living crisis chews its way through the pocket money of would-be customers. In the summer, the company adjusted its guidance for the year “to reflect uncertain consumer purchasing behaviour”.

In that statement on 16 June, it anticipated revenue growth of 4% to 7%, with profits before tax of £20m to £60m. But in September the company reassessed. It now expects revenue to sit at the lower end of this range, with yearly growth forecast at just 2%.

Through to mid-August, Asos was one of the most shorted stocks around. With results landing for the year ended August 2022 on 19 October, investors are likely to wonder what is in store for the UK online fashion retailer and its battered share price.

On 16 June, Asos delivered a trading update for the quarter ended 31 May, in which it reported delivering accelerated gross sales, which had been dented by the high rate of retail returns, and tied that to inflationary pressure. Total group revenue was £983.4m, with over 40% of this down to UK sales, which were up 4% to £431.8m, while US sales accounted for roughly 15% of total revenue and were up by the same percentage year-on-year. Meanwhile, EU sales fell 2% to reach £294m, though they constituted almost 30% of total sales.

COO Mat Dunn said the company had worked to face a “challenging” sales environment in the face of global supply chain disruption, with “an improved stock profile and increased newness and availability”.

But its most recent full-year forecast of £20m to £60m profits represent a mighty fall from last year’s £190m.

Adding to the company’s woes, it has also been accused of ‘greenwashing’. In July, the UK’s Competition and Markets Authority (CMA) said it would be investigating whether or not Asos has been misleading its customers with untenable claims regarding its sustainability efforts.

Recently appointed Asos CEO, José Antonio Ramos Calamonte, may wish to try new survival strategies. The question is what measures – if any – will offer respite from its currently bleak economic tidings.

The retail sector has been struck by a chill wind as shoppers tighten their belts and scale back to bare essentials. With rival fashion retailers Boohoo [BOO.L] and Next [NXT.L] also issuing gloomy outlooks for profits in September, investors in Asos have reason for doubt.

While June and July were positive, the fashion company reported a sales pulled back in August, suggesting customers are nervous about spending as times get more uncertain for the economy. In news likely to surprise no-one, the British Retail Consortium has also reported a slowdown in clothing demand from UK shoppers. Primark [ABF.L], another major UK fashion retailer, also recently warned that customers’ lower disposable income would hammer profits next year.

In a trading update on 9 September, Asos said it now expects to end the year with net debt of £150m, significantly more than the £75 to £125m originally forecast. If its trading update later this month fails to show signs that the company can close the gap, investors may have trouble keeping faith in the stock.

Paul Rossington, a retail analyst with HSBC, said in September he expected uncertainty over demand to continue to affect the Asos share price performance, saying the bank is “also concerned about the impact of increased competition in international markets, particularly in Europe”.

However, Matt Britzman, an analyst at Hargreaves Lansdown, implied that it wasn’t all bad news for Asos in a June note. “An area of future growth is the growing partnership fulfilment arm, where brands supply inventory and Asos collects a commission on sales,” he said, pointing out it wasn’t “on the hook for holding inventory”. This implies that it has less risk and potentially higher margins compared to other retailers.

Of 30 analysts providing ratings to the Financial Times as of 6 October, 16 held came to a consensus of ‘hold’ for the shares, while three called it a ‘buy’, five an ‘outperform’ and six an ‘underperform’. None have labelled the stock a 'sell'. Twenty-five analysts providing a 12-month price target arrived at a median target of 950p, representing a 75.6% upside on its most recent close of 541p.

Source: This content has been produced by Opto trading intelligence for Century Financial and was originally published on https://www.cmcmarkets.com/en-gb/opto/asos-share-price-tanks-close-to-80-ytd-ahead-of-earnings.