Baidu’s Share Price - What to Expect From Q1 Earnings 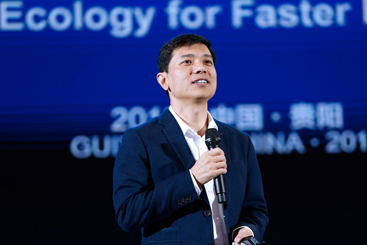 Since January, Baidu’s share price has fallen 13% (as of 14 May close), underperforming Alibaba's 9% drop in the same period and Tencent’s 1.83% year-to-date gain.

That’s a turnaround from earlier in the year, as Baidu’s share price had flown up 57% by 19 February. The now-familiar headwinds of US-China tensions, the wider tech selloff and Beijing’s increased scrutiny on China’s tech sector have since conspired against Baidu’s share price.

Not even analyst-topping Q4 results could help Baidu’s share price, as the stock entered a sustained downward trend.

Adding to the downward pressure was a stock offering on 23 March, which diluted Baidu’s shares. While the firm, which was already listed in the US, raised over $3bn in a secondary listing in Hong Kong, it also released a further 95,000 class A ordinary shares as it sought to raise funds to invest in its technology, AI, and developing its mobile app ecosystem. On one hand, it's good to raise capital but, on the other, Baidu’s share price dropped over 20% the same day it made its Hong Kong debut.

However, analysts have pinned some ambitious price targets on Baidu’s share price, which could lead to double-digit gains. With most of the current headwinds presumably priced into the stock, could upcoming Q1 earnings see Baidu’s share price bounce back?

When does Baidu announce Q1 earnings?

On the autonomous driving services side, look out for news on Apollo Go Robotaxi and Robus fleets, which serviced over 210,000 rides at the end of 2020. During its last earnings update, Baidu said its Apollo Self Driving (ASD) had signed up 10 automakers for the development of services such as automated valet parking and high definition maps.

China’s automobile manufacturers and tech companies are betting big on electric vehicles in the world’s second-biggest EV market. Through its Jidu Auto offshoot, Baidu is investing $7.7bn in smart cars over the next five years.

“I think EV is part of the story. At the same time, cloud computing, integrating AI, these are all the areas where Baidu has been investing in very heavily really since 2014 and we’re just starting to see the fruits of those labors,” Brendan Ahern, chief investment officer at KraneShares, told CNBC’s Squawk Box Asia in April.

Baidu’s AI business is also expected to figure in the results. The company holds the biggest portfolio of AI patents in China, and is ranked number one in China’s AI public cloud market, according to an IDC report for the first half of 2020. At last count, the developer community on Baidu Open AU Platform numbered 2.65 million — the largest among Chinese companies.

How many monthly active users Baidu has attracted to the Baidu App will also be closely watched. In the fourth quarter, this came in at 544 million, with daily logged in users coming in at 70%.

Any news of this - and how it is will help the bottom line - should give investors confidence regarding the future of Baidu’s share price.

Analysts are expecting Baidu to post earnings of $1.67 per share, up from the $1.26 seen in the same quarter last year. Revenue is pegged at $4.23bn, up a hefty 31.4% year-on-year. Baidu itself is guiding for between $4bn and $4.4bn in revenue for the first quarter, according to Zacks.

“We think China is positioned to lead in autonomous vehicle technology. We are bullish on Baidu’s Apollo business, leading the pace of [autonomous vehicle] commercialization in China by a wide margin across many metrics,” said Loop Capital analyst Rob Sanderson at the time of the upgrade.