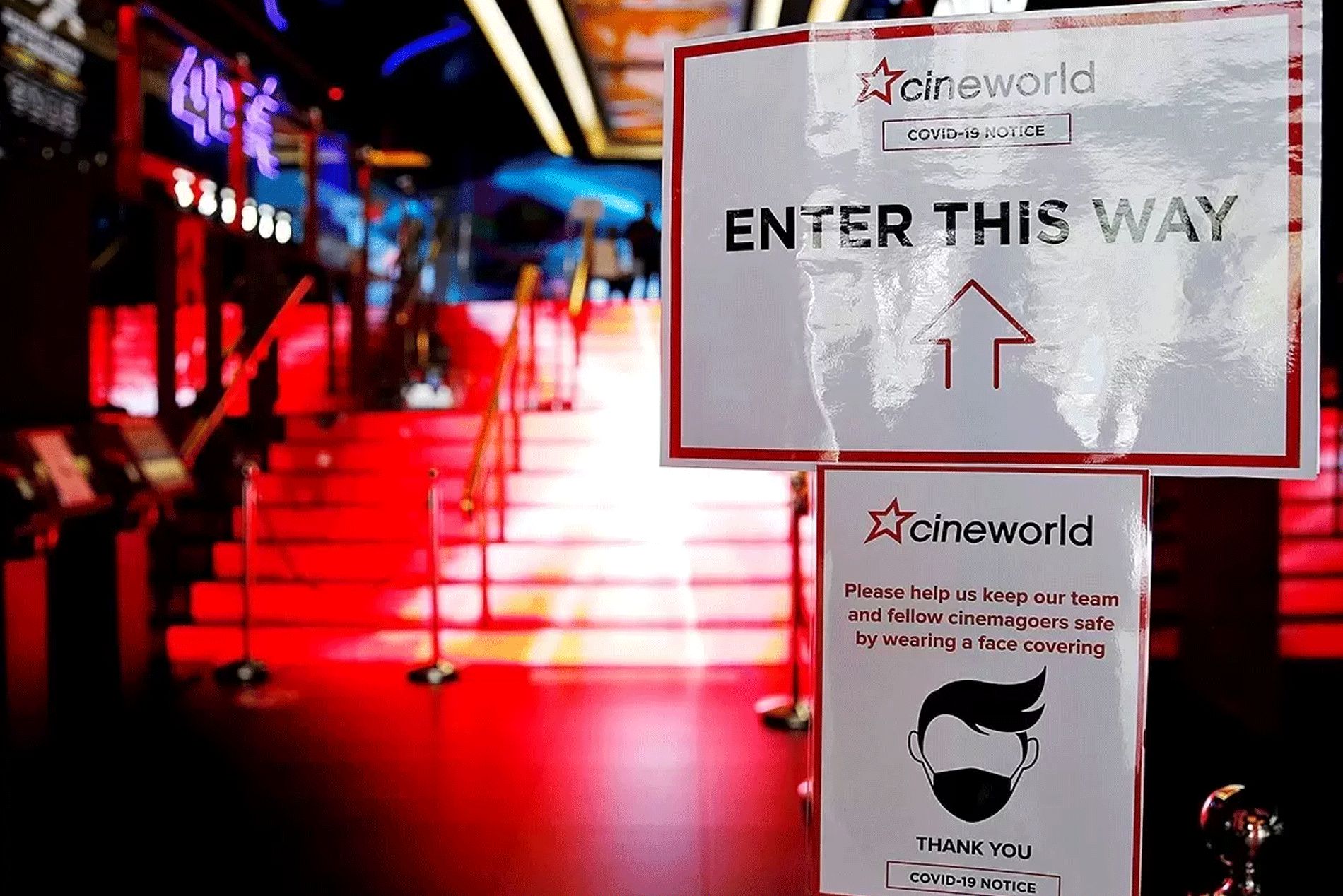 Can a string of new blockbuster releases boost the Cineworld share price? 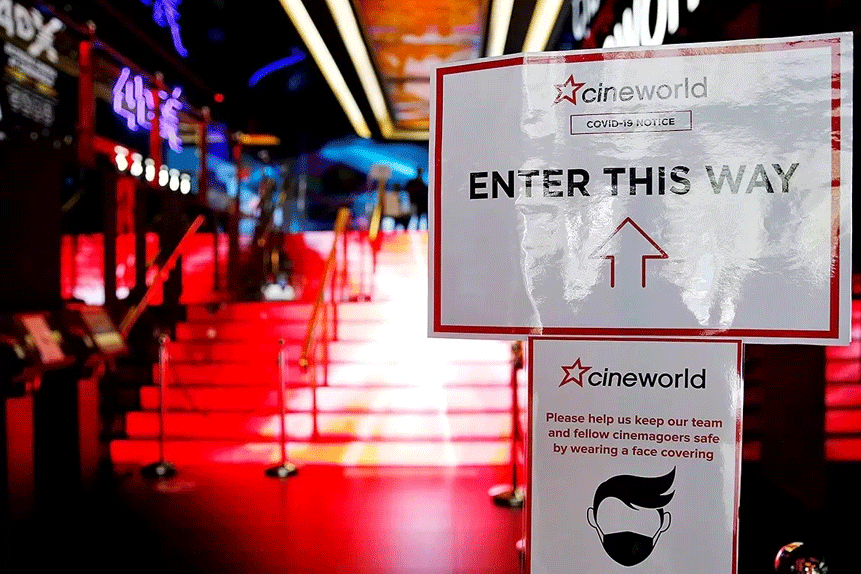 After being battered by the pandemic, Cineworld shares could be in for better times in 2022. A lifting of lockdown restrictions and blockbusters like Spider Man: No Way Home, Uncharted and The Batman could tempt audiences back to the cinema.

Cinema chain Cineworld [CINE.L] appears optimistic that 2022 will be better. It held its first ‘Cineworld Day’ on Saturday 26 February. All cinema tickets on the day cost just £3 for any format, including IMAX, 4DX, ScreenX and Superscreen, with some of 2021s biggest blockbusters re-released to mark the occasion.

The event signals that the industry is gearing up for better times as pandemic restrictions are lifted and more films are being released exclusively at cinemas. Cineworld is also offering a substantial discount on its unlimited service to entice audiences back.

“The last two years have been especially difficult for the cinema industry, but with the huge crowds returning through our doors for movies like Spider-Man: No Way Home and with so many exciting movies to look forward to in 2022 … we wanted to celebrate everything that people love about cinema” said Stuart Crane, vice president of film for Cineworld Group.

The Cineworld share price was battered by the pandemic. Over the past 12 months the stock has fallen 72.6%, closing Friday 4 March at 31.17p. Green shoots of customers returning for big titles like James Bond were stymied by the outbreak of the omicron variant of Covid.

In 2019, Cineworld pulled in $4.1bn in revenue, while in 2020 that figure had fallen to $852.3m. Though things have improved from this low point, the industry has a long way to go before it gets back to pre-pandemic levels, with the US box office lagging 60% behind 2019’s take in 2021, according to Comscore.

Losses for the Cineworld stock have thus continued into 2022 with Cineworld shares down 2.6% since the start of the year.

In the first six months of 2021, Cineworld burnt through $45m each month and made an adjusted pre-tax loss of $659m as the pandemic meant audiences stayed away from cinemas. In July 2021, cinema attendance levels were 57% of what they were two years earlier. To stay afloat, Cineworld secured $400m in liquidity in the form of loans and convertible bonds, along with $203m from the US Cares Act tax refund.

Things are now improving at the box office. Cineworld reported that box office and concession revenue in December 2021 was 88% of December 2019 levels — a marked improvement from earlier in the year.

“We are pleased to see continued strong demand among audiences for cinema experiences, supported by a slate of high-quality and high-performing movies. This demonstrates that fans are continuing to choose the unrivalled theatrical experience,” said Cineworld CEO Mooky Greidinger in a statement.

In 2021, the US box office pulled in $4.5bn in sales, up 101% year-on-year, according to Comscore. Helping bring moviegoers back has been a stronger content line-up towards the end of last year, which translated into improved ticket sales. Daniel Craig’s James Bond swan song No Time To Die blasted past $730m at the global box office, while Spiderman: No Way Home has become the third-biggest movie ever in the US.

Last year Warner Bros released its entire content slate on demand through HBO Max. Dune was its biggest success with a $40m opening weekend, going on to earn over $108m at the box office. However, Matrix Resurrections scored a disappointing $10m opening before going on to earn just over $38m at the US box office. This year the company has switched to a theatrical-first model, starting with the March release of The Batman, which is tracking for a $120–130m opening weekend in the US.

The PR around Cineworld Day focused on 2022’s line up of must-see blockbusters. Yet, March’s sparse line-up shows that major studios remain wary of releasing big-budget productions against each other.

The Batman won’t face a serious challenge at the box office until Sandra Bullock and Channing Tatum’s romcom The Lost City comes out on 25 March. The superhero film will be available on demand 45-days after its theatrical release, in a sign that Warner Bros is hedging its bets with a shortened cinema-only window.

April sees the release of the Harry Potter spin-off Fantastic Beasts: The Secrets of Dumbledore, while Doctor Strange in the Multiverse of Madness and Top Gun: Maverick are set to come out in May. If these can deliver strong opening weekends, then Cineworld shares could see some uplift, but it’s clear studios are still testing the waters when it comes to their release strategy.

Analysts on the fence

Berenberg reiterated its ‘hold’ rating on Cineworld stock in January along with a 85p price target, according to data from MarketWatch. In June last year, Berenberg analysts said there were “too many unknowns” regarding Cineworld’s future, adding the pandemic was a “black swan” event that had fundamentally changed the way movies will be distributed — notably shorter exclusivity windows for cinemas will become the norm. Barclays is also sitting on the fence, having reiterated its ‘equal weight’ rating on Cineworld shares in November.

Given the falls in Cineworld’s share price, the stock could be cheap. Promotions like Cineworld Day will raise the company’s profile, however investors should pay close attention to the fundamentals and any strategic outlook offered when the cinema chain releases full-year 2021 results on 17 March.

Source: This content has been produced by Opto trading intelligence for Century Financial and was originally published on www.cmcmarkets.com/en-gb/opto/can-a-string-of-new-blockbuster-releases-boost-the-cineworld-share-price.