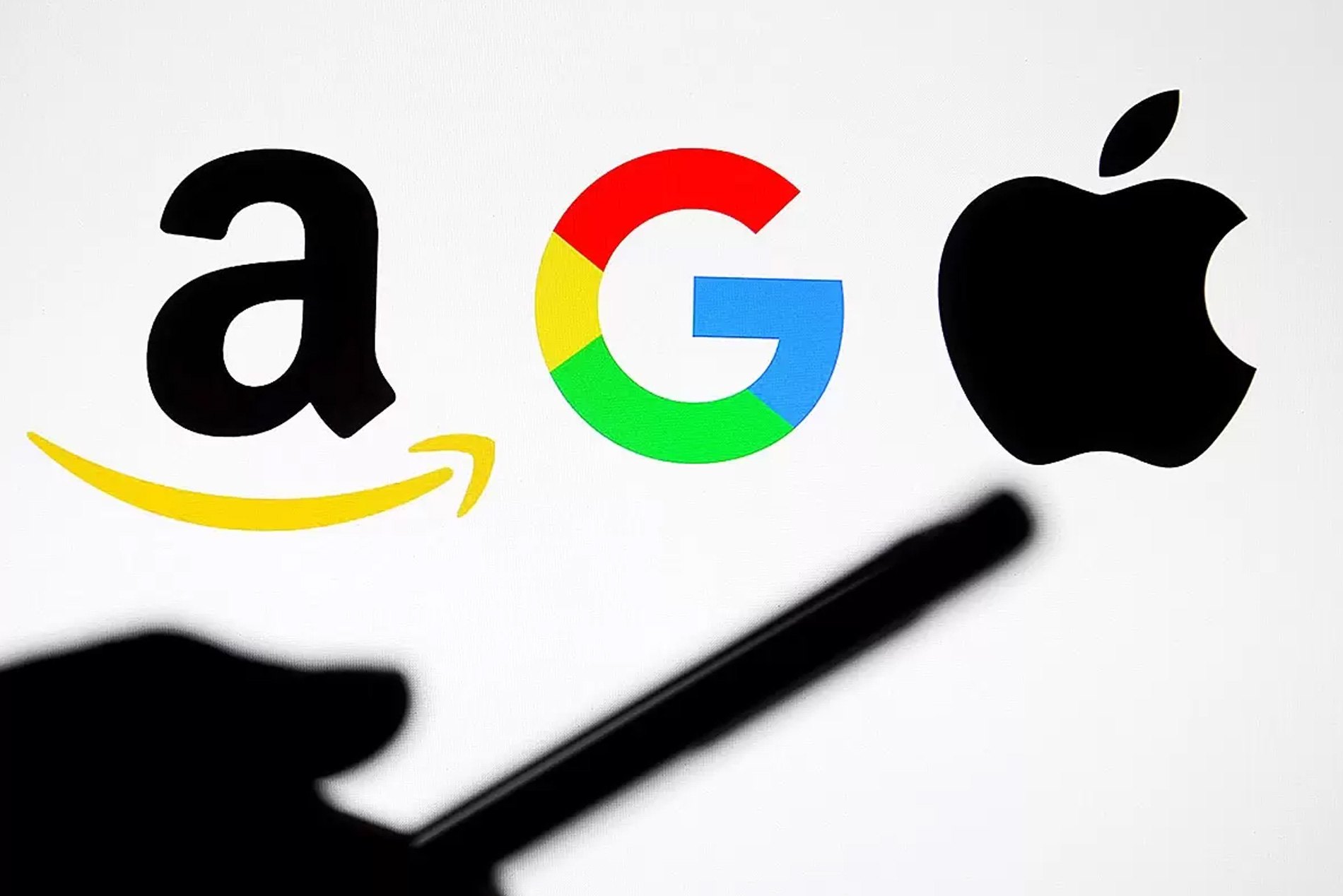 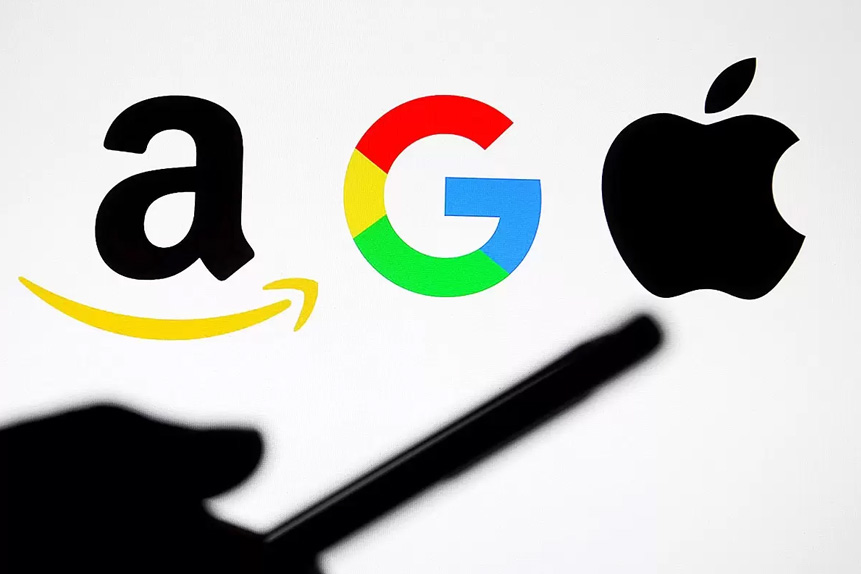 All three tech majors Apple, Amazon and Alphabet are expected to report high revenue growth in the Jan–Mar quarter, but numbers are likely to be subdued compared with pandemic lockdown times a year ago. The companies will need to issue rosy outlooks to restore investor confidence in the sector.

Three tech giants are due to announce quarterly earnings this week. Google parent Alphabet [GOOGL] is set to report on Tuesday 26 April, while Amazon [AMZN] and Apple’s [AAPL] earnings updates will be announced on Thursday 28 April.

Big tech firms are grappling with trying circumstances in 2022. Business has been impacted by supply chain squeezes, inflation amid war in Ukraine and Covid-19-related lockdowns in China. The stocks are hurting even more because of the tech selloff and the broader shift from growth to value.

Investors are eyeing this week’s quarterly announcements, especially Apple, which could help turn the fall in shares of many of its peers.

Alphabet is expected to post revenues of $68.1bn, up 23.1% from the year-ago quarter, and earnings of $25.89 per share for the quarter ending March 31, down 1.5% from the first three months of 2021, according to average estimates from 51 analysts polled by CNN.

Apple is forecast to report $94.1bn in quarterly revenue, up 5% year-over-year, while earnings per share are expected to come in at $1.43, up 2.1% from the year-ago quarter.

After reporting knockout fourth-quarter earnings in February, with sales coming in at $75.3bn and earnings at $30.69 per share, Alphabet announced a 20-to-1 stock split. Its share price climbed 7.5% on the day after the news on 2 February, buoyed by strong advertising revenue and consumer online activity.

Although sales are expected to increase by 23.1% year-over-year, revenue growth appears small from the 32% jump Alphabet recorded in the December quarter.

According to IG Bank’s market analyst Hebe Chen, Alphabet’s growth is slowing down. “The high double-digit rates set in the wake of the pandemic recovery are likely to become history, leading to a combination of weaker ad-spend due to the slower economy,” Chen wrote.

in the last quarter of 2021, compared with AWS’s 40% and Microsoft’s 32%. Though its cloud business currently only accounts for about 7.5% of Alphabet’s revenue, the market is ripe for growth.

Analysts are broadly optimistic on Google stocks. In a note on 21 April, Credit Suisse analyst Stephen Ju maintained an ‘outperform’ rating on the stock. Though he lowered his price target from $3,500 to $3,450, he still believed that Alphabet’s Q1 results would once again beat expectations.

Apple also recorded strong growth in the previous quarter, boosted by strong holiday sales and easing of supply chain challenges. “What we expect for the March quarter is solid year-over-year revenue growth,” CEO Tim Cook said at the Q1 earnings call in January, adding that supply constraints in the March quarter had eased. Apple follows a financial year from 1 October to 30 September.

Morgan Stanley analyst Katy Huberty forecast blockbuster revenues for Apple, with iPhone and Mac sales likely to be especially strong in a pre-earnings note to investors. Huberty maintained a price target of $210 on the stock, and Morgan Stanley values Apple’s hardware business at six times profit-to-earnings and the service segment at 10.6 times.

Although short-term headwinds such as semiconductor shortages remain, a recent report from StockApps.com said that iPhone maker has gaining share globally in the smartphone operating system market. While rival Android (which together with Apple’s iOS makes up almost 100% of the market) has seen its share decline, iOS has increased from 19.4% of the global market in 2018 to 25.49% in January 2022.

Despite plenty of reason to be optimistic, the Apple share price has fallen 7.3% since the end of March to close at $161.79 on 22 April. In part, this is a result of the continuing impact of Covid-19 lockdowns in China, which have temporarily halted production at facilities in Shanghai, where around half of Apple’s top 200 suppliers are located. A strong earnings report, and reassurance that the company can navigate this disruption, could help improve investor confidence in the stock.

Online retail giant Amazon has had a mixed few quarters, beating consensus earnings estimates in the December quarter but missing in the two quarters prior to that.

It’s been a bumpy few months for the Amazon share price too. Following a decline in January, the stock rallied after better-than-expected Q4 results in February and the announcement of a 20-for-1 stock split in March. It has since dropped off from these highs. The stock’s 13.4% year-to-date decline at the close on 22 April was slightly less severe than the tech-heavy Nasdaq Composite’s 17.9%. Given the stock climbed 14% in after-hours trading after its Q4 announcement, another strong set of results could help reverse these losses.

Rising inflation and supply chain disruption have weighed on Amazon and are expected to depress demand on the online retail side, but the company’s business is extremely diversified. Its AWS cloud computing segment and advertising revenue should help to shield the company from any impact, as it did in the previous quarter.

In the final quarter of 2021, quarterly online ad sales grew 32% year-over-year to $9.7bn, while AWS revenue was up 40% to $17.8bn. This pace was considerably ahead of Amazon’s overall sales, which grew 9% from the year-ago quarter. Another potential boost this quarter could come from its Prime subscription offering — at its Q4 earnings call, the company announced that annual Prime fees would increase by $20.

Overall, analysts are still bullish on Amazon stocks ahead of the March quarter earnings update. According to 52 analysts polled by MarketScreener, the stock has a consensus ‘buy’ rating and an average price target of $4,056.96, representing a 40.5% upside on its 22 April closing price. Credit Suisse’s Ju remained optimistic on Amazon’s Q1 results, maintaining an ‘outperform’ rating on the stock. Ju cited higher ecommerce margins, free cash growth from advertising revenue and AWS expansion as key growth drivers.

Source: This content has been produced by Opto trading intelligence for Century Financial and was originally published on www.cmcmarkets.com/en/opto/can-apple-amazon-and-alphabets-earnings-reverse-growth-stock-decline.