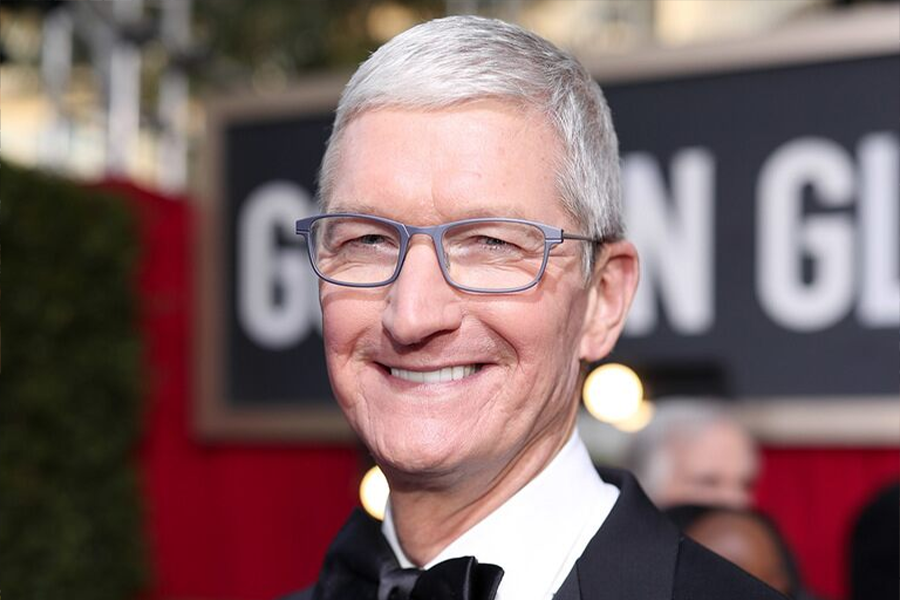 Apple's [AAPL] share price hitting an all-time high of $331.75 last week is an astounding show of resilience considering where the markets were a couple of months ago.

The share price had slid at the end of February as the coronavirus pandemic disrupted iPhone production and shuttered Apple Stores. However, since 23 March, Apple's share price is up over 48% as optimism returns to the market. This roughly follows the S&P 500's own 43% gains in the same period as traders bet on a speedy economic future and Apple’s ability to shift iPhones this year.

But is this positivity justified? Or should Apple’s share price investors rein in their optimism? 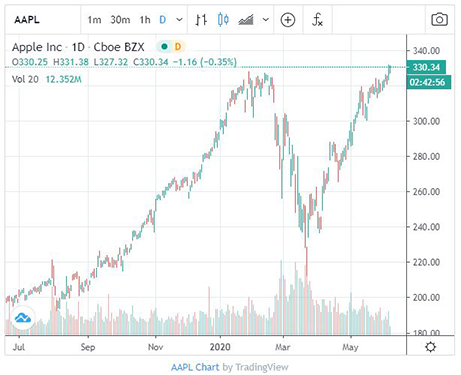 iPhone sales could make or break Apple's share price this year. According to a Gartner report, smartphone sales tanked 20% in the first quarter of the year. For Apple the damage was less severe than some of its rivals, coming in at an 8% decline.

Now, supplier Broadcom has hinted at a delay in production. This could cause problems for Apple. Usually, the company announces a new phone in September. But a production delay could push this back to mid-October, meaning Apple loses out on the lucrative last three months of the year - ie holiday sales. Not good news for Apple’s share price.

But have the markets already priced this into the share price?

“This [delay] is not entirely surprising to us, as our model assumed the 5G iPhone would be delayed by roughly a month due to supply chain disruption and certain yield issues on 5G components,” Barclays analyst Tim Long said in a note to investors.

More clues on the next iPhone's release will come on 22 June at Apple's virtual Worldwide Developers Conference.

Apple's decision to diversify into subscription services has helped it weather the coronavirus outbreak. In the latest quarter, revenue from subscription-based services like Apple Music and iCloud were up 16%, coming in at $13.34 billion.

In the longer-term, JP Morgan analyst Samik Chatterjee reckons subscription streaming service Apple TV+ will have over 100 million subscribers by 2025. Apple’s streaming service has made a relatively slow start but the company is looking to pump money into original content production and expand its content library. Whether this is enough to hit the 100 million mark in five years remains to be seen.

Analysts on the FT have an average $325 target on Apple's share price. This would actually see a 1.96% downside on the current share price. Of the 39 analysts, 12 rate the share price Buy and 17 rate it Outperform. For investors, there's also the added bonus of a 1.02% forward dividend yield.

Wedbush analyst Daniel Ives has increased his share price target from $350 a share to $375. Hitting this would represent a 13% upside on the current share price. Ives believes that iPhone sales could benefit from both pent up demand and the upcoming switch to 5G.

“With roughly 350 million ...iPhones in the pent up ‘window of an upgrade opportunity,’ we believe [Apple] has a unique opportunity to capture this delayed supercycle opportunity with a major 5G cycle on the horizon which will include a host of new smartphone versions/models for iPhone 12.”

Ives isn't alone in backing Apple's share price for bumper growth. In May, Steven Fiorillo wrote on Seeking Alpha that he expects the stock to hit $400 by October 2021. That would see a 20% upside based on the current price.

Apple itself seems confident in the stock, having announced plans to buy back $50 billion in its own shares. Investors could take that as a sign of more highs to come.