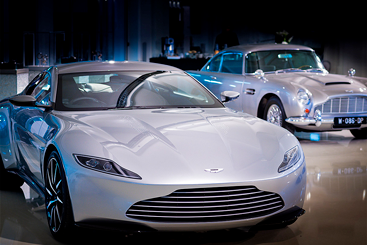 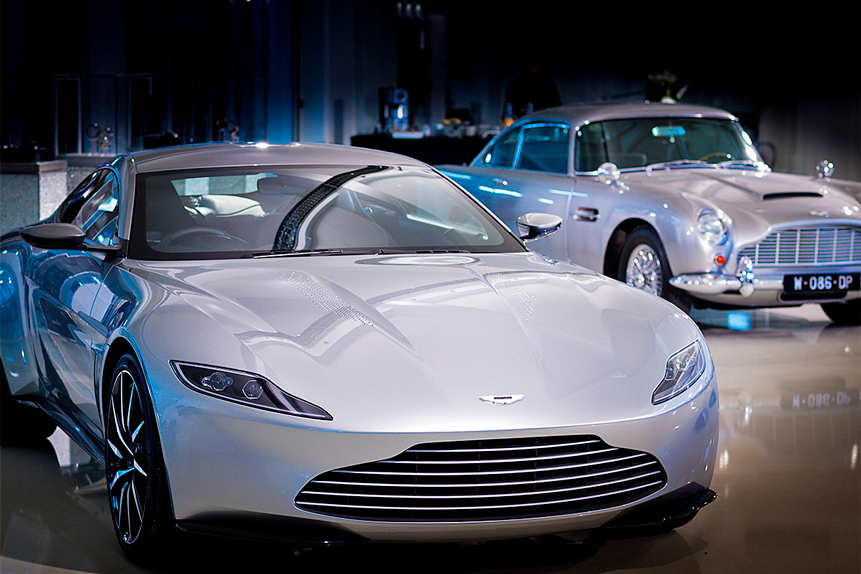 Why the rough ride for James Bond's favoured car manufacturer? Put simply, the coronavirus has meant a slump in sales. In the third quarter of the year, Aston Martin shifted 982 units, down 34% compared to the same period last year.

That said, Aston Martin’s share price has accelerated 40% since 28 October. Providing fuel for the previously stuttering stock is a new financing plan and Daimler's [DAI] Mercedes Benz, which has upped its stake in the British motor company to 20%. 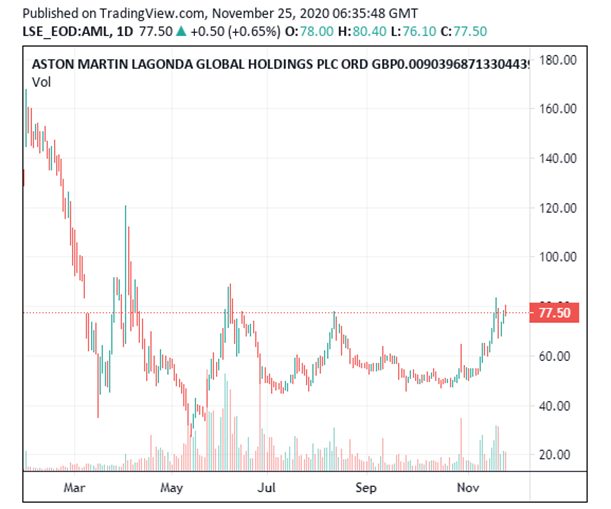 What does the deal mean for Aston Martin's share price?

Aston Martin’s share price seems to be benefitting from the firm’s claim it will raise £1.3bn in refinancing, including taking on new debt, and a further £125m through a share issuance. It will also get access to hybrid and electric technology through its deal with Mercedes Benz.

“We already have a successful technology partnership in place with Aston Martin that has benefitted both companies. With this new expanded partnership we will be able to provide Aston Martin with access to new cutting-edge technologies and components,” Mercedes' chief of product Wolf-Dieter Kurz said in a statement.

The deal is another sharp turn in a year that has left investors shaken rather than stirred. In January, billionaire Lawrence Stroll pumped £500m into Aston Martin as part of a rescue package in exchange for 25% of its shares. Stroll promptly overhauled the senior management team, including replacing then-CEO Andy Palmer with Tobias Moers, former head of Mercedes' performance unit.

How has Aston Martin performed this year?

Aston Martin’s share price blues this year more than justified this drastic personnel shake-up, with a series of poor earnings results affecting the stock. Revenue in the third quarter came in at £124m, down from the £250m posted in the same period the previous year. Adjusted losses came in at £29m, compared to the £43m profit last year.

The third quarter numbers come on top of punishing half-year results, which saw Aston Martin post a first-half operating loss of £159.3m at the end of July, a significant jump on the loss of £38.9m over the equivalent period last year.

Aston Martin's share price may benefit in the longer term from the raising of new debt, which is set to fund an ambitious new business plan. The plan targets £2bn in revenue and £500m in adjusted EBITDA by 2024/25, along with a targeted annual capital expenditure of £250m-£300m per annum between 2021 and 2025.

Aston Martin said that the new financing would strengthen its financial resilience and growth ambitions, leading to an extra £500m in cash to spend.

"The plan will be underpinned by the new proposed financing that we are announcing today to strengthen the balance sheet, extend the debt maturity and improve liquidity," Stroll said in Q3 2020 results.

As Rupert Steiner writes on Barron's, however, this will be the luxury car manufacturer’s third equity issue this year. Aston Martin’s share price troubles suggest that the previous attempts failed to convince investors that the company is on the path to recovery. Shareholders will now need to see the firm deliver on its targets if the stock is to accelerate any further.

Among the analysts tracking it on the Financial Times, the stock carries an average price target of 49.50p. As of close on 23 November, Aston Martin’s share price had outstripped this target by 55.5%.