Can Blink Charging And ChargePoint's Share Prices Power Up? 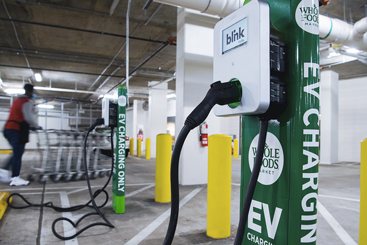 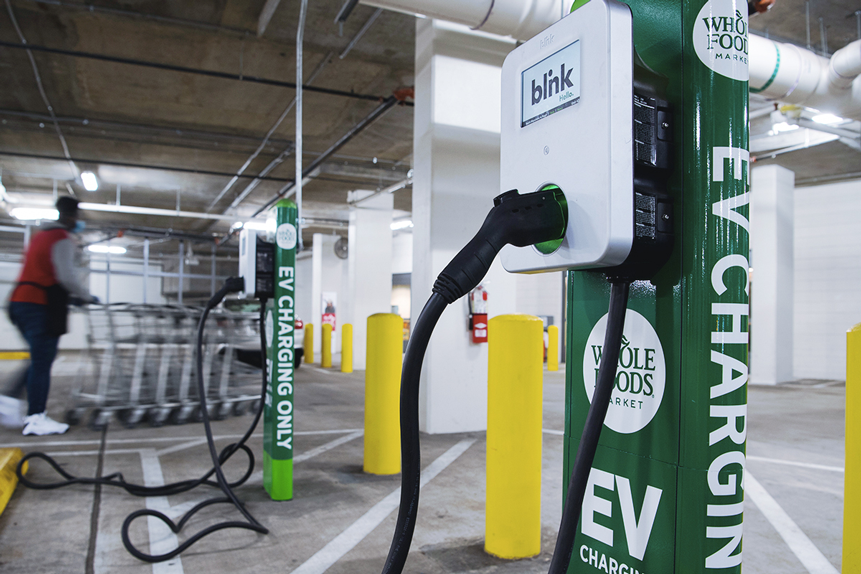 GM’s Ultium Charge 360 App pools together charging stations from Blink Charging, ChargePoint, EVgo EV Connect, FLO, SemaConnect, and Greenlots to provide access to a network of 60,000 charging stations in the US and Canada. On the app, a user will be able to find real-time information on a station and even pay for charging, although the coverage isn’t 100% as it doesn’t include Volkswagen's [VOWG] US public charging network Electrify America.

"GM agrees with the customer need for a robust charging experience that makes the transition to an EV seamless and helps drive mass adoption," said Travis Hester, GM's chief EV officer. "As we launch 30 EVs globally by the end of 2025, Ultium Charge 360 simplifies and improves the at-home charging experience and the public charging experience — whether it's community-based or road-trip charging."

How did Blink Charging and ChargePoint's share prices react?

Despite the news, Blink’s share price gains were short lived, finishing last week down 2.2%. In early March, the stock had accelerated after Cowen started coverage of the stock with an outperform rating, along with a $38 price target. According to Cowen, the company has potential for organic growth and M&A activity. However, Blink has missed analyst earnings expectations four quarters on the trot, making upcoming Q1 2020 results in May a must watch to see if Wall Street has a better read on the company.

ChargePoint’s share price fared better, ending last week up 4.1%. Like Blink, ChargePoint was also rated outperform in March by Cowen, with a $48 price target put on the stock.

"A unique business model with an emphasis on software and an integrated network position ChargePoint to succeed as the company of choice when it comes to EV charging," said Cowen MD Gabe Daoud, according to Seeking Alpha.

Ultium Charge 360 wasn’t the only big news surrounding GM in what has been a bumper couple of weeks for EVs. GM has invested $1bn in a plant in Mexico that will begin producing at least one EV by 2023 — part of its $27bn investment plan to only offer EVs by 2035,

In other news, Tesla [TSLA] generated more than $1bn in non-GAAP net income for the first time, it said during its first-quarter earnings call. The quarter saw booming sales for the company and helped push its EPS up 304% year over year. Tesla had already revealed a record 185,000 deliveries last quarter, easily beating Chinese rival Nio [NIO], which also delivered a record circa 20,000 cars in the same quarter. Still, rising margins and lower costs didn’t stop Tesla’s share price falling post-earnings as investors digested news that supply chain issues would continue to be a challenge this year.

Toyota also recently piqued investor attention by announcing a new EV SUV, the Toyota [TYT] bZ4X, the first of 70 EV models that Toyota is planning to roll out by 2025.

While much of the coverage of EV stocks has focused on automobile manufacturers, it's the network suppliers who will provide the necessary infrastructure to keep EVs on the road.

According to a 7 March Business Insiderreport, the US has 1.8 million battery-powered cars on its roads, yet there are only 100,000 charging plugs at approximately 41,000 locations. That makes range anxiety — the fear of running out of power before getting to a charger — an easy to understand concern. Part of the appeal of Ultium Charge 360 is that it offers up-to-date information on chargers, reducing the anxiety of both finding a charger within range and ensuring you’re not heading towards a broken charging point.

GM is also working with EVgo to launch fast charging stations, with the aim to have 2,700 available across the US by 2025.

If governments and EV manufacturers are going to achieve their ambitious targets to transition to electric vehicles, aggressive action is needed. US president Joe Biden has called for 500,000 charging stations to be built over the next decade, to cope with a potential 35 million EVs on US roads by then.

As the transition to EVs continues, along with the necessary infrastructure rollout, stocks like Blink Charging, ChargePoint and EVgo — once it goes public via a SPAC —ds will be ones to watch, along with the likes of Tesla and GM.