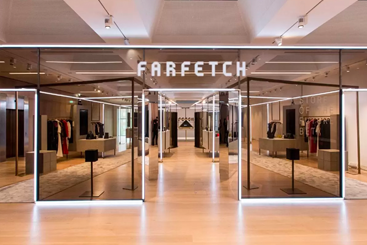 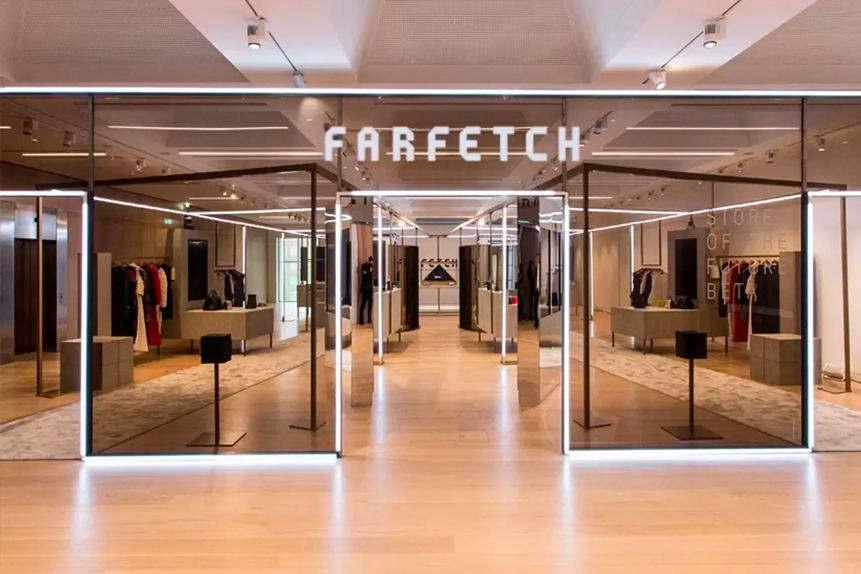 The Farfetch [FTCH] share price has surged from just $11.11 at the close on 2 January 2020 to a high of $73.35 at the close on 19 February 2021. Shares in the online platform for the global luxury fashion industry were boosted by more brands shifting online during the coronavirus pandemic as physical stores were closed and international travel restricted.

In 2020, the group – which stocks more than 3,500 brands, such as Gucci [KER.PA] and LVMH [MC.PA] – posted revenues up 64% to $1.7bn and its first-ever positive adjusted earnings before interest, taxes, depreciation, and amortisation (EBITDA) of $10m in the fourth quarter.

However, a fourth-quarter loss after tax of $2.3bn disappointed investors.

Indeed, that – and the general move away from tech stocks as investors feared higher interest rates and inflation – contributed to the Farfetch share price plunging to $37.24 at the close on 13 May. There were also concerns that, as society reopened, luxury consumers would re-board their private jets and zoom off to stores in Paris and London for their goods rather than shopping online.

One other negative factor was the collapse of family office Archegos Capital Management, which subsequently sold off large stakes in Farfetch, further hitting sentiment.

Despite these setbacks, Farfetch management remains bullish believing that there is a $300bn market opportunity for it to keep chasing.

Notable investor Howard Lindzon, the founder of Social Leverage, is bullish on the “fashology” theme. “Today, the richest people in the world are Jeff Bezos and Bernard Arnault. Bernard traffics cognac and handbags as the leader of LVMH and Jeff traffics the cloud,” he wrote in a recent blog post.

“I think it’s cool that fashion still matters. The biggest company in the world is the best at blending fashion and technology and that is Apple [AAPL]. I also think Amazon [AMZN] and LVMH should/will make acquisitions that bring Amazon more fashion and LVMH more technology.”

Much of the risk associated with Farfetch is related to competitive vulnerability. Its platform helps luxury brands, mainly smaller fashion boutiques, develop their digital propositions. If the brands decided that it would be more economical or reputationally beneficial to develop and run their own sites independently then that would affect the Farfetch share price. It is also vulnerable to e-commerce giants such as Amazon setting up rival luxury fashion platforms.

It also faces recessionary risks with some customers unlikely to continue shopping for luxury goods during tough times and trading down – although when it comes to high-end luxury consumers the model looks quite defensive as these are often the last people to be affected by a downturn.

Another plus is the company’s diversification. It operates UK boutique Browns and sneakers marketplace Stadium Goods, which sell luxury products, and New Guards Group, a platform for the development of global fashion brands.

As of 17 August, its market cap of $15.3bn is relatively low for a tech firm given its solid revenue performance but negative earnings of $9.77 per share is a concern.

Farfetch is releasing its second-quarter earnings on 19 August.

According to Zacks Investment Research, Farfetch is expected to post a quarterly loss of $0.38 per share, a 70.5% improvement compared to the same period last year. Revenues are expected to be $504.7m, up 38.4%.

JPMorgan analyst Doug Anmuth believes Farfetch is a compelling buying opportunity. His view is based on Farfetch’s “well established e-concessions model that attracts more brands and inventory to the platform and its strong position in the high growth China luxury market through both the Farfetch app and recently launched a store on Alibaba’s Tmall Luxury Pavilion”. He believes Farfetch should see its first full year of EBITDA profit in 2021 with a “path to greater scalability over time”.

José Neves, Farfetch founder, chairman and CEO, said in a statement alongside the earnings: “Farfetch is off to a tremendous start in 2021 with stronger than expected acceleration in the business in the first quarter and higher full-year growth expectations than initially anticipated. Our brand partnerships have never been stronger.”