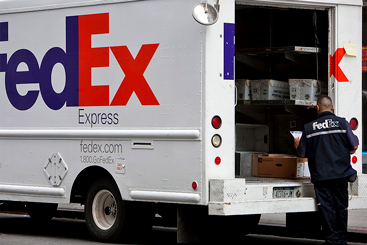 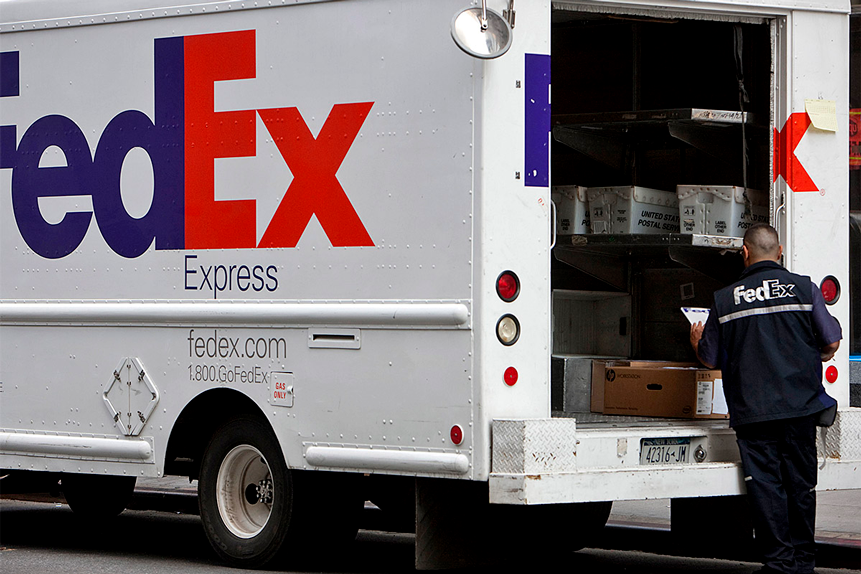 Although FedEx’s [FDX] share price was initially slow to recover from its March slump, prompted by the wider market selloff, the delivery company’s stock has soared in recent months. As the company prepares to release its second-quarter results, due on 17 December, is there any room for FedEx’s share price to keep on growing? 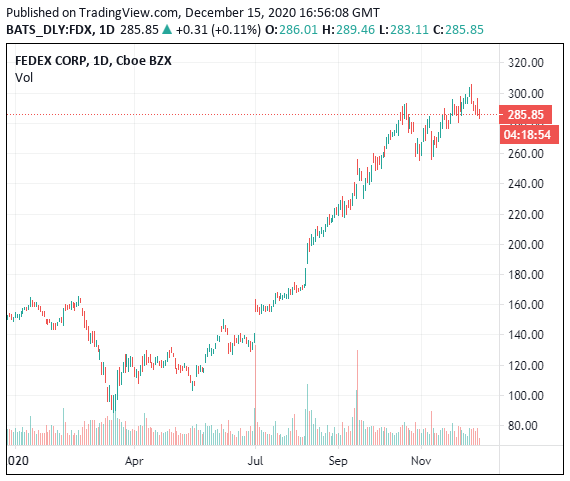 FedEx’s share price had been following an upward trajectory ever since. On 8 December, the stock crossed the $300 threshold for the first time in its history, when it hit an intraday high of $303.65, before closing at $301.45. This marked a 101.9% year-to-date rise, and an incredible 235.7% jump from its March low.

Can FedEx supply another surprise?

When FedEx released its first-quarter earnings for fiscal year 2021 on 15 September, it announced earnings of $4.87 per share, which beat the consensus estimate from Zacks Equity Research of $2.59 per share by 88% and marked a growth of 59.7% from the year-ago period’s $3.05 per share.

This marked the second consecutive quarter that FedEx beat earnings estimates. Over this period, the company has delivered an average earnings surprise of 37.7%.

Revenues came in at $19.32bn for the quarter ended 31 August. This beat the Zacks consensus estimate by 10.7%. As well as marking a 13.3% growth from the year-ago period’s revenues of $17.05bn, this was the third of the last four quarters that saw FedEx surpass revenue estimates.

The morning after the positive results were announced on 15 September, FedEx’s share price opened up 7.1% the next morning, and went on to close 5.8% higher than the previous session.

Looking ahead to the next set of results, FedEx is expected to post earnings of $3.86 per share, while revenues are projected to total $19.24bn. For the full year, Wall Street expects FedEx to post earnings of $15.57 per share and revenues of $76.45bn, marking respective changes of 63.9% and 10.5% year-over-year.

Allison Poliniak-Cusic, analyst at Wells Fargo, maintains a Buy rating on FedEx stock and has increased her price target from $286 to $331, according to Barron’s. “One main source of continued optimism is IATA data,” the analyst wrote in a note.

Poliniak-Cusic is referring to the International Air Transport Association, which delivered data in December to suggest that worldwide cargo capacity is down 22.6% year over year because many commercial airlines are grounded. Despite the drop in capacity, the demand for shipping services has stayed high.

“We believe that such tight capacity is providing enhanced pricing power, and we do not see any meaningful changes to capacity over the next year,” noted Poliniak-Cusic.

Meanwhile, the consensus recommendation among 28 analysts polled by CNN Money is to Buy FedEx. This rating is held by a majority of 17 analysts, with seven suggesting to Hold the stock, three giving it an Outperform rating and one rating it Underperform.