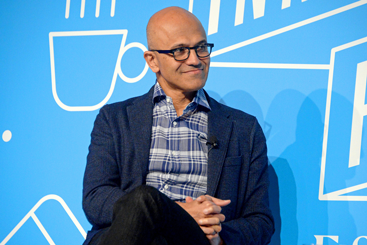 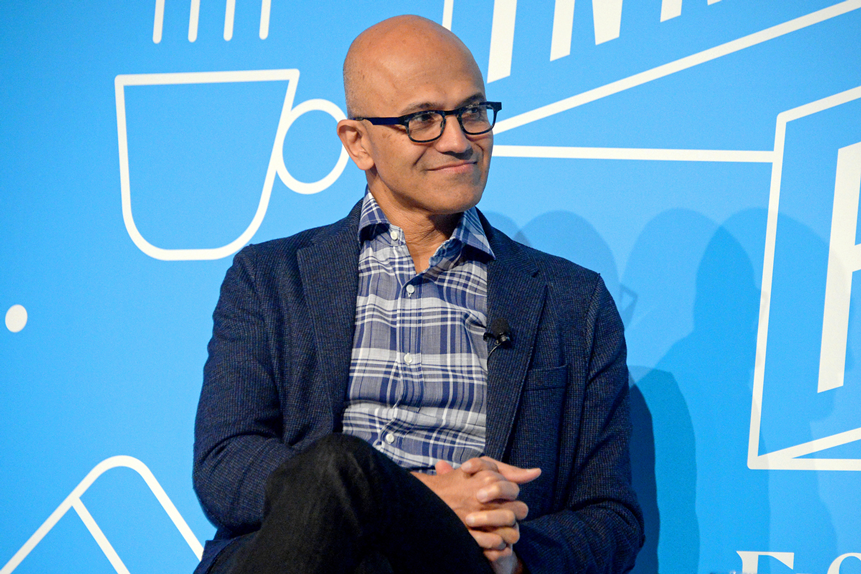 Microsoft's [MSFT] share price has been on a winning streak this year, resulting in the tech giant becoming the second US company to hit a $2trn market cap, joining Apple in this exclusive club.

How did it hit this milestone? Since taking the helm in 2014, Chief Executive Officer Satya Nadella has guided Microsoft to become one of the dominant players in the cloud computing and enterprise software market through products like Azure and Microsoft 365.

In that time, Microsoft’s share price has surged circa 600% (as of 25 June’s close), and analysts reckon there could be more gains ahead thanks to a product line up that has benefitted from the digital acceleration caused by the COVID-19 pandemic.

"We have seen two years' worth of digital transformation in two months. From remote teamwork and to sales and customer service to critical cloud infrastructure and security, we are working alongside customers every day to help them stay open for business in a world of remote everything," said Nadella after Microsoft’s last earnings call.

Microsoft’s share price has gained 19.2% since the start of the year. While the stock tumbled in spring’s tech selloff, since the 12 May the stock has gained 7.6% (as of Friday’s close), steadily trending upwards, outpacing both Amazon [AMZN] and Apple [AAPL]. Going in Microsoft’s favour has been a lack of attention from regulators, with antitrust investigations giving investors in Amazon and Apple the jitters.

While Microsoft closed Friday with a market cap a shade below the $2trn, Wall Street still expects further upside in Microsoft’s share price. On Yahoo Finance, the stock carries an average $297.56 analyst price target - hitting this would see a Y% upside on Friday’s close.

How is cloud computing adding to Microsoft’s share price?

Microsoft was a big stay at home play in 2020. Not only did office workers get reacquainted with their Xboxes, use Microsoft Teams and Office 365 to get work done, but their employers also shifted legacy systems to cloud computing platforms like Azure.

The Intelligent Cloud segment, containing Azure, saw its revenue come in at $15.1bn in the three months up to 31 March, topping the $12.3bn seen in the same period the previous year. Server products and cloud services revenue increased 26% year-on-year, driven by Azure revenue growth of 50%.

Microsoft enjoys an incumbent position, with many companies and organisations already using its software. Azure also benefits from its ability to work with other cloud services, helping enterprises that want to connect to multiple cloud services through one provider.

The markets have taken notice. Since the start of April 2020, when most of the world was going into its first lockdown, Microsoft’s share price has performed even better, up around 72% as of Friday’s close, topping Amazon’s 19% gain over the same period.

Simply put, Microsoft will no longer live or die based on the strength of Windows alone. According to Bloomberg, the Intelligent Cloud segment represented 33.8% of Microsoft’s 2020 revenue, making it the Washington-based company’s largest business segment. So even if Windows 11 is a dud, Microsoft will still likely continue to perform strongly because of the sheer depth of its product offering.

“Microsoft checks all the boxes: it is in the markets that investors favor, it offers strong and sustainable growth, and it remains very well positioned to capitalize on the long-term secular trends we see in technology,” said Logan Purk, an analyst at Edward Jones. The analyst noted that the $2trn market cap “is warranted, given how it has pivoted toward the cloud, and it remains attractively valued even given the strong performance.