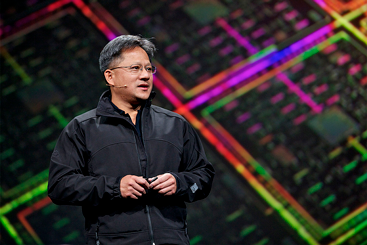 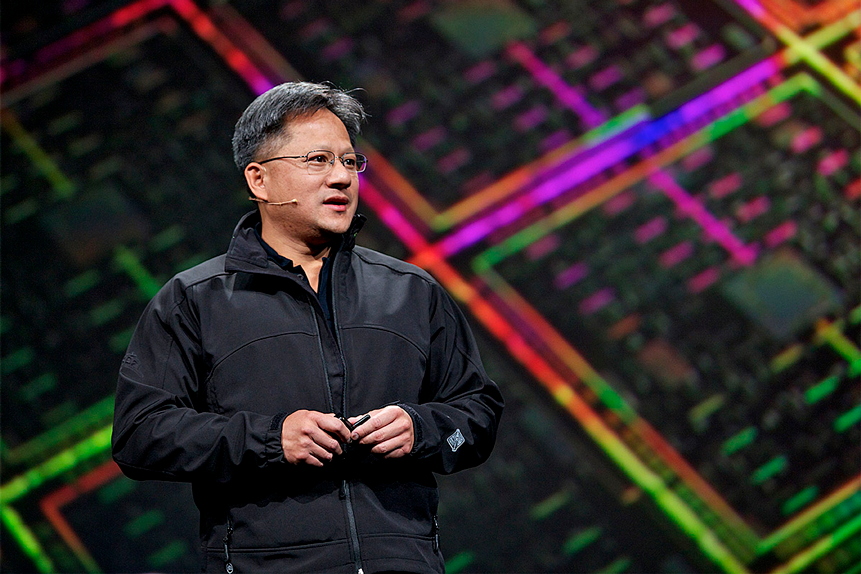 Nvidia’s [NVDA] share price has grown steadily over the last year. On its worst day of trading in 2020, the stock closed at $196.19 on 16 March and, although this marked a 16.5% year-to-date fall, the loss was relatively minor compared to the broader market. For example, the Nasdaq’s [IXIC] 2020 low saw it close down 23.5% year-to-date.

Nvidia’s share price recovered most of its lost value within two weeks and, by early May, the stock had topped its pre-March peak of $314.70 — a value it hasn’t fallen below since. The stock continued to rally over the summer, reaching a new intraday high of $589.07 on 2 September, before closing at $573.69 — up 144.2% for the year to date.

Although Nvidia’s share price tumbled shortly after — falling 17% to close at $476.38 on 8 September — it was quick to bounce back and beat its previous record when it closed at $582.31 on 6 November. 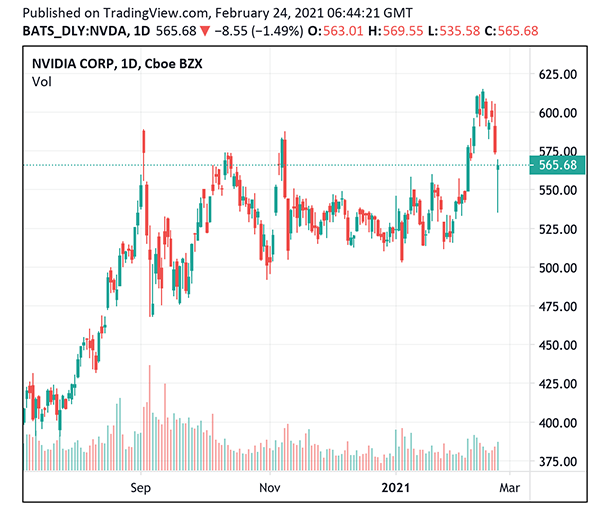 More recently, Nvidia’s share price has climbed even higher and closed at $613.21 on 16 February — up 112% over a 52-week period. As the tech giant prepares to announce its fourth-quarter results on 24 February, what can investors expect, and how will the results affect the semiconductor market?

When Nvidia released its third-quarter results on 18 November, it posted earnings of $2.91 per share, which beat the Zacks consensus estimate of $2.57 per share by 13.2% and marked a growth of 63% from year-ago earnings of $1.78 per share.

On the other hand, revenues came in at $4.73bn for the quarter ended 25 October, beating the Zacks consensus estimate of $4.42bn by 7% and marking year-over-year growth of 57%.

Colette Kress, executive vice president and CFO of Nvidia, credited the company’s gaming revenue, which reached “a record $2.27bn, up 37% year-on-year, and ahead of our high expectations”, for the better-than-expected results. Nvidia’s new Ampere GPU architecture drove much of this increase and was met “with excellent demand across our major market platforms”. For Jensen Huang, Nvidia’s CEO, the company’s “terrific” quarter signalled that it was “firing on all cylinders”.

However, when looking at the 52 weeks to 22 February, the fund’s growth seems to be catching up; it was up 73% over the previous year, compared to Nvidia’s 95.5%.

Looking ahead to the chipmaker’s upcoming report, Zacks predicts it to post earnings of $2.80 per share and revenues of $4.83bn, which would mark year-over-year changes of 48.2% and 55.4%, respectively.

According to The Fly, William Stein, a senior analyst at Truist Securities, selected Nvidia’s stock as one of his best growth ideas for 2021. He highlighted the opportunity for its chip technology to be used in applications, such as server acceleration, artificial intelligence, gaming and autonomous driving.

Stein believes that Nvidia is being “driven less by the raw performance of its chips, and more by its culture of innovation, an ecosystem of incumbency, and software investment”.

However, Nvidia’s September announcement about plans to acquire UK chipmaker Arm Holdings for $40bn has hit an antitrust wall, as regulators from the UK, US, EU and China look to open investigations.

Complaints from tech giants, such as Google [GOOGL], Microsoft [MSFT] and Qualcomm [QCOM], have arisen over concerns that Nvidia may limit its rivals’ access to Arm’s technology or increase prices. Since Arm’s energy-efficient chips architectures are used in 95% of the world’s smartphones, this could cause quite the ripple effect.

However, if the deal goes ahead, it could be good news for Nvidia’s investors. Analysts at Zacks Equity Researchnote that “the transaction will help the graphic chipmaker enhance its capabilities in chip designing and foray into newer business segments”.