Can Tencent’s share price level up after PUBG ban? 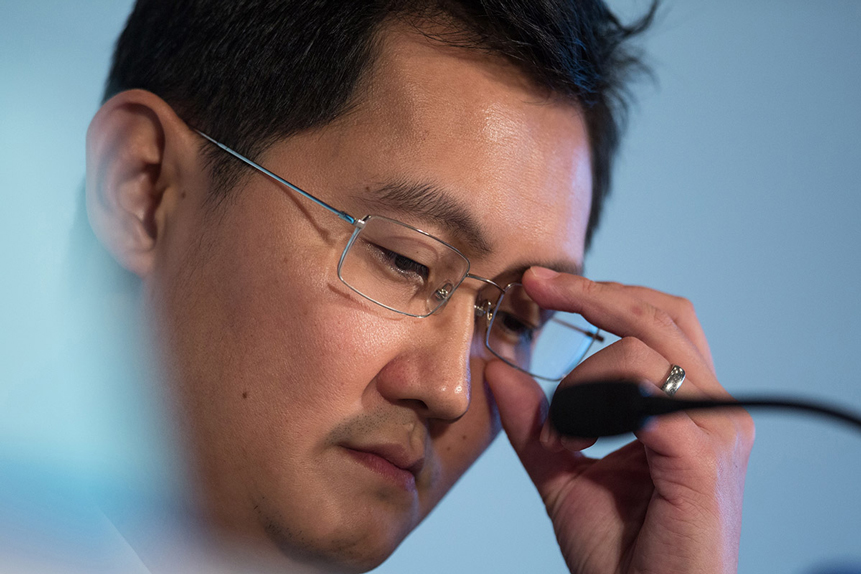 Tencent's [0700] share price has gained 38.5% so far this year (through 15 September’s close) as the tech company continues to deliver solid earnings results.

Powering the rise of Tencent’s share price has been revenue from online gaming, which grew 40% in the last quarter to come in at RMB38.29bn. Revenue from smartphone gaming came in at RMB35.99bn, a 62% year-on-year rise.

That said, Tencent's share price dropped in September after India banned its gaming app PUBG Mobile. For investors, could this be the time to pick up a Chinese tech giant at a discount? 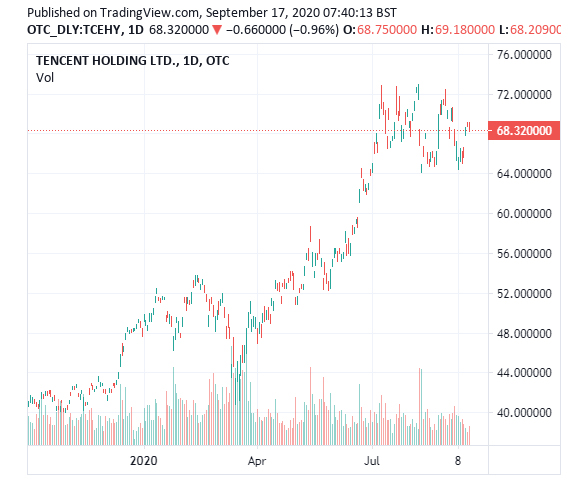 Tencent's share price is being driven by its wildly popular mobile gaming apps. Top of the pile is Player Unknown's Battleground, or PUBG for short, a free-to-play online battle royale with worldwide sales in excess of $3bn.

India was one of its biggest markets, with over 175 million downloads. On 6 September, however, it was game over for PUBG players in the country when Indian authorities banned the game. This ban saw Tencent's share price drop 5%, followed by a $34bn loss in market cap within two days.

The move comes amid simmering geopolitical tensions between India and China. According to the Indian government, the app was “prejudicial to sovereignty and integrity of India, Defence of India, Security of State and Public Order.” Along with PUBG, authorities banned another 117 apps.

What now for Tencent's gaming ambitions?

"We do not expect a significant material impact on [Tencent’s] revenue as India only accounted for 3% of the PUBG Mobile's [overseas] revenue in the past year."

While India might top downloads for the game, China is by far the biggest paying market. The country accounts for 52% of PUBG revenue, followed by the US which accounts for 14%. Most of this revenue is derived from in-app purchases.

Tencent itself has said that it plans to generate half of all online gaming revenue from overseas markets. However, expansion in the US could be challenging given current tensions between Beijing and Washington. Tencent could get around this is by forging partnerships with local publishers, for example, its tie-up with Activision to develop Call of Duty Mobile.

Shawn Yang, deputy head of research at Blue Lotus, told S&P Market Intelligence that the Middle East could also be a viable option for revenue expansion. The region has good mobile coverage and a strong demand for online games. The company could also focus its efforts on Southeast Asian countries, including Japan.

So, is Tencent a buy?

For now, Tencent’s share price will mostly likely be affected by how quickly it expands into overseas territories. While this could result in an initial slowdown in growth as it gets its strategy right, the pay-off could be worth it.

"We should not panic about the regulatory activities in India and the US," said Yang. "In the short term, [Tencent] definitely needs to slow down. But in the long term, it still has a chance to go overseas and grow in multiple markets".

Tencent's share price has an average 604.68 HKD target from the analysts tracking the stock on the Financial Times. Hitting this would see a 14.2% upside on the current price through 15 September’s close. Of the 46 offering recommendations, Tencent has 18 Buy ratings and 25 Outperform ratings.

For investors, Tencent’s share price as it stands could be an opportunity to buy shares at a discount before the price powers back up.