Can the Beyond Meat share price deliver an earnings surprise? 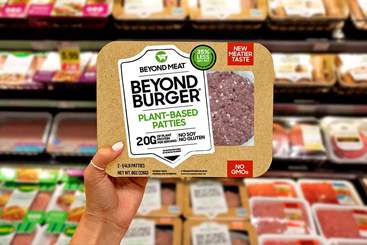 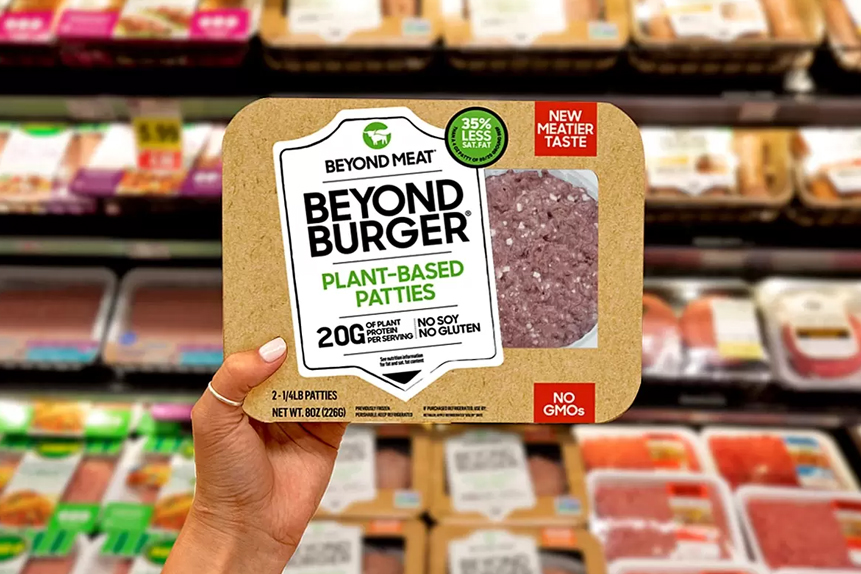 Beyond Meat is expected to report earnings for the quarter to June 2021 after markets close on 5 August. Zacks Equity Research analysts forecast 23.73% year-over-year growth in sales to $140.24m, while earnings per share are expected to fall to -$0.27. CNN Money’s analysts are slightly more optimistic, with consensus estimates of $141m sales and -$0.23 earnings per share.

The Zacks consensus estimates would see Beyond Meat’s sales increasing 29.66% from the previous quarter, while losses per share would have fallen 35.71% in the same period.

Analysts expect Beyond Meat’s sales to increase 38.39% to $562.95m in 2021, and to grow a further 48.91% to $838.28m in 2022. However, the pace of expansion of the business does not look set to bring Beyond Meat into profitability in that time, with losses of -$0.34 per share forecast for 2022. This inability to scale the business rapidly in the face of diverse competition could be weighing on the Beyond Meat share price.

Beyond Meat’s chairman and founder, Ethan Brown, recently told the BBCthat he backed a tax on activities, such as meat consumption, that have negative environmental consequences. Plant-based meat alternatives have struggled to compete with meat on price, and a recent Citibank survey indicates that 32% of people feel these products are too expensive. Morningstar analyst Rebecca Scheuneman feels that a meat consumption tax would benefit Beyond Meat and other plant-based meat producers by making their products cheaper relative to traditional meat.

Brown feels that economies of scale are crucial to reducing the cost of his products, which is why he has pursued partnerships with the likes of McDonald's [MCD] and Yum! Brands [YUM], the owner of KFC and Taco Bell, as well as Pizza Hut, which recently launched three pizzas featuring Beyond Meat products. Beyond Meat also set up shop in China with an online store on JD.com [JD], to cater to the increasing demand for plant-based foods in the world’s largest market for meat. The markets didn’t back the move, however, and the Beyond Meat share price fell 3.21% on 16 July, the day the store was announced.

Beyond Meat’s advocates might not view it as a component of the traditional food and beverage industry, though, and more as one that seeks to disrupt it. Their vision for the Beyond Meat share price is that it will grow over time as consumer attitudes towards plant-based foods shift.

Such investors might favour the ProShares MSCI Transformational Changes ETF [ANEW], which tracks an index of products and services associated with one or more of four transformational themes, one of which is “food revolution”. The fund is just outperforming the First Trust Nasdaq Food & Beverage ETF in the year-to-date (through 2 August) with gains of 8.8%. In comparison, First Trust’s Food & Beverage ETF had gained 8.1% in the year to date.